G.Skill unveiled their latest Trident Z Royal RGB memory at Computex which is an absolutely stunning product. The Royal RGB series is said to be the new entrant in the G.Skill Trident Z family and is aiming the premium market with a design that has no match in the market as of right now.

The G.Skill Trident Z Royal RGB is beyond conventional memory kits. The single DIMM displayed by G.Skill looked amazing with the crystalized RGB LED frame and a shiny metal finish on the outside frame. It deploys the same Trident Z RGB design pattern which we have known of but takes it to a whole new level. Feast your eyes upon the Trident Z Royal RGB in action:

G.Skill isn't sharing the price or availability of the memory module/kit at the moment but we are looking forward to the details that G.Skill will have to offer. Aside from the Royal RGB series, G.Skill was also showcasing other memory kits at their booth such as the Ares X, Flare X and Sniper X DDR4 memory along with tons of new additions to the G.Skill Ripjaws gaming peripherals brand. You can check out more from the booth in the following pictures: 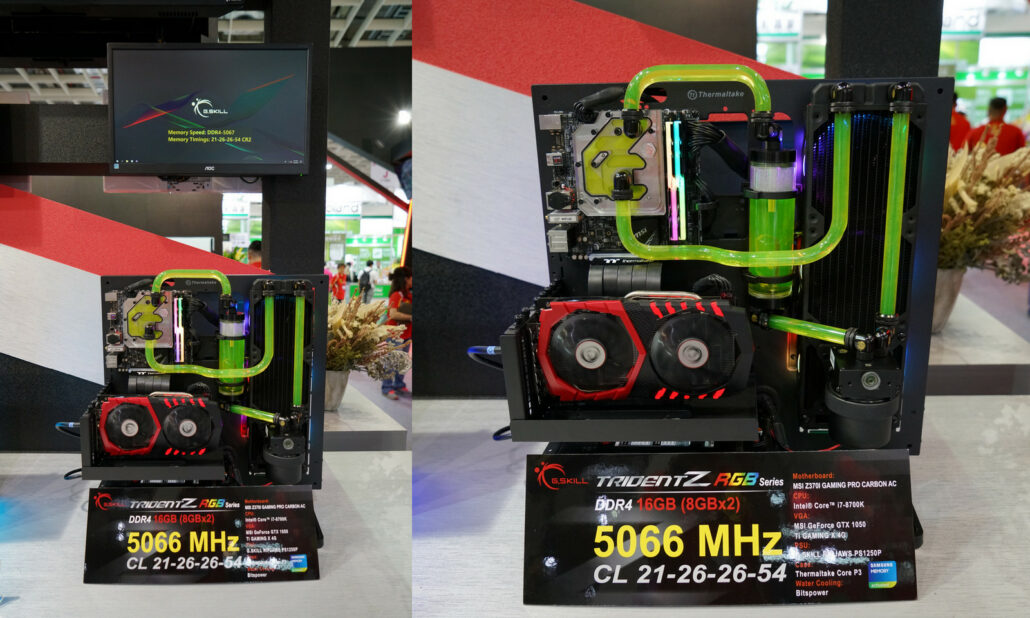 In addition to the high-speed 16GB (2x8GB) kits, G.SKILL also is showing the fastest 32GB (4x8GB) memory kit ever seen at DDR4-4600MHz, while maintaining a low CAS latency at CL18-18-18-38. This extreme performance kit is also built with Samsung 8Gb ICs and is shown alongside the Intel® Core™ i5-8600K processor and ASUS ROG MAXIMUS X HERO motherboard. 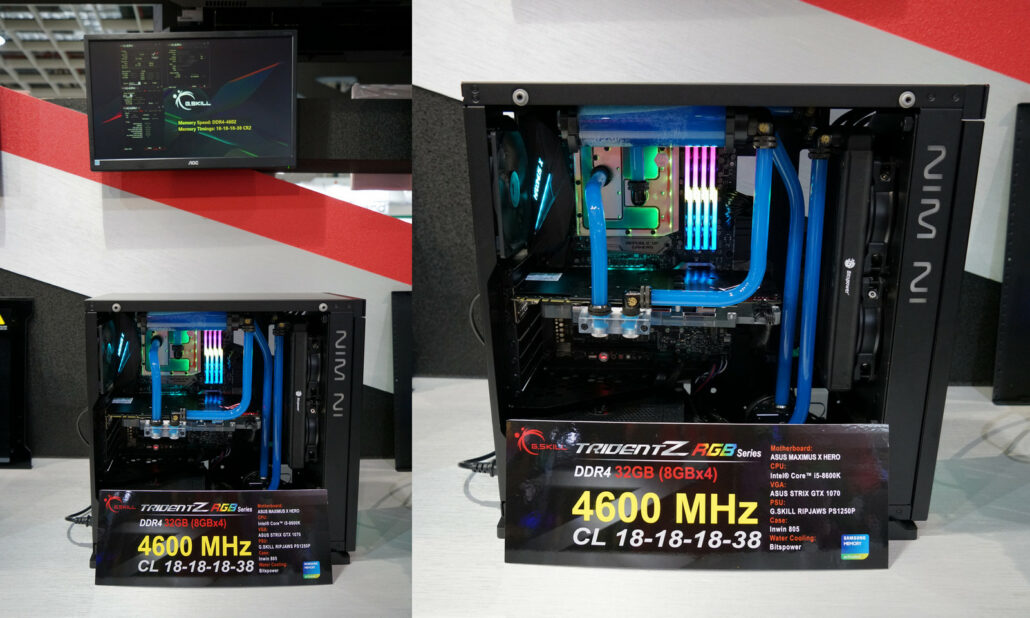 Ever wonder how fast a compact SO-DIMM DDR4 memory can be? This year at Computex, G.SKILL is displaying the fastest running quad-channel Ripjaws SO-DIMM memory kit at DDR4-4200MHz 4x8GB, constructed with the high-performance Samsung 8Gb ICs, featured in a mini-ITX build with the Intel® Core™ i9-7940X processor and ASRock X299-ITX/ac motherboard. 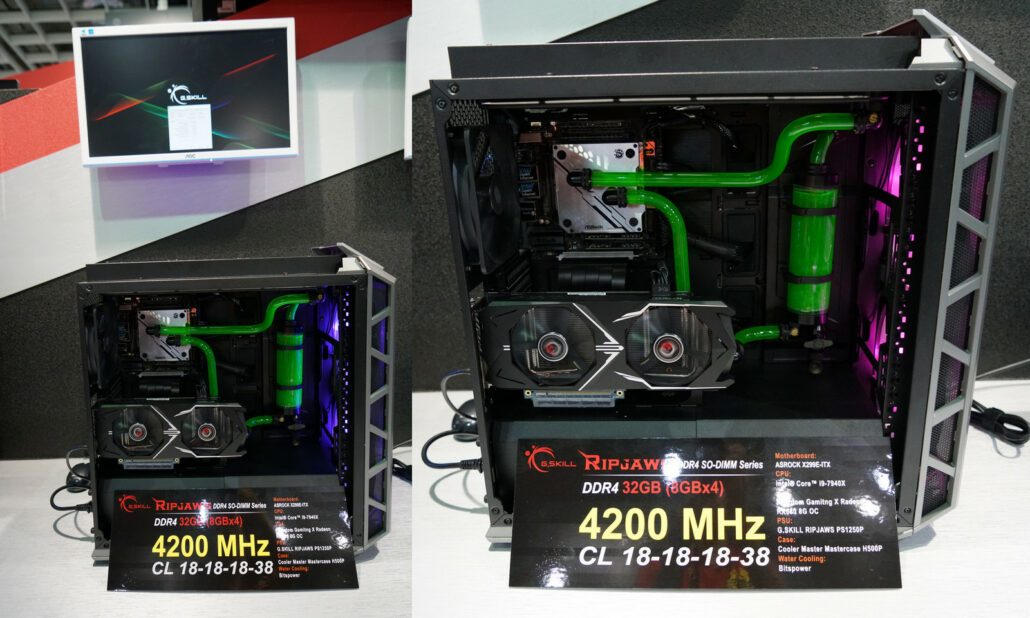 Another high-speed SO-DIMM memory kit is the DDR4-3600MHz 2x8GB kit displayed on an Intel NUC system, which is modded with custom water cooling. It shows the potential of high memory overclocking performance even on a small form factor system. 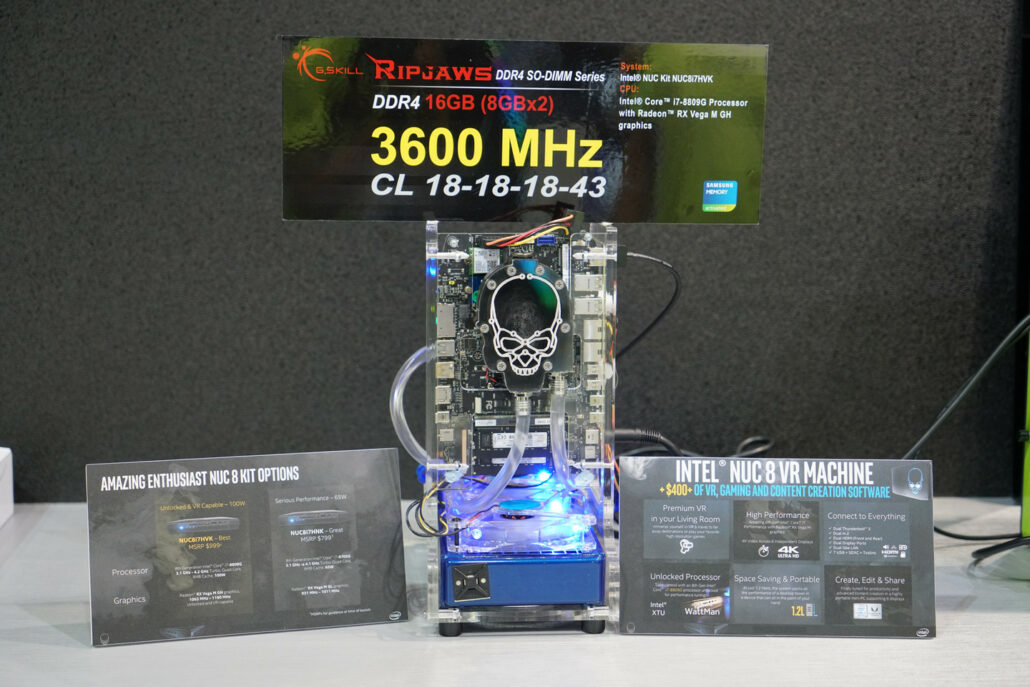