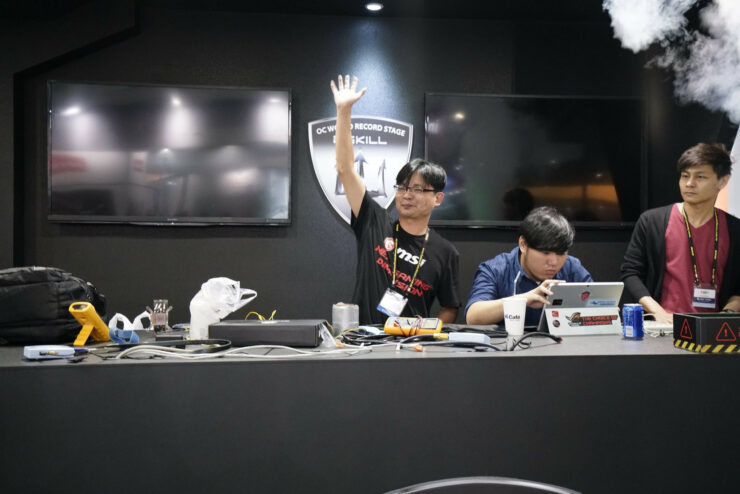 Famous Taiwanese overclocker Toppc was able to achieve this impressive feat using the G.Skill Trident Z ram which is very popular among PC builders. The setup featured a Core i7-7740X running on an X299 board from MSI. The specific motherboard model is X299 Gaming Pro Carbon AC which was fully detailed by us over here. 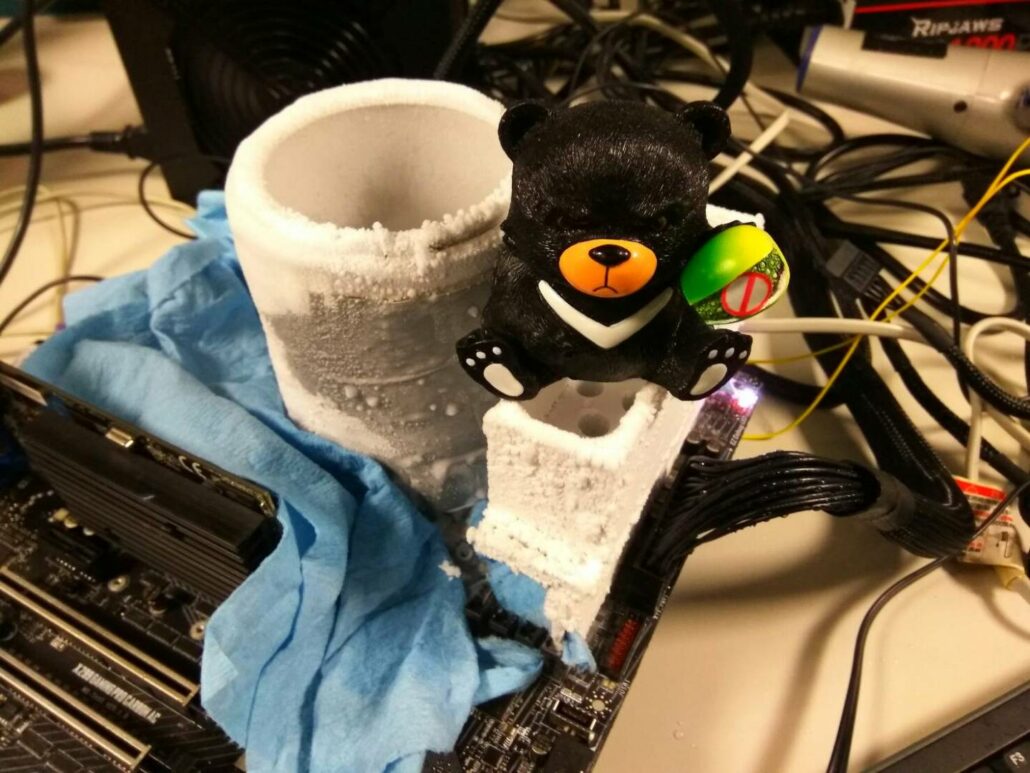 The G.Skill Trident Z memory makes use of Samsung 8Gb ICs and is intended to be overclocked to max. Last year, Toppc achieved well over 5 GHz on a Skylake Core i5-6600K processor. This year, he is using a Kaby Lake-X chip on an HEDT platform to showcase its true potential. Using LN2 cooling, Toppc achieved an overclock of 5.5 GHz. The timings used were CL21-31-31-63-2 and the CPU had only one core enabled to achieve this result. You can also check out our review of the G.Skill DDR4 TridentZ RGB memory over here. 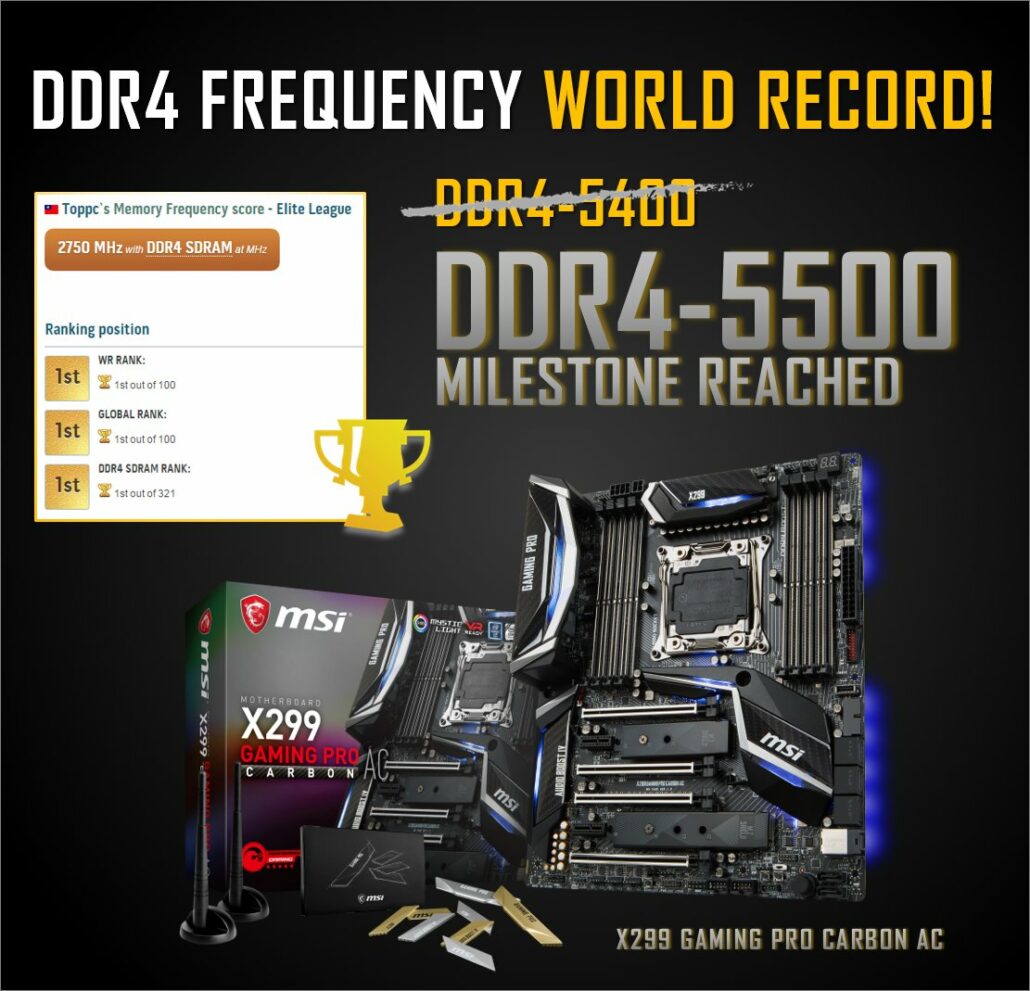 "DDR4 5.5GHz has been our next target after we achieved DDR4 5GHz last year. We are extremely excited to finally make it happen together with Samsung components, MSI X299 motherboard, and Intel Core X-series processor," says Tequila Huang, Corporate Vice President, G.SKILL International. "We are seeing amazing overclocking potential for these newly released hardware and we believe that more overclocking benchmark records will be achieved very soon by professional overclockers worldwide. via G.Skill

The overclock is the fastest ever frequency ever to be achieved on the DDR4 memory and just goes off to show the potential of what is yet to come. G.Skill also showcased several prototypes at their Computex 2017 booth with dual channel DIMMs clocked at 4800 MHz. Do note that G.Skill offers at the moment DDR4 sticks with up to 4266 MHz clock speeds. So 4800 MHz will be a big boost to the clock frequencies, providing some good performance results.

The latest Intel Core i7 processor takes the high-end-desktop platform to new performance heights. Elite overclockers from the ASUS Republic of Gamers in-house overclocking team used liquid helium to cool a Core i7 7740X to −269°C, allowing CPU cores to reach an incredible 7560 MHz. At this configuration the ROG team were able to break the World Record score for SuperPI 1M and PiFast. 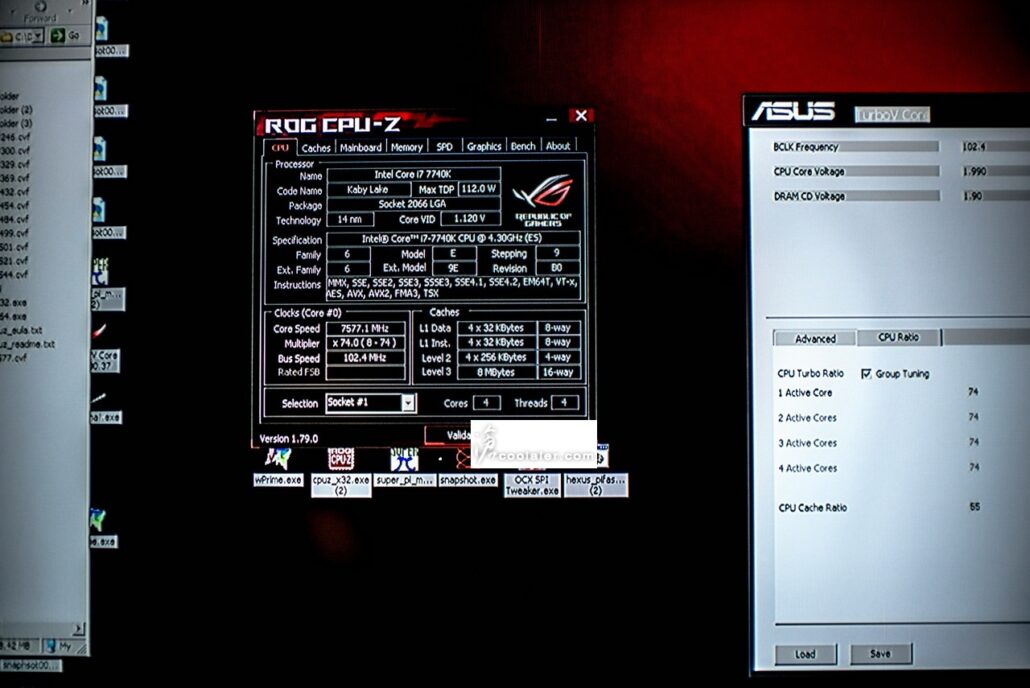 Intel will unleash their Core-X series processors including Kaby Lake-X and Skylake-X on 26th June in retail stores. The processors will feature up to 18 cores and feature new technologies which are expected to bring great multi-tasking and HEDT performance to end users.