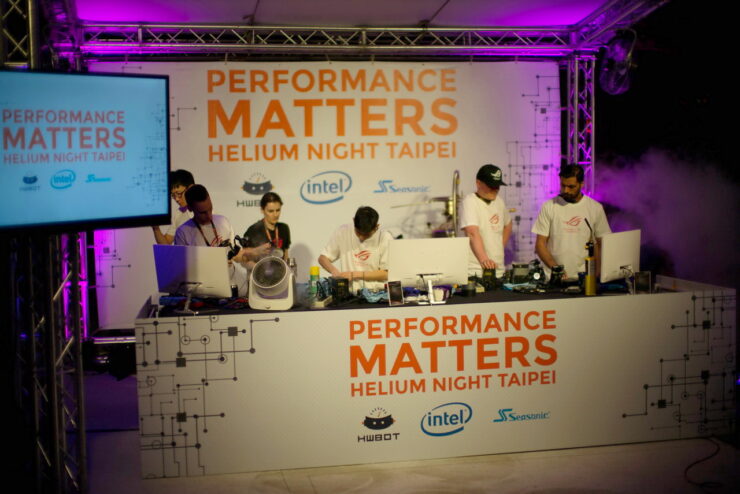 Intel recently launched its Core-X series on the X299 platform which features a wide variety of processors (all the way up to 18 cores!) and it has already smashed 8 World Records and secured 23 Global First Places over at HWBOT. The overclocking competition was held at the "Performance Matters" event over at Taipei and saw veteran overclockers smash records using the newly released SkyLake-X and KabyLake-X processors.

The summary of the 8 world records and 23 global firsts can be found over here. All of the attempts were conducted on the ASUS ROG Rampage VI Apex X299 motherboard which appears to be the fan favorite. Although all of the attempts were conducted under LN2 cooling, It helps in showing the overclocking potential of the architecture. That said, it is important for potential buyers to keep in mind that the thermal performance under normal conditions might actually be worse then the last generation due to the use of a TIM instead of a soldered IHS.

The brand new Core-X series includes both the Skylake-X architecture as well as the Kabylake-X architecture. All CPUs that have a core count of 6-18 cores are from the SKL-X family while as the quad cores are from the KBL-X family. Since AMD has already realeased its 8-core Ryzen processors and is planning on following up with ThreadRipper which will increase that number to 16, not only has Intel replied tit for tat, but also managed to one-up them with their Core i9-7980XE flagship which features 18 cores. This is not going to be a cheap platform of course, but those that can afford it will be pleased to find an almost limitless scaling factor to their CPU of choice under the X299 platform.

The latest Intel Core i7 processor takes the high-end-desktop platform to new performance heights. Elite overclockers from the ASUS Republic of Gamers in-house overclocking team used liquid helium to cool a Core i7 7740X to −269°C, allowing CPU cores to reach an incredible 7560 MHz. At this configuration the ROG team were able to break the World Record score for SuperPI 1M and PiFast.

Its not just the KabyLake variants that got the glory. Elmor managed to overclock the 10 Core i9-7900X to 5.6GHz on LN2 cooling and smashed the Wprime 32M  benchmark with a time to completion of just 1.527 seconds. This is pretty insane performance and is something that was only achievable by using the Xeon family of  processors. The complete list of world records broken and global first positions attained is down below: 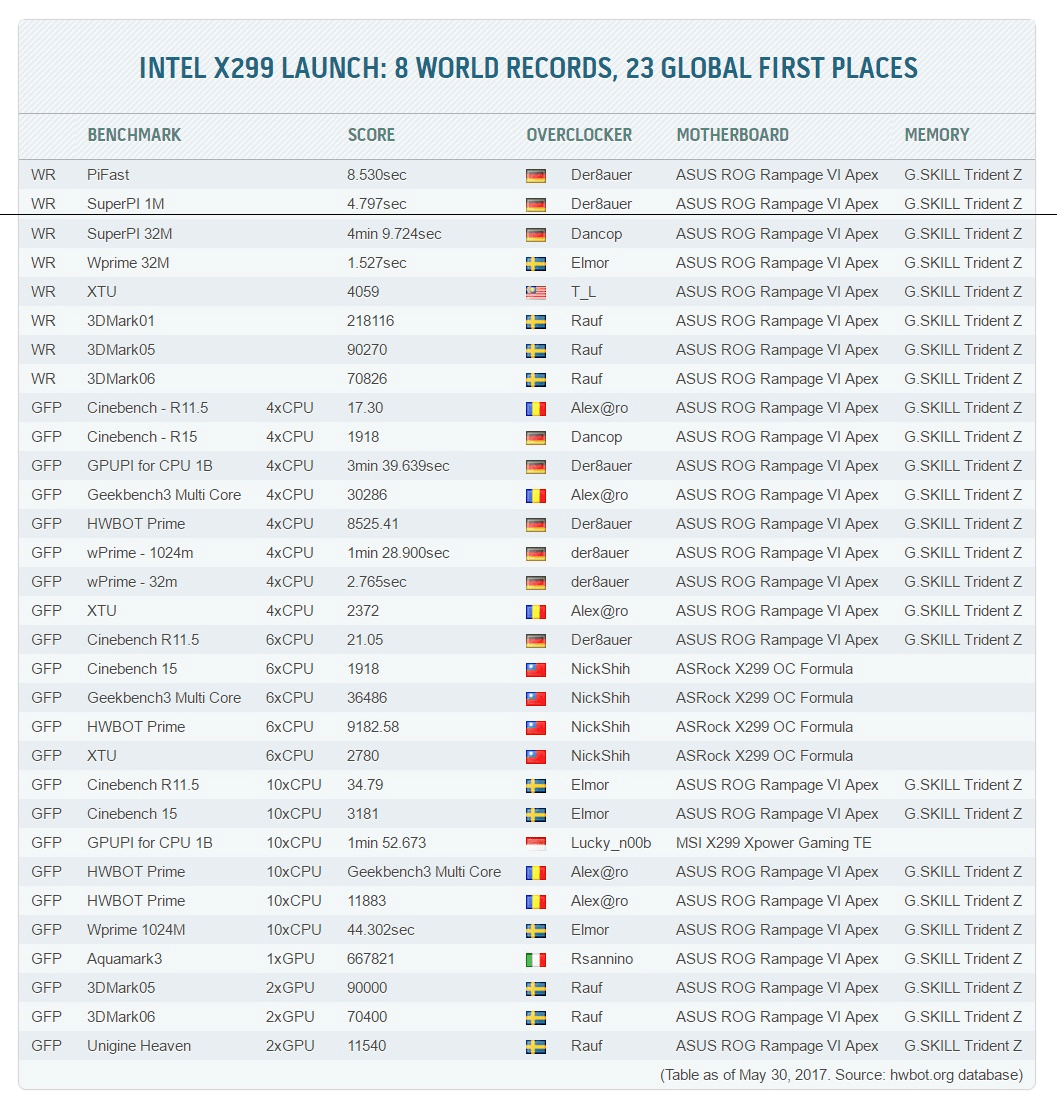