It looks like Intel is putting some rumors to rest by announcing the release dates of their 18, 16, 14 and 12 core Core-X processors. The latest reports come straight from Intel at the PC Gaming Show, and also after several sites had allegedly posted that the higher core Intel Core-X variants won't see the light of day until later this year.

It looks like Intel has provided the tech industry some more details on their Core-X series HEDT processors. The new details put several rumors to rest by announcing release time frames for processors with more than 10 cores. According to Ashraf Eassa at The Motley Fool, Intel confirmed to roll out Core-X processors in three phases.

Moving on, Intel would release their 12 core, Core i9-7920X processor in August of 2017 for a price of $1199 US. This model will be compatible with all X299 motherboards that will launch earlier this month.

Finally, Intel also plans to release their 14, 16 and 18 core flagship, Core i9-7980XE Juggernaut this year. This puts an end to the previous rumors and confirms that Intel is launching their full high-end lineup in 2017. The higher core variants will be available in October for the X299 motherboard platform. Intel has stated that while these processors are aimed at HEDT platforms, most buyers in the consumer or even prosumer market don't spend that kind of money on processors. Hence, the processors will be available in lower volumes compared to 4, 6, 8, 10, 12 core variants but Intel still believes they will attract enough potential customers to these processors seem sensible in the line up. 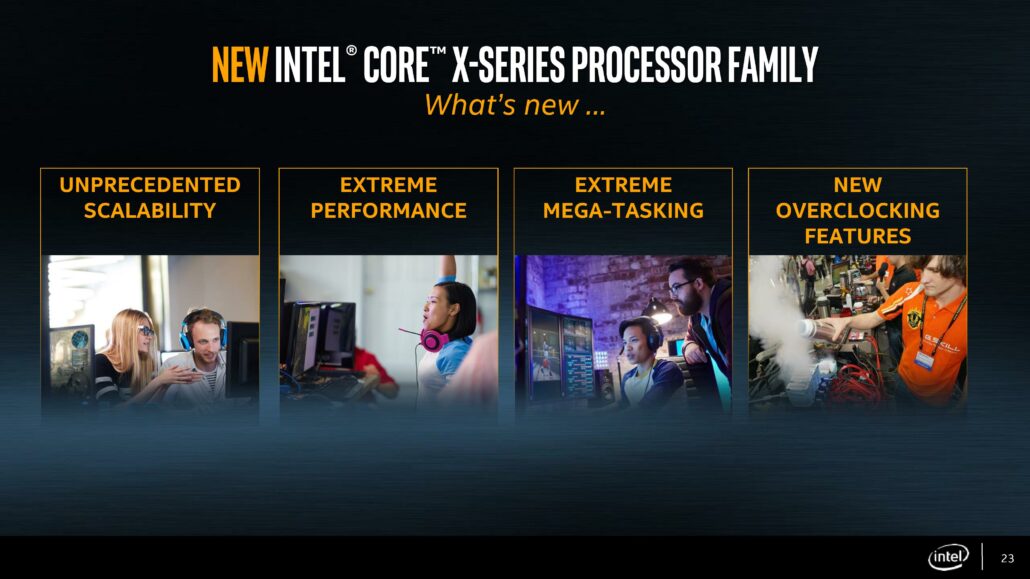 Priced at $369 (you are paying $92.25 per core) and featuring the brand new KabyLake-X architecture, the Core i7-7740X is going to be Intel’s newest mainstream quad core offering. That said, the plus points of this particular processor might not appeal to everyone. For one, you are paying a significantly higher price per core and for not a lot of benefits. Secondly, this processor supports only dual channel DDR4-2666 and only 16 PCIe lanes. TDP has however been reduced to 112W, so power conscious buyers will like to go for this.