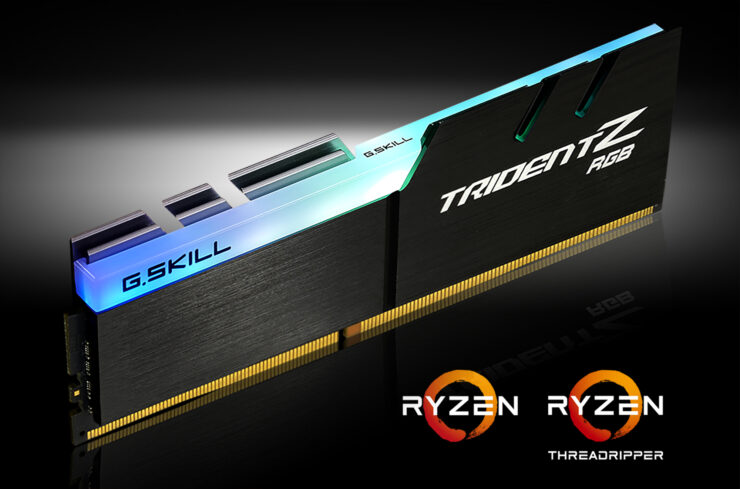 Now first thing first, we all love AMD's new Ryzen and Threadripper CPU platforms. They offer high end performance and disruptive pricing that have shaken things up in the CPU industry. Now a new CPU platform takes time to mature as it receives updates in the form of fine tuned software and a range of supported and compatible hardware. In the case of AMD, memory support has been very crucial but manufacturers like G.Skill are working round the clock to fine tune the performance on their memory kits.

As such, G.Skill has announced today that they will be offering an AMD Ryzen and Threadripper specific line of Trident Z RGB DDR4 memory kits. These memory kits come in a wide range of options. We are looking at capacities of 16 GB, 32 GB, 64 GB and even 128 GB (8 x 16 GB) if you want to use X399 platform to its fullest potential. Also, we are looking at very optimized clock speeds of DDR4-3200 MHz (CL14), DDR4-2933 MHz (CL14 / CL16) and DDR4-2400 MHz (CL15). G.Skill has a unique naming scheme for all AMD optimized memory kits which will end with "TZRX" while Intel optimized memory kits end with "TZR" branding. Following is the list of all memory kits that are optimized for AMD platforms:

AMD currently has two platform offerings, where Ryzen supports dual-channel with 2 or 4 memory modules and Threadripper supports quad-channel memory with 4 or 8 memory modules. To give a boost in memory performance to AMD number-crunching workstations and high-end graphic rendering systems, G.SKILL offers several selections for each AMD platform, including memory speeds of up to DDR4-2933MHz or ultra-high capacity at 128GB (8x16GB). For details on specifications and compatibility support of the new Trident Z RGB kits, please refer to the following table:

TZR"X" - The New Line-up
To differentiate between the new AMD-optimized Trident Z RGB kits from the original, look for the "X" at the end of the Trident Z RGB model numbers. Please refer to the following chart, which shows the difference in the model number: 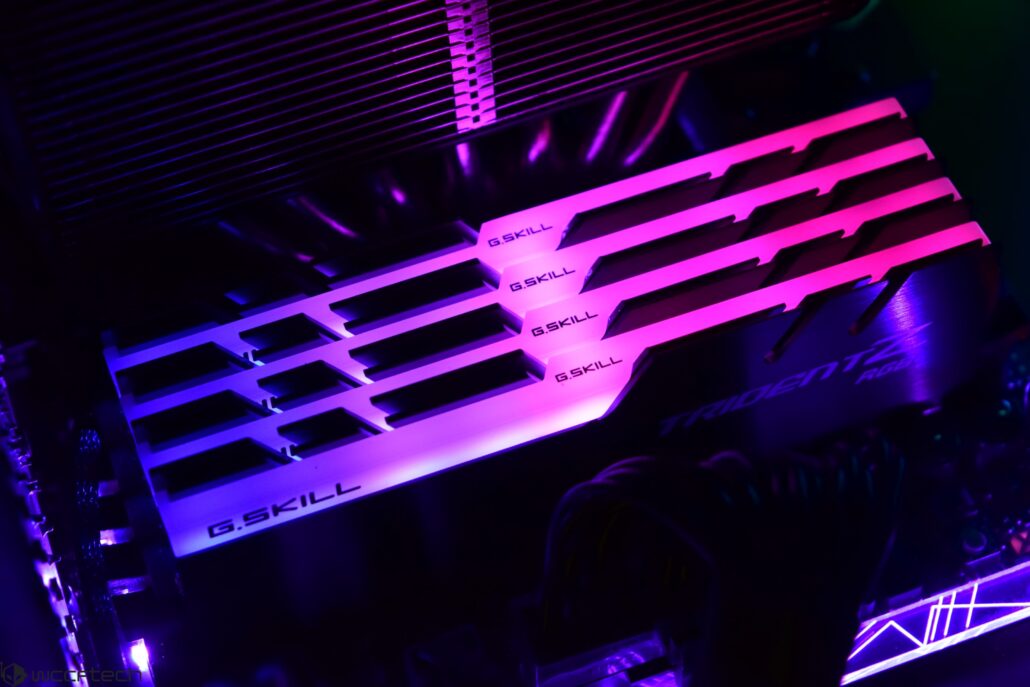 Aside from being compatible with AMD platforms, the G.Skill Trident Z RGB kits are some of the best looking memory modules designed to date. The RGB Lighting on the top and the solid metal heatsink with brushed aluminum textures look and feel very premium inside desktop PCs. If you are the one who wants their PC to look great, these are some of the best memory modules you can purchase right now. The availability is stated for October 2017 but we will update you once these are available on retail outlets.