GreedFall, the next roleplaying game in development at Spiders (Mars: War Logs, Bound by Flame, The Technomancer), is coming out on September 10th for PC (Steam), PlayStation 4 and Xbox One. 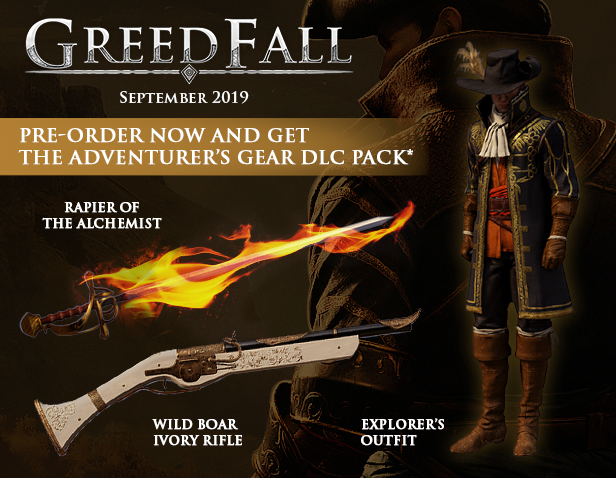 GreedFall was previewed by Chris a couple of months ago, and he also got to interview Spiders CEO Jehanne Rousseau. Below we've added the most recent gameplay showcase from E3 2019.

Explore uncharted new lands as you set foot on a remote island seeping with magic, and filled with riches, lost secrets, and fantastic creatures.
Forge this new world’s destiny, as you befriend or betray companions and entire factions. With diplomacy, deception and force, become part of a living, evolving world - influence its course and shape your story.