By definition, role-playing games are meant to allow the player to play a role and make choices that determine the ultimate ending of an adventure. Sadly, very few games nowadays give players actually agency, limiting the choices players can make only to character customization and specific story segments.

Batora: Lost Haven, developed by Italian developer Stormind Games (Remothered: Tormented Fathers, Remothered: Broken Porcelain), is one of the few role-playing games that try to give players more agency, letting them shape their adventure how they see fit. And while the game does somewhat succeed at making its choice-driven gameplay work, the shoddy execution of most of its mechanics results in an experience that is not always fun to play.

Ship of Fools Review – A Lively but Leaky Vessel

Batora: Lost Haven stars Avril, an unlikely hero living in a world where a cataclysm destroyed most of it and killed most of the human population. Leading her post-apocalyptic life in London, Avril is sent by the mysterious beings that visit her in her dreams to a specific location in the British city where she obtains the extraordinary powers of the Sun and the Moon. The two divine beings inform her that Earth can be restored to its former glory, but only after the Cores of planets all over the galaxy have been mended. Not one to turn away from a challenge, Avril embarks on this intergalactic journey that will make her meet all sorts of alien beings and understand the true nature of the cataclysm that has almost destroyed her beloved Earth.

On paper, the world and story of Batora: Lost Haven sound interesting, and they are in a way, as the lore is well-developed, and Avril is a charming, witty character that is written well for the most part. The Sun and Moon deities that accompany her are used to highlight better the duality of the choices Avril will have to make, representing the two types of power she wields. Sadly, she is the only character in the game that is genuinely compelling, as most of those she meets on her journey to the four elemental planets are only superficially developed and feel nothing more than shallow quest-givers. This is a big issue, as the vast majority of these characters Avril meets on her journey are the ones that are impacted the most by her choices. On the first planet Gryja, for example, Avril has to choose between helping a being that has been a huge help since her arrival on the planet or solving a long-standing issue that could benefit all. The choice is undoubtedly gray, but I wasn't that conflicted, as I hardly knew anything about the ally that would die due to my choice. I could have also been ignorant about the state of the planet and its issues as well if it weren't for me checking out the in-game Codex, which provides important information on characters and locations and can be further expanded by finding special items called Seed of Knowledge. Some elements of the lore are also referenced in the main story at different points, so hiding them in the Codex wasn't ultimately a very good choice.

Despite this, some of the choices carry decent emotional weight, so some players will enjoy having to make decisions that aren't inherently right or wrong. What most players will not like, however, is the pacing, which seems way too quick for a game of this type. A short, text-only cutscene explains the current state of the Earth at the start of the game, and the player spends a grand total of 5 minutes in ruined London before moving on to the first planet. The same happens with the other planets of the game. Although the player does spend a few hours on each of them, it feels like things move forward way too quickly, further hampering the choice-driven mechanics of the game. The writing attempts to convey some sense of tragedy after making certain choices, but everything would have worked way better if we had spent more time with some of the characters in these alien worlds.

Even with these issues, it is commendable Storming Games for centering the entire Batora: Lost Haven experience on a theme of duality, attempting to make choices matter somewhat not just in the story but also in the gameplay.

Batora: Lost Haven plays like many other top-down action role-playing games. Controlling Avril to explore a variety of different locations, moving from point A to point B to move the story forward, players will often have to face a lot of different enemies, getting rid of them by switching between Physical and Mental Natures, indicated by red and blue colors, which can unleash melee attacks with a huge sword or ranged projectile attacks to defeat various enemies. The game's combat system combines typical action gameplay with twin-stick shooter mechanics, but this combination falls a little flat due to very shoddy execution. Melee attacks, for example, feel very clunky to use and lack impact, and the timed combos end up being underutilized, as they are slow and leave Avril open to damage. Ranged attacks feel just as unsatisfying, although they are a little more effective, as they don't leave Avril open to damage as much as the sword attacks do. Each enemy belongs to either Physical or Mental Nature, so attacks of the corresponding colors deal more damage. As much as I hate color-coded enemies, I didn't find them too annoying in Batora: Lost Haven, as the player not only isn't punished too heavily for attacking enemies with powers of the opposite Nature but can also fill up a combo gauge by doing so that can be used to activate some beneficial effects. Additional abilities for both Natures are unlocked during the adventure, but they do little to make combat any better, which remains unsatisfying and clunky throughout the entire game.

The extensive customization system could have salvaged the combat experience, but sadly, it does little to make it more exciting. It's a shame because the Runes that grant buffs to Avril's two natures can only be equipped if the player has enough points for the specific category. These points are increased depending on Avril's choices and her current Karma alignment, which is divided into the more forceful Conqueror and the more reflective Defended. A clever design choice that brings the whole choice-driven gameplay together, but that is sadly a little wasted, considering how the game is hardly challenging.

Combat is only part of the Batora: Lost Haven experience, but it isn't the only one that leaves something to be desired. Exploration, for example, is just as mediocre, as planets are linear for the most part, and the optional areas offer disappointing rewards, Runes being the most exciting of them. Linearity is a considerable issue for progression as well. Once Avril embarks on her journey, she goes straight from one main objective to the next, making the experience a little repetitive. Thankfully, it shouldn't take more than 13 hours for most players to get through the game once, so at least it doesn't overstay its limited welcome. There's a new game plus mode that makes it easier to experience the story with different choices and a different ending as well, so the game makes the job easier for those who want to see everything the game has to offer without having to start from scratch.

The only mechanic that breaks the repetitive loop of reaching a new location, accepting quests, and getting to the objective after fighting some enemies are the puzzles located in the Everdream. These puzzles are definitely the highlight of the Batora: Lost Haven experience, as they make players use their brains to activate switches properly, move special balls around to activate pressure switches, and more. These puzzles, which are not too complicated, provide some variety to an experience in dire need of it. Interestingly enough, players sometimes have the choice of completing puzzles instead of simply fighting their way through the next objective, a design choice that further brings the choice-driven aspect of the experience together.

The visuals are where Batora: Lost Haven fares much better than its gameplay. While far from being cutting-edge, the game's visuals are quite pleasing thanks to their cartoonish yet detailed style, which conveys the alien nature of these worlds and their population well. The top-down view, sadly, is sometimes too zoomed out to let players enjoy the finer details, but it is undeniable that the colorful style used to create the Bathora: Lost Haven universe works well. The visuals are further enhanced on PC by various graphics settings and ray tracing support, which improves lighting, but only subtly. With NVIDIA DLSS 2.0 support, playing with ray tracing and decent performance is possible even on not top-of-the-line cards, as my RTX 3070, in conjunction with an i7-10700 CPU and 16 GB RAM, had no trouble running the game with the quality preset and ray tracing on at frame rates hovering between 90 and 120 frames per second.

Batora: Lost Haven is undoubtedly a product of love, but its clunky combat system, excessive linearity, and way too fast story pacing water down the clever choice-driven mechanics Stormind Games built the game upon. Even with its issues, the experience does offer some good times here and there, but ultimately, powering through them feels like wading through shadows only to find a meager reward. 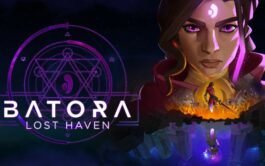 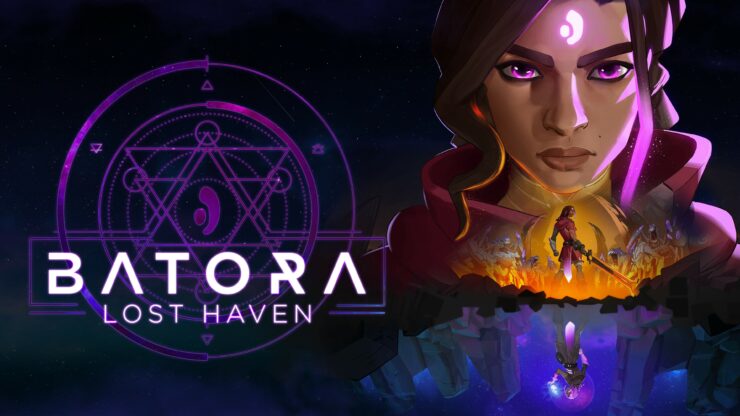 For a choice-driven experience, Bathora: Lost Haven leaves something to be desired. While it does do some clever things with the choice and duality themes, the experience falls somewhat flat due to excessive linearity, clunky and unsatisfying combat, and way too fast pacing that detracts from the emotional weight of some of the choices. The nice-looking visuals and the engaging puzzles that break the monotony of the experience and a few story beats make the experience enjoyable at times, but it could have been so much more.