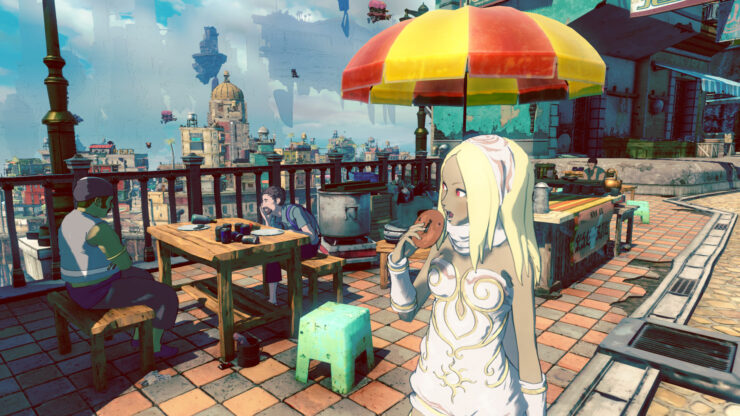 Gravity Rush 2, the new entry of the series currently in development by SIE Japan Studio, is among the most interesting PlayStation 4 exclusives that have been shown during this year's E3. Earlier today, Sony has finally confirmed when North American and European players will be able to unleash their special gravity powers.

In a new post on the Official PlayStation Blog, it's been confirmed that Gravity Rush 2 will launch in North America on December 2nd. The game will also hit Europe a few days earlier, on November 30th. A brand new trailer, called New Heights, has also been made available, and you can check it out right below.

Today's PlayStation Blog post focused on Gravity Rush 2 also revealed more details about pre-order bonuses. All those pre-ordering the game from participating retailers will receive an alternate white costume DLC for Kat as well as the Select Soundtrack including nine tracks. Pre-order the game from the PlayStation Store will allow players to get 10 PSN avatars from the game.

Additionally, it's also been confirmed that a brand new anime, called Gravity Rush The Animation - Overture - will launch before the game, bridging the gap between the original game and the new one. The anime is currently being worked on by Studio Khara, the team behind Rebuild of Evangelion and more.

Gravity Rush 2 marks the return of gravity shifters Kat and Raven (now a powerful ally), ex-cop Syd, and introduces a bevy of new characters. The first new face to join the expansive world of Gravity Rush 2 is the mysterious guardian angel, who shows up to help Kat when she’s in a bind, quickly dispensing of a group of pesky Nevi enemies.

Gravity Rush 2 launches exclusively on PlayStation 4 on December 2nd in North America and a few days earlier, on November 30th, in Europe. We will let you know more about the game as soon as possible, so stay tuned for all the latest news on this upcoming PlayStation 4 exclusive title.

Gravity Rush 2 Is Now Gold, Will Support PS4 Pro Alongside Many Other Japanese Titles

Gravity Rush 2 Gets Lots of New Screenshots and Information