AMD today demonstrated its First Fusion APU (Accelerated Processing Unit) which is a “fusion” between a processor and a graphics processor. The processor is still in work and is based on a 32nm silicon fabrication technology, named Llano and it combines a quad core processor with a DX11 compliant graphics processor. Rick Bergman showed off a wafer of Llano APU’s but the action not ends here. Rick also revealed that the APU was powerful enough to run Alien vs Predator on Direct x 11, wit reasonable level of detail, which was demonstrated. The pictures & video of the demonstration are below 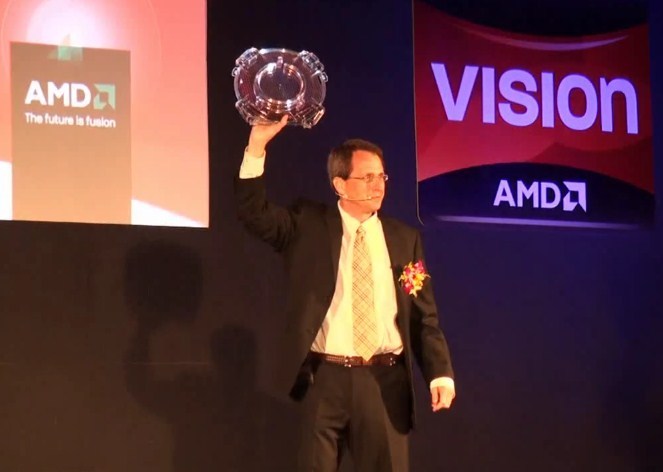 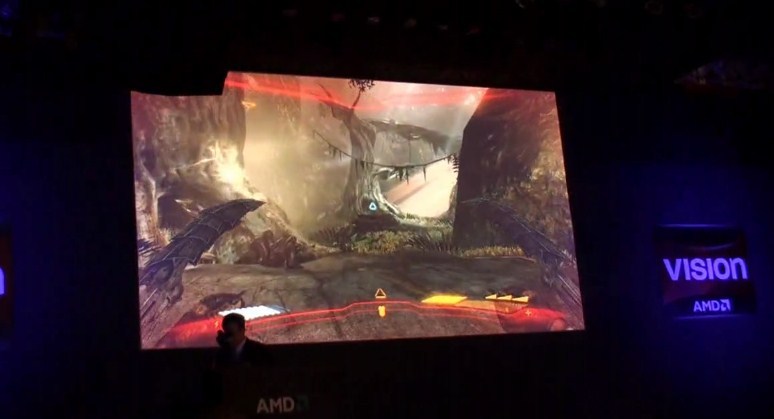