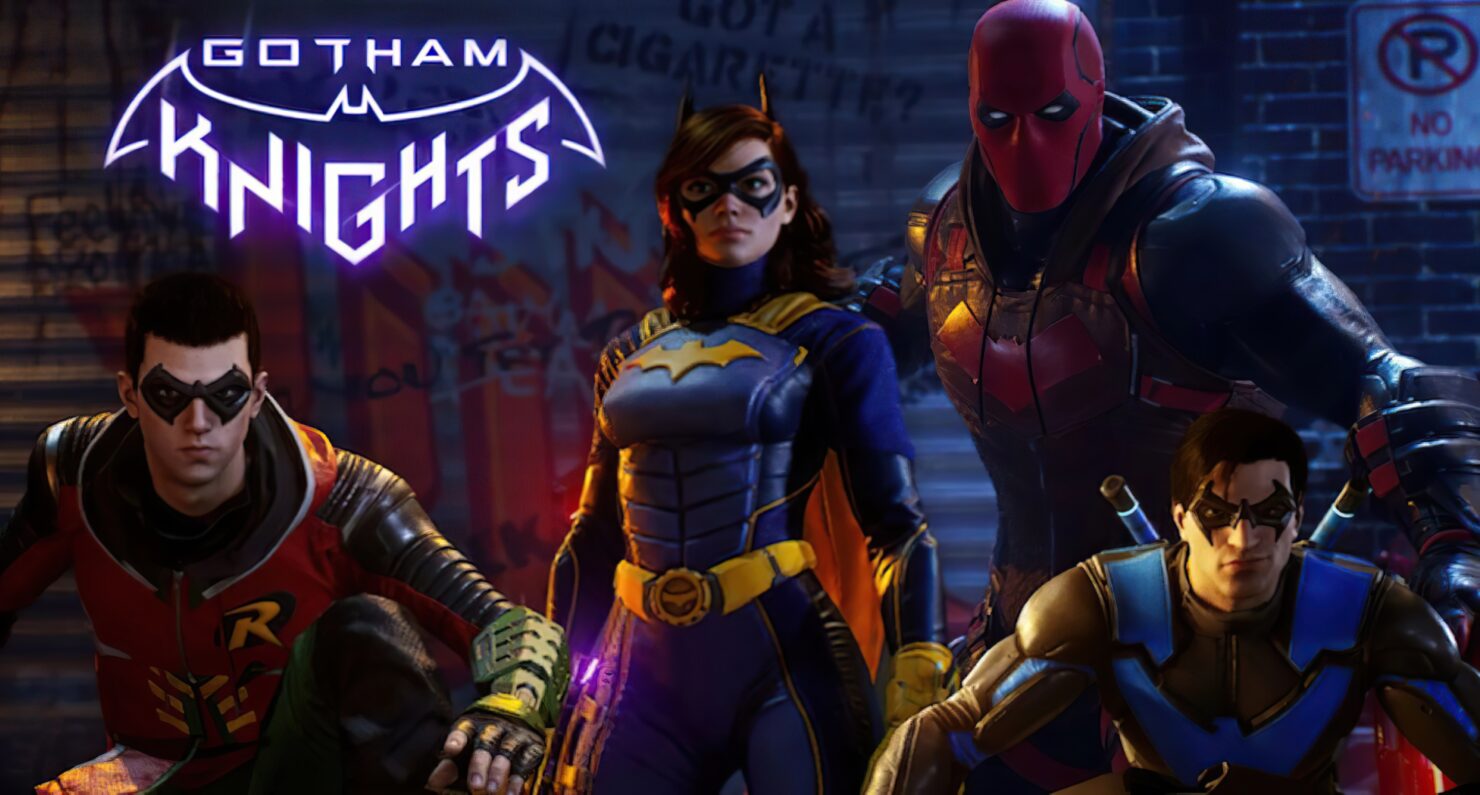 After a long hiatus, DC fans will be able to go back to Gotham City with the upcoming game Gotham Knights, where they will control four of Batman's protegees (Dick Grayson/Nightwing, Tim Drake/Robin, Barbara Gordon/Batgirl, and Jason Todd/Red Hood) as they attempt to reign in the chaos created by Batman's apparent death.

In a Game Informer interview with Warner Bros. Montreal, the developers confirmed there are co-op takedowns if you play in co-op mode (which is entirely optional), and Nightwing lends himself particularly well to playing with friends.

Geoff Ellenor (Game Director): You can invite friends into your game and control your match-making settings to determine if you will be surprised by people showing up. You can play by yourself too. We have co-op takedowns designed to showcase the physicality of the characters working together. Really there’s a lot of synergy in how one hero’s ability influences the fight versus another. Nightwing is the strongest indicator of this; a lot of his abilities are about having buffs for his friends and protecting others.

Interestingly, we also got confirmation that it'll be possible to play the same character in the Gotham Knights co-op mode. Apparently, there's even some sort of funny moment when such a thing happens.

Geoff: You can make it as weird as you want to.

Fleur Marty (Executive Producer): We’re leaving it up to players. We know some people will want to have different characters, but some won’t care. I don’t want to spoil anything, but there’s a funny moment in the game if you are playing as two of the same character. We’re giving you complete freedom.

The developers also said Gotham Knights features the biggest rendition of Gotham City in a game yet. For more about that, check our other article.