We previously heard about Google's big Gmail redesign for the web. Now, the big G has finally rolled it out. The company introduced a bevy of new useful features which includes several of those the company pursued in its Inbox for Gmail app. At this point in time, not all users will have immediate access to all the changes but over the passage of time, it will be a standard. Moreover, users who have access to the redesigned Gmail version will have to opt-in to access the features.

the major difference comes from the new sidebar at the right-hand side of the interface which provides numerous options for customization and more. For instance, you can add Google Calendar, Google Keep or Google Tasks in the side window. You also have the option available to collapse it completely and only emphasize on the inbox.

In the inbox pane, you have the availability to interact with the messages without even opening them. Hovering over the pointer over a specific email would unveil buttons to delete, archive, mark as read and snooze the email. The Snooze option is new and opting in would hide the email for later access at different times. This specific feature has been brought over from the Inbox for Gmail app. However, at this point, it only works for emails which have not been opened. 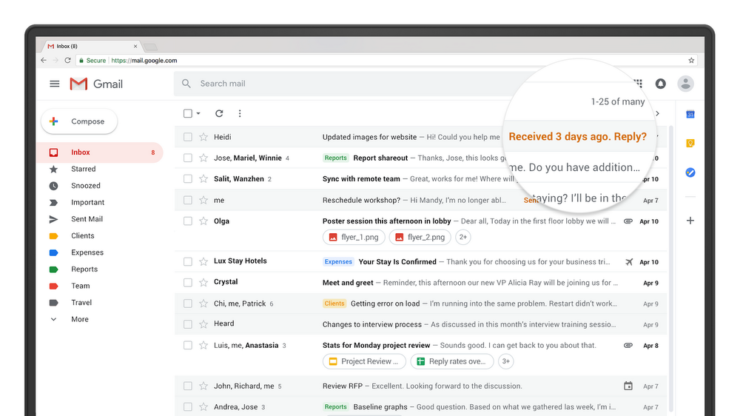 In addition to this, an AI feature that "nudges" the user to view and respond to important messages or emails first. The feature basically offers quick reminders to interact with important messages. Smart replies are also part of the new redesign and allow for quicker responses. 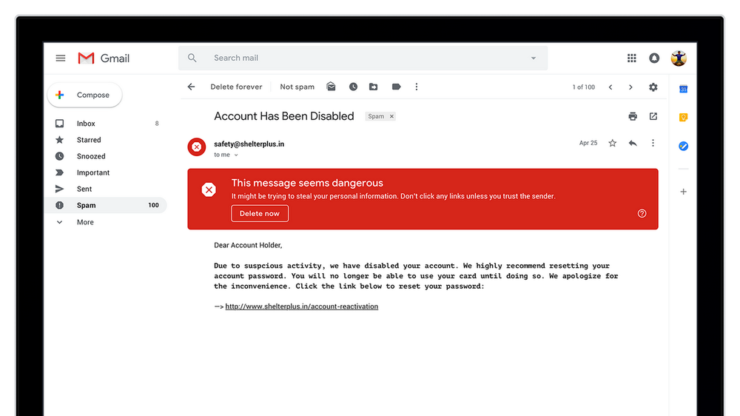 Gmail is also rolling out a series of important privacy and security features in the coming weeks, which includes the confidential mode. This feature allows a certain message to be available for a specific period of time and works well if the message contains sensitive information. Instead of the email message, your inbox will receive a link to access the confidential message.

Moreover, two-factor authentication is also part of the new confidential individual messages. This means that the person receiving the message would authenticate using a passcode via SMS before they are given access to the message.

Lastly, the platform now also adds integrated rights management or IRM which will allow business users to block copying, forwarding, downloading or printing a specific email or message. So that's another layer of security and privacy over your emails. Other than this, there are several under the hood improvements made which would ensure a much safer user experience. The company is also rolling out a new Google Tasks mobile app later today for iOS as well as Android. Check out more details on new Gmail interface here.

We will share more details on it as soon as we hear it. As for now, what are your thoughts on Gmail's major redesign? Do you think confidential messages are a welcome addition? Let us know in the comments section below.