Google Duplex was the biggest story coming out of Google I/O this year. The technology offers to make calls for you and have conversations that sound "human" and realistic. While the feature is yet to be released to the public and is currently being improved to remove any ethical problems, there was already another Duplex in the works over at Google.

Chrome Duplex is another feature named Duplex by Google engineers but was actually the first feature to take that name. The Chrome team has been working on a design overhaul of browser's interface on Android offering easy access to controls. While Chrome may have been the first to use the name, Google Duplex managed to receive user excitement not seen in a long time. The feature effectively works as your assistant by making reservations and bookings for you.

Chrome Duplex formerly known as Chrome Home and expected to be called Chrome Duet (yep, it has a long history of name changes) is expected to be released with Chrome 69 offering ease of control on bigger screens. The experimental design overhaul moves the address bar to the bottom of the screen with a split toolbar look. 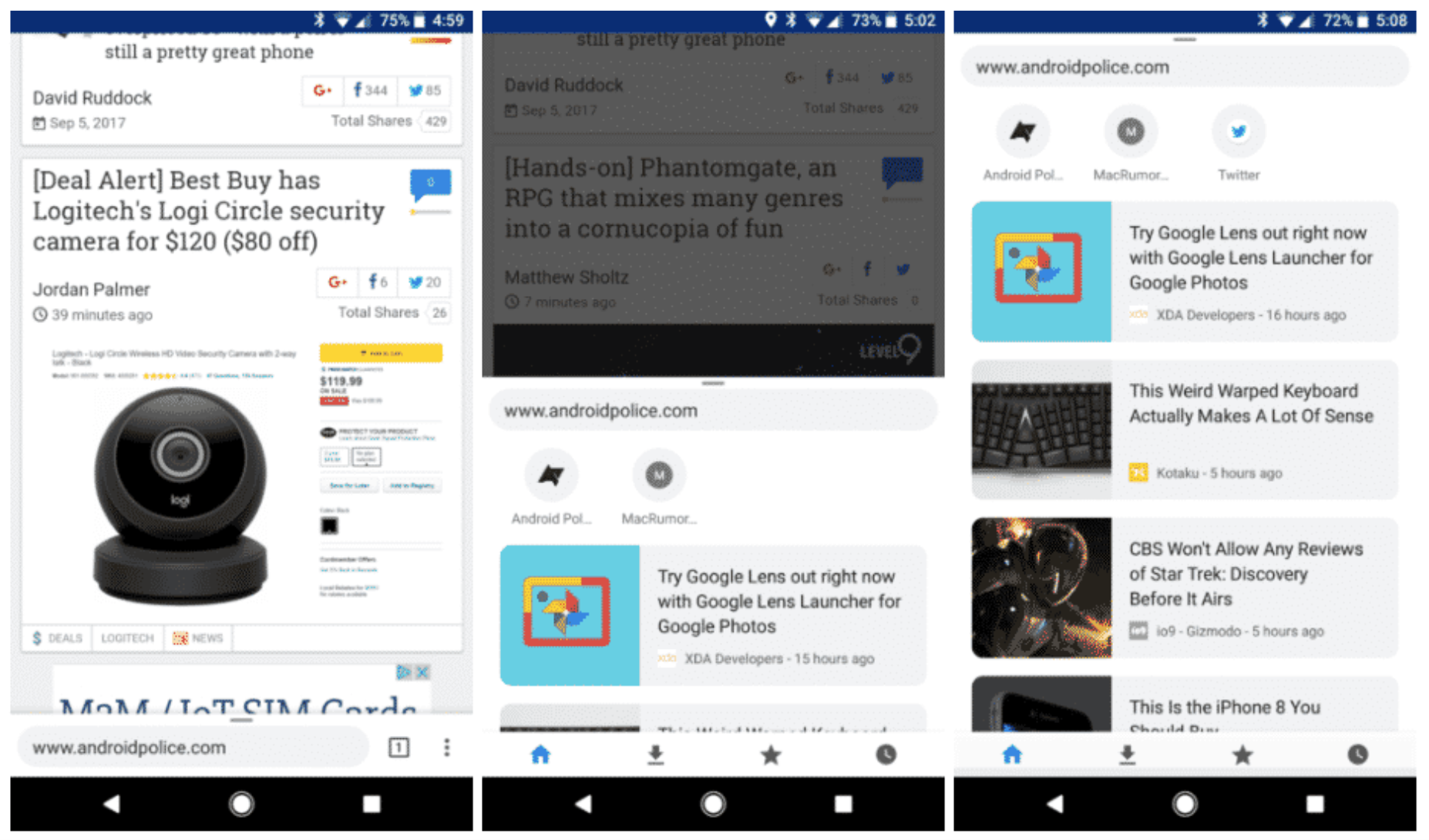 It appears Google has also realized that assistant can keep a hold on this name with the Chrome Duplex being renamed to something else. A report by Chrome Story brings the attention to a Chromium commit from earlier this week that reveals both the name change and the reason behind it.

This rename is to avoid name collision with Google Duplex; a feature completely unrelated to Chrome toolbars.

Are you more excited about Google Duplex to help you make some phone calls or waiting for Duet to bring some ease to the browsing process? Don't forget to share your thoughts on both these Google products/features with us.