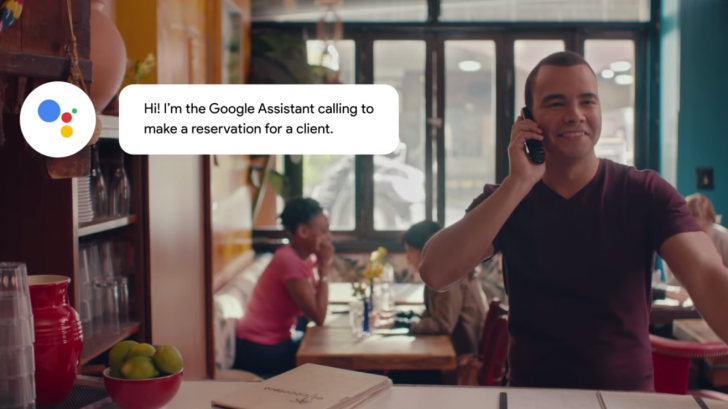 Of all the things announced at Google I/O 2018, Duplex was arguably one of the most mind-blowing ones. Google Duplex used the Assistant's power to perform daily tasks such as scheduling a haircut and booking tables at restaurants. The Google Assistant sounds life-like and almost like a real person, complete with pauses. It would be hard to distinguish between a person and Google Duplex had it not established its identity at the beginning of the call. After the reservation is made, the Assistant sends a notification, sets a calendar appointment, and also sends over an email confirmation. However, it will not be as smooth in real life, but it'll be fun to watch it in action.

Google Duplex is still very early in its life cycle. It was available in a few select cities in the United States that included areas such as New York City and San Francisco which later expanded to 43 US States. The feature was initially reserved only for Pixel owners and today, it is rolling out to non-Pixel devices and iOS in the United States, as discovered by XDA Developers. The change is confirmed by Google's support site, which now lists iPhones as being a part of this rollout. Non-Pixel Android phones need Android 5.0 or higher to use the automated calling service.

Although it may look exciting on paper, Google Duplex will come with its share of problems. For one, not all business will like the idea of talking to robots and opt out of the program. Alternatively, given its limited availability, it will run into a lot of difficulties trying to understand the person at the other end. Things will get even more interesting once it rolls out to newer locations with newer accents to interpret. In its early stages, even a mild accent will put it off its game. It is an AI-driven feature at the end of the day, so it'll be several months, if not weeks before it matures.