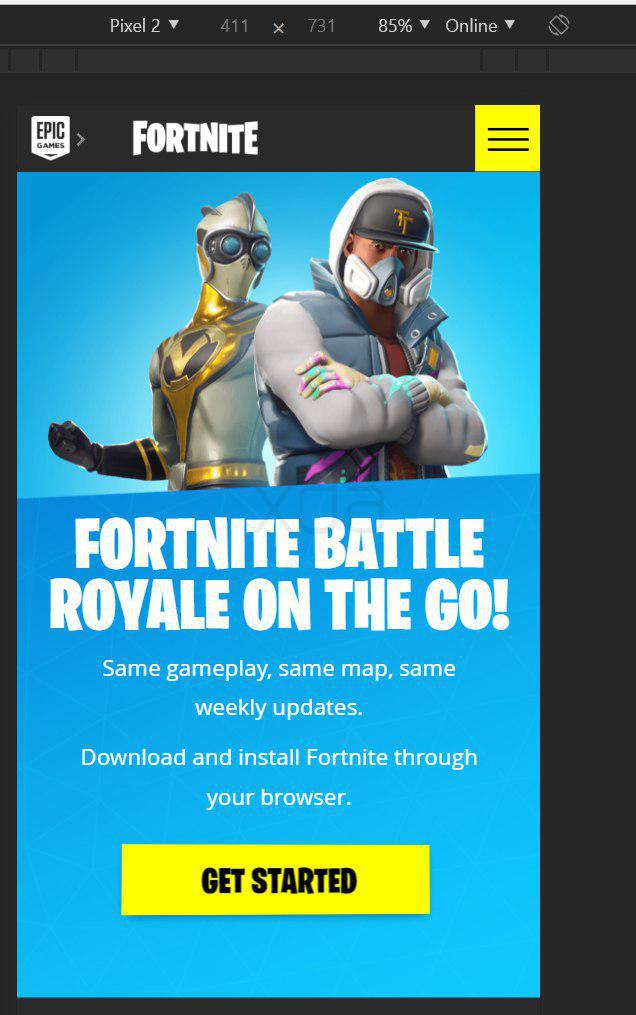 Epic Games announced the Fortnite mobile for Android open beta yesterday alongside the Galaxy Note 9. However, the word beta and exclusive means little to Fortnite's primary user-base. In the coming few days,  a LOT of kids will try to download Fortnite which is via the Play Store. This opens up a lot of possibilities for people to pass off their junk-ridden malware as Fortnite. Even before its release, there were a ton of apps that claimed to be Fortnite for Android; all of which were malware of some sort. This is what users who attempt to look for Fortnite on the Play Store see. 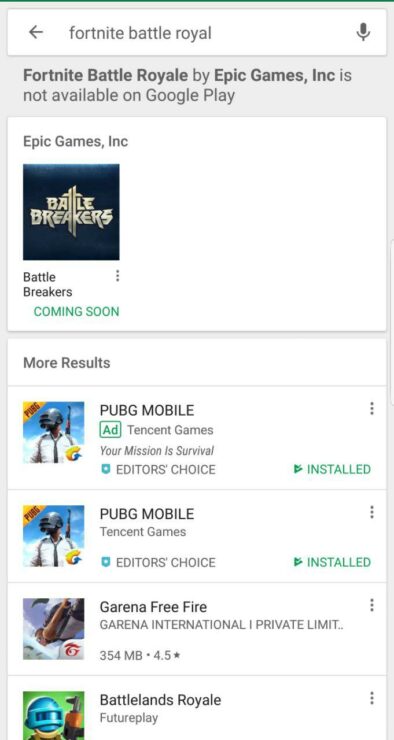 Google is warning users about Fortnite not being available on the Play Store even after they stand to lose millions of dollars worth of in-app purchase revenue. The move was widely considered as a cash grab by Epic Games, who claim that they want to have a 'direct relationship; with their customers. The CEO also stated that 'gamers have proven able to adopt safe software practices' and, as evidence, states that 'gaming has thrived on the open PC platform through many sources'. Interestingly, searching for Fortnite doesn't yield any results at all, even for apps that might offer strategies and the likes for Fortnite. The clones haven't shown up yet, but its only a matter of time before they start crawling out of the woodwork. I deliberately searched for 'Fortnite Battle Royal' as opposed to 'Battle Royale' as it is a common mistake that many people are bound to make. Developers could take advantage of this to try and push their clones on the Play Store.

But, is this enough?

Over the next few weeks, there will be a deluge of fake Fornite APKs floating about the internet and not all of them will necessarily be hosted on the Play Store. Android makes it very easy for apps to be downloaded via third-parties and that's where they'll be hosted. A warning on the Play Store is by no doubt helpful, but not nearly as effective.  Another noteworthy fact is that there are a ton of fake games on the Play Store, but Google doesn't seem to care about them too much about that.