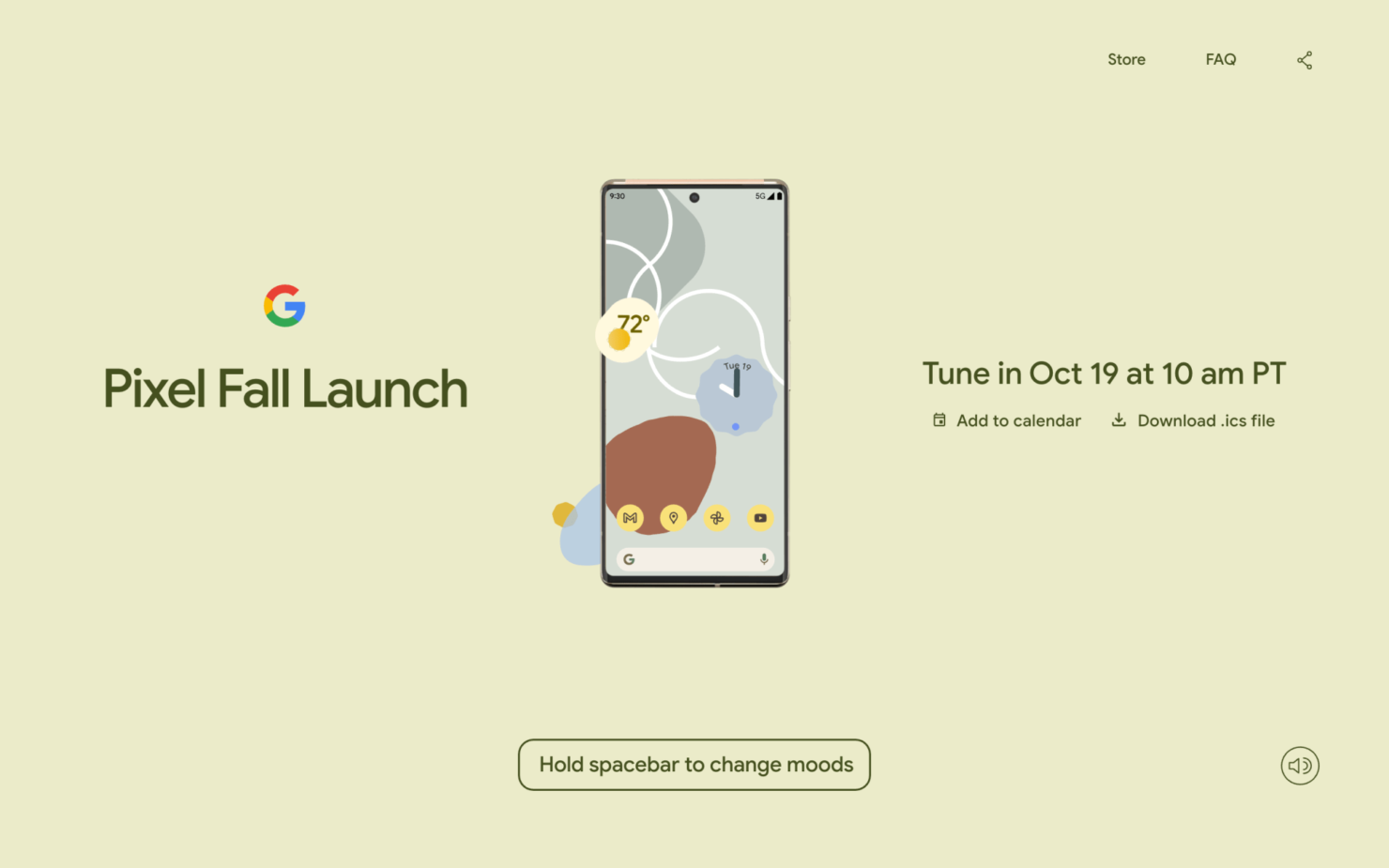 After several rumors and speculations, Google has finally confirmed the launch date for Google's next flagship phone. On October 19, 2021, at 1:00 PM ET, you will finally know all about the Pixel 6 and Pixel 6 Pro. The date, of course, lines with the previous rumors, and it is nice to see that Google is finally bringing perhaps among the hottest Android smartphones this year.

Although there is not going to be much for Google to tell us at the event since we know a lot about the Pixel 6 series, it is finally a good thing that the reveal is going to be official, and we will not have to live with a series of leaks and rumors. I am most excited about the new Tensor chip that is powering both devices.

Another big reveal that a lot of people are waiting for is going to be the price. The latest rumors that we have heard suggest that the Pixel 6 could cost anywhere from $700 to $800, and the Google Pixel 6 Pro could cost above $1,000, but we will have to wait a couple more days before the pricing is finally official.

Another interesting thing here is that Google is calling it the Pixel event. This means that the chances of having a non-Pixel device at the event are slimmer. However, there still is a chance that Google might indulge in some other devices.

If you want to know more about the event, you can head over here, get all the details, and stay tuned for October 19th.