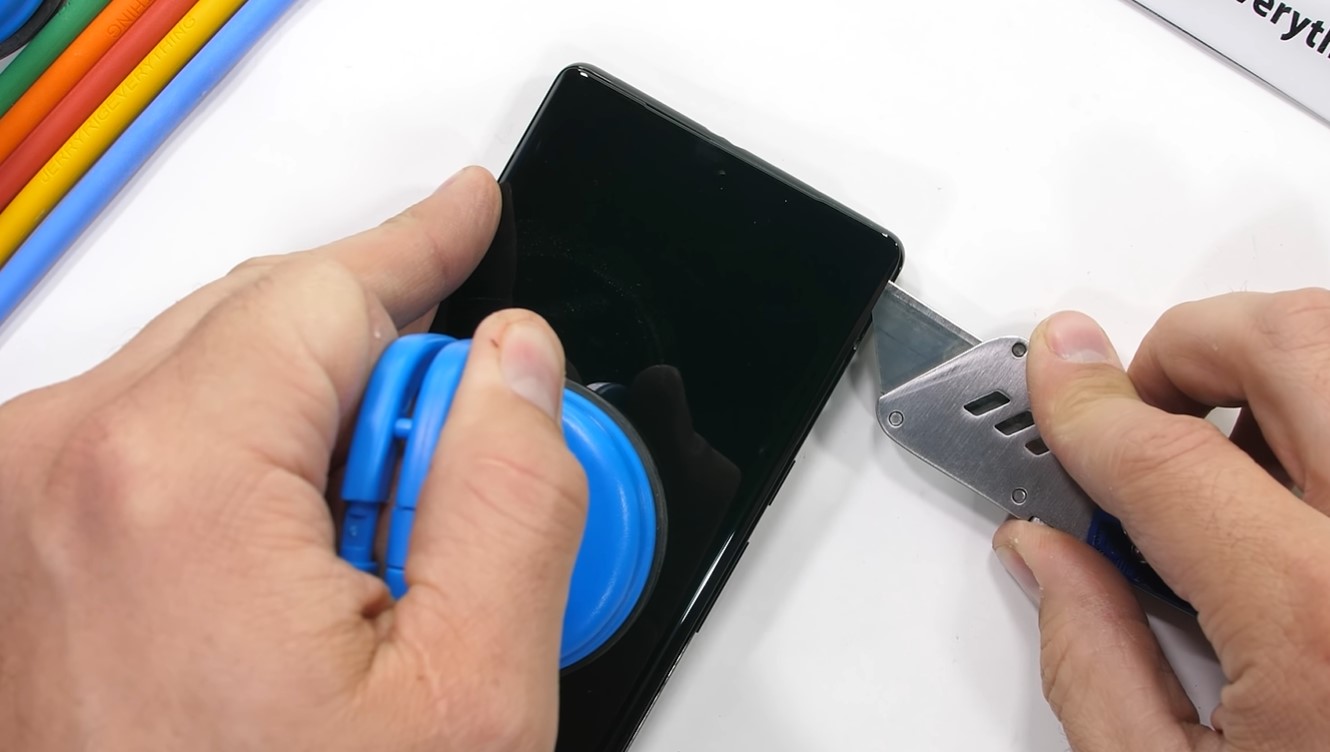 Google's new Pixel 6 and Pixel 6 Pro flagships boast a new design this year and the duo is now a solid contender in the race. While the main selling point of the Pixel devices is the camera, Google has also incorporated its custom-designed Tensor chip to bolster its software needs. Externally, the device is pretty straightforward, but internally, the company has made several changes. As revealed in the teardown, the Google Pixel 6 Pro features easy screen replacement compared to Apple's iPhone 13 Pro series.

The new Google Pixel 6 teardown video is shared by JerryRigEverything on YouTube and Zack shared several aspects about the repairability of the device. The video embedded below shows that the screen repair process on the Pixel 6 Pro is pretty straightforward. It barely requires heat and can the screen can just pry open using a suction cup. The screen pops up open quite easily and all you have to do is disconnect the ribbon cable from the phone. This is all that is required to replace the screen. In contrast to the Pixel 6 Pro, Apple's iPhone 13 series feature a cumbersome process for screen replacement.

Unlike the Google Pixel 6 Pro, the iPhone 13 series features a flat display that is hard to pry open. Even when the iPhone's screen is popped out, the ribbon cable is hidden under a metal plate held together tightly using screws. What this means is that you have to dig deeper into the phone for the screen replacement process to go through. As seen in the Google Pixel 6 Pro teardown, the screen replacement is way simpler compared to the iPhone 13 series. Check out the video below for more details on the Pixel 6 Pto teardown.

It is good to see that the Google Pixel 6 Pro is easy to repair even compared to older Pixel models. Zack also conducted various durability tests on the Pixel 6 and the results are pretty surprising.