Google Pixel 4a vs iPhone SE: Why the iPhone SE is Still the Budget Champion 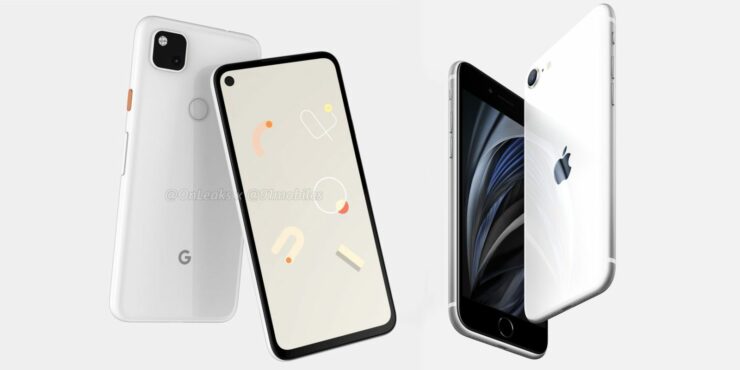 Google Pixel 4a vs iPhone SE is something that we will inevitably see happening once the former releases later this month. We already know everything about the iPhone SE that launched recently and by all intents and purposes, it is one of the most impressive devices that Apple has released. You are essentially getting a flagship device for half the price of other flagships available in the market. We recently talked about how the iPhone SE is actually faster than most Android devices. According to CPU and GPU benchmarks, the device singlehandedly beat the Galaxy S20 Ultra and Google Pixel 4, phones that cost alarmingly more than iPhone SE.

But what about a comparison with something that is right up its alley? This is where the Google Pixel 4a comes into play; a more affordable version of the Google Pixel 4a from Google that is supposed to release later this month. The reason why this comparison is important is that both devices are going to be priced in the same range and both are targetted towards the same audience. So, what makes the iPhone SE such a compelling option? That is what we are to find out.

Now, to many, the comparison is baseless because we already know who the winner is going to be. However, that does not stop us from taking a shot at it. To base our point as to why the iPhone SE is the better phone, let's just look at some benchmarks of the device against the much more expensive phones such as the Galaxy S20 Ultra and the Google Pixel 4. The benchmarks come from AnandTech, and they clearly show that iPhone SE is not something that you can get into a ring with.

At the time of writing, we do not have the scores for the upcoming Pixel 4a, but given the specifications and how it is using a mid-tier Snapdragon 730, it is already evident as to what it's going to be like.

For the sake of taking comparison even further, below are the scores from Geekbench for the iPhone SE.

On the contrary, the scores for the Pixel 4a are as followed.

You can see the clear discrepancy between the single-core scores and that is what reflects the real-life performance the most. Not just CPU scores, the iPhone SE actually takes the lead in graphic scores as well, you can see them below.

Clearly, the iPhone SE is way ahead of the competition, so as far as benchmarks are concerned, it is almost impossible for the Google Pixel 4a to beat iPhone SE.

Screen size is hardly a thing to boast about, in the modern-day and age. We talked about how the Android world is in dire need of truly compact smartphones because every other phone you grab is too big for most people. Whereas the iPhone SE strikes the perfect balance with its 4.7" screen.

The Pixel 4a clearly has a larger screen, however, even when we take that away, the higher resolution and pixel density still makes it a worthy screen. But we cannot simply hand out awards based on how big or sharp the screen is, can we?

This is the part that is going to be most important for anyone who is in the market looking at either of the devices and choosing one of them. The thing about cameras is that in budget smartphones, that is one place where most manufacturers prefer cutting corners. However, based on the early camera review, the Google Pixel 4a does an excellent job and produces pictures that are characteristically what you would expect from a Pixel phone, in the first place.

On the opposite side, the iPhone SE is no slouch either, producing some of the greatest images that a phone camera is capable of. In all honesty, this is one section that is really hard to judge a phone by, and that too, objectively. Mainly because different phone cameras are going to perform differently based on the person using them, in the first place.

On paper, however, both phones sport almost the same camera specifications, and the rest boils down to the photographer as well as the software processing, which we already know how good it happens to be on both devices.

What Makes the iPhone SE a Better Alternative?

On paper, both devices may seem strikingly similar. There is a high chance that people might prefer the Google Pixel 4a over the iPhone SE based on how it looks. However, what makes the iPhone SE so special is the A13 chip that it uses. The same chip is found in the iPhone 11 series of devices, and it is no slouch, and to back that up, we have the benchmarks proving it.

If you are looking for a good phone that can last you a couple of years, there is no better option than the iPhone SE, especially if you are on a budget and you don't want to break your bank by going for a $1,000 phone.

The iPhone SE is hands down the best value smartphone that is available in the market at the time of writing and will remain so for coming years. At least until the folks over on the Android side of things decide to do something to change that.