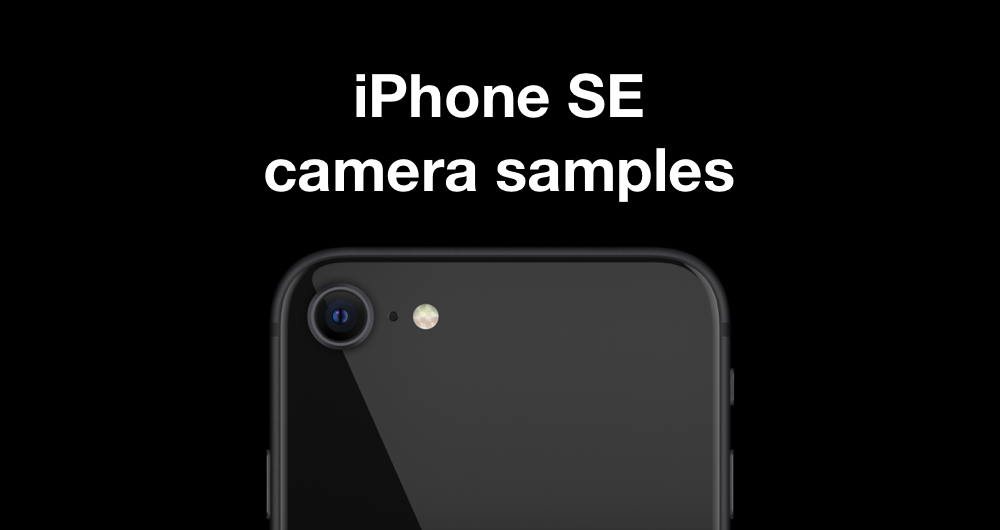 Apple's iPhone SE is official and the camera samples show how great the single-camera system is on the new budget smartphone.

Apple Calls the iPhone SE Camera the 'Best Single-Camera System on an iPhone,' Camera Samples Do the Statement Justice

The cat's out of the bag and the 4.7-inch iPhone SE is now official with a $399 starting price tag. Apart from the usual new stuff, the smaller, budget iPhone packs a huge punch in the camera department and the Cupertino company calls it the best single-camera system on an iPhone. At first, that statement felt a bit of an overkill. But once we had a look at the official iPhone SE camera samples, we are firm believers in its capabilities. Have a look at the images below, straight from Apple's own official website:

iPhone SE takes amazing photos with Smart HDR, stunning portraits with Portrait mode including all six Portrait Lighting effects, and with QuickTake, users can easily transition to video recording without switching out of Photos mode.

The iPhone SE features a 12-megapixel wide camera with an aperture of f1.8. Just like the iPhone XR, it features Portrait Mode using a single-lens, and the mode only works on people only, not objects, unlike the iPhone 11 and iPhone 11 Pro.

You get six Portrait Lightning effects - Natural, Studio, Contour, Stage, Stage Mono, High-Key Mono. There's built-in image stabilization as well so your photos look great in low light. Speaking of low light, there's no night mode in the iPhone SE which is a shame, but honestly many people aren't going to care much. Everything is topped off with Apple's Smart HDR feature for balanced colors every single time you press on that shutter button.

On the video end, the iPhone SE camera can shoot up to 4K in 60 frames per second making it an ideal budget camera for reeling in those cinematic, slowed-down shots. In fact, I'll go as far as saying that this is probably the best camera you will find in the current price point thanks to the solid backing of the A13 Bionic chip and its image processing.

Though the iPhone SE is a great little phone for its price, but for a lot of people, it will prove to be an even better camera as the samples show off in the images above. But what do you think about the iPhone SE camera? Do you think Apple has nailed it once again?