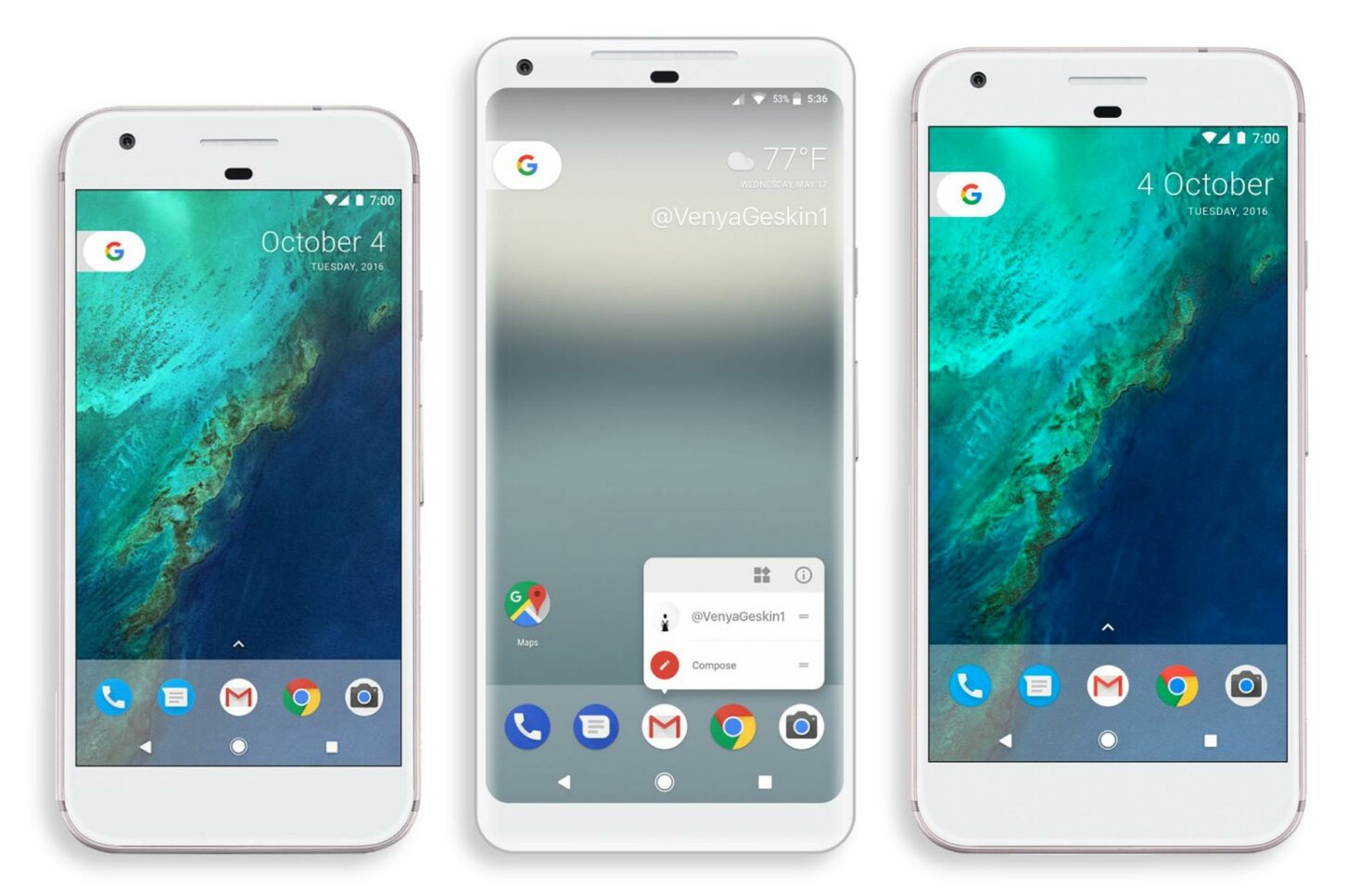 A new rumor gives way that Google and HTC might finally adopt the bezel-less smartphone design that has taken the world by storm and plan to use it for the upcoming Pixel 2 XL. Unfortunately, Google might be thinking of a popular business decision that Apple has employed for several years. The rumor details that the Pixel 2 XL might get the bezel-less design and other upgrades for a premium price.

We informed you earlier about the Pixel 2 family coming armed with a Snapdragon 836 plus an announcement date set for October 5. What we didn’t tell you was that there could be several differences separating the smaller Pixel 2 and the larger Pixel 2 XL.

Apparently, the Pixel 2 XL will have a bezel-less design form and charge extra dimes from the customer. This has been seen evidently from Apple’s corner and we feel that if the tech giant is going to be giving special attention to the Pixel 2 XL, then there are several things it might feature that the smaller Pixel 2 might not.

This could range from a dual-camera to more RAM and a natural benefit of sporting a larger battery capacity. However, what could be shared between the two phones is a lack of a headphone jack. Google was earlier rumored to be preparing a pair of headphones that could fire up Google Assistant and effortlessly pair with your device so perhaps removing the jack was a way of forcing consumers to make a headphone purchase down the road.

Just like Apple, there could be a special chip inside these peripherals that quickly pair with the phone without jumping through several hoops to complete the pairing process.

For now, take this rumor with a pinch of salt and we’ll have more info for you possibly during October 5. If the Pixel 2 XL does sport a bezel-less design, would you buy it?