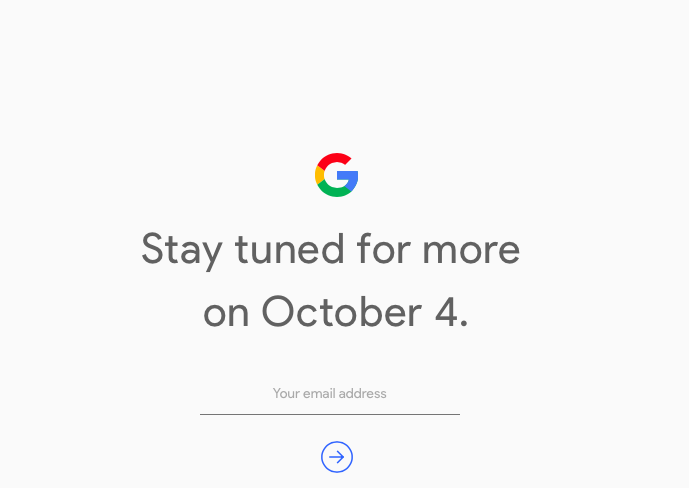 After a slew of rumours surfacing every other day, we finally have details about the launch date of much-awaited Pixel 2 smartphone. Earlier, rumours made us almost believe that Google will take the wraps off the phone on October 5 but turns out that the official launch date is a day early, i.e. October 4.

Google revealed the launch date in a rather quirky manner; the company put up a billboard in Boston with "Ask more of your phone" written on it and the date mentioned as "Oct. 4" below it. On top of it, Google also posted a video with the caption - "Funny you should ask..."

Getting down to the video first, it shows different questions that people search on Google about their phone. Questions such as why their current phone does some function badly or any other feature. In the end, the video shows the caption "Funny you should ask...Oct. 4" before popping a link directed to a new webpage.

Here is the list of rhetorical questions that the video showcases:

When you click on the link in the video, a new webpage shows up with the question "Thinking of changing phones?" followed by the message "Stay tuned for more on 4 October." It also allows users to submit their email address to stay updated with all the news about the upcoming phone.

Droid Life first published the image of the billboard in Boston. Talking about the caption "Ask more of your phone." we think that relates to the improved Google Assistant on the phone. We earlier heard the rumour that Google may include 'Active Edge' squeezable sides (like the HTC U11) that will make Google Assistant respond.

Well, we now have a launch date for Pixel 2 phones. Mark your calendars or just stay tuned with us to know everything that Google announces on October 4. Are you excited? Share your thoughts in the comment section below.

Check out the Pixel 2 teaser video: