Gmail recently received a big update that brought the Chat, Meet, and Rooms to one central hub and it is now currently rolling out to the enterprise G Suite customers. All the personal accounts already have a dedicated Meet tab. Following the announcements made, Googel is now preparing a facelift for Gmail, and that will begin with a new icon, at least if the teaser is to be believed in.

9to5Google has received a teaser image by Google that is showing the new logo. This should not come as a surprise since back in February, Google Maps got a sim;ified logo, along with other apps like Photos that followed soon. As for now, the new Gmail logo looks like a technical drawing. You can see the M, however, the envelope part that has become an iconic design element of the Gmail app is no longer there. The shape is only implied at the moment. The icon also looks flatter as compared to the older ones, and that explains the icon design language we see on iOS and Android, and yes, it does fit in with Google's design language that we are slowly seeing in more and more apps. 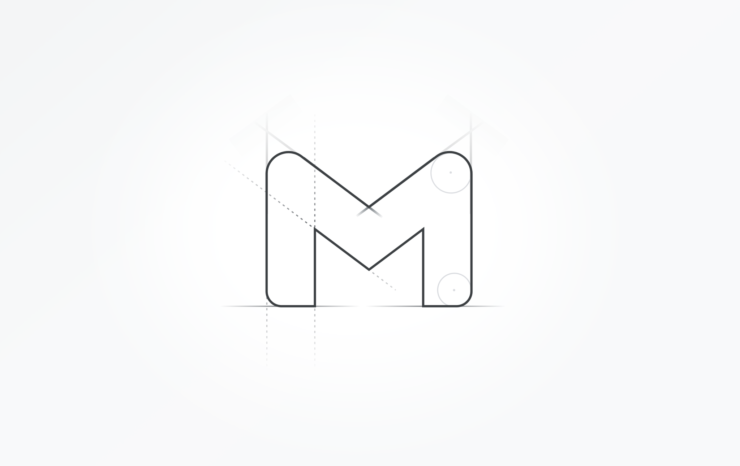 As far as the colours are concerned, we have to keep in mind that this is still just an uncoloured drawing, but considering how Google has revamped most of their icons with their four primary colours, we are likely to see dashes of blue, green, yellow, and red introduced in the logo as well, which makes sense as these colours are synonymous with Google for a long, long time now.

There is no other word on when this design change is finally taking place, but it is nice to see that Google is finally working towards modernizing their design language.