Not a lot of people pay attention to Android's Google Drive backup feature, mostly because one doesn't have to, for the most part. The process is automatic and seldom requires manual intervention. This indifference could be why a lot of Android users have just discovered a glaring bug in the Android backup facility. Several phones stop backing up data without any warning. The only certain fix requires some ADB commands, and not a lot of people are going to be down for that.

The bug was spotted on Android 9 and 10 devices and spanned across a wide range of OEMs such as Samsung, Moto, OnePlus, Huawei, and more. Head over to your phone's Settings > System > Backup, you should see the feature enabled. If the "Back up now" button is blue, you're good. The problem is for when the button is greyed out and inaccessible. Additionally, all data categories will say they're 'Waiting to back up'. This means that your phone isn't making any backups at all. 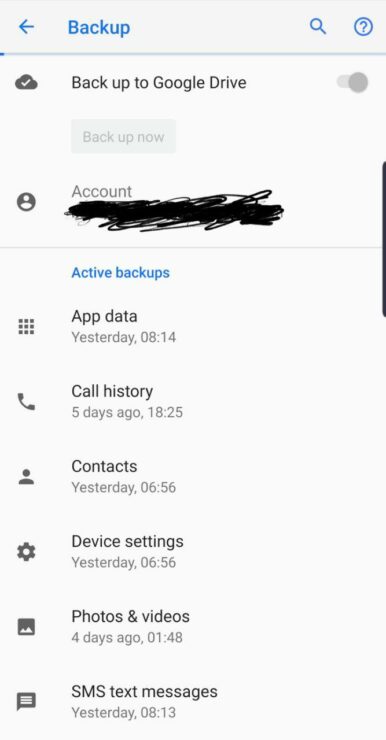 One of the possible explanations for the bug is that it arises due to the lock screen security method used on your phone. Your phone is encrypted if you have a PIN code, pattern, fingerprint, or face unlock method set. Some users say that temporarily disabling it and attempting to make the Google Drive Backup worked for them. Others claim that rebooting their phone and clearing Google Drive's app data did the trick. This is only a temporary fix and you'll have to repeat the process every time you want to back your data up.

Much like batteries dying out on the Pixel 3, this issue has been around for a long time and is yet to be addressed. There's this handy guide on the XDA Developers forum that gives us a better fix. Yes, this is the one I mentioned earlier and involves some ADB work. If you're uncomfortable with the prospect of typing out a few commands on a black screen, disabling the screen lock and manually backing up the data is the way to go for you.