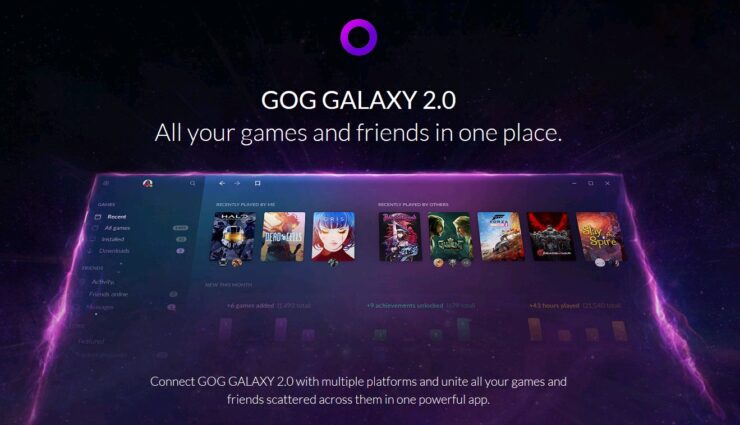 GOG has just launched the GOG GALAXY 2 closed beta and its features have been detailed.

Those who haven’t signed up for the closed beta can still do so right here, and those who receive an invitation for the beta, will get the opportunity to check and test the apps’ core features – connecting multiple platforms, installing and launching PC games, organizing the library and seeing friends’ gaming activity.

“GOG GALAXY 2.0 is an application designed for all gamers, that will allow to combine multiple game libraries into one and connect with friends across all gaming platforms, PC and consoles”, the official press release reads.

We’ve included the closed beta’s features, as supplied by GOG, down below:

Import all your games from PC and consoles, build and organize them into one master collection. Install and launch any PC game you own, no matter the platform.

Keep track of all your achievements, hours played and games owned.

Customize your library by filtering, sorting, tagging, and adding your own visuals like game backgrounds or covers.

Compete on leaderboards and see who’s the master collector, completionist or spends the most time playing.

Your personal data will never be shared with third parties.

We’re not spying on data from your computer.

With a single click, you can remove imported games and friends data from our servers.

All customizations and changes to your library are saved in the cloud and synced between all your devices.

The best way to run and update your GOG games.

The client is not required to play your DRM-free GOG games.

Please note that this version of GOG Galaxy 2.0 is is still a work-in-progress application and not all are included. In addition, users may experience some bugs or issues.