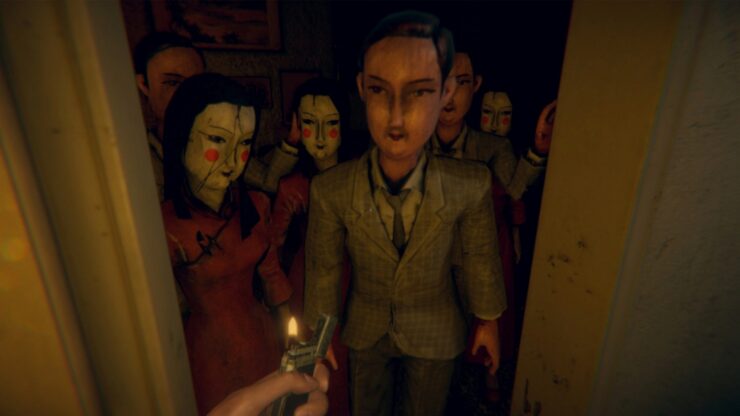 First-person psychological horror game Devotion had been planned for release on GOG.com after its initial debut and subsequent removal from Steam in 2019. The classic PC gaming platform announced plans to add the game to its catalogue on December 18. Then, just as quickly as the game was confirmed to be headed to the platform, GOG appears to have changed its mind.

In a matter of hours, GOG tweeted that it had changed its mind on the decision after apparently receiving messages from individuals upset by its intention to publish the game on the platform.

Earlier today, it was announced that the game Devotion is coming to GOG. After receiving many messages from gamers, we have decided not to list the game in our store.

"Earlier today, it was announced that the game Devotion is coming to GOG. After receiving many messages from gamers, we have decided not to list the game in our store."

Red Candle Games' Devotion was originally removed from Steam due to a controversial Easter egg that compared Chinese paramount leader and general secretary Xi Jinping to Winnie the Pooh. Thee game was review bombed on Steam by angry Chinese players. Th game was removed from Steam in China as well even after the message was patched out.

GOG did not explain what "many messages from gamers" meant in its secondary tweet, though reactions to the news on Twitter are going just about as well as you'd expect.

Devotion's status continues to remain up in the air. Here's a look at what it's all about according to developer Red Candle Games.

“Be careful what you pray for…”

The story centers around a seemingly ordinary family of three that lived in an old apartment complex. Explore the nostalgic house in the 80s where religion plays a significant role in their daily life. When one day the same house that once filled with joy and love had turned into a hell-like nightmare, and by venturing in the haunted and confined space, each puzzle leads you closer to the mysteries nested deep inside."

We'll keep you update in the event GOG decides to correct course once more.