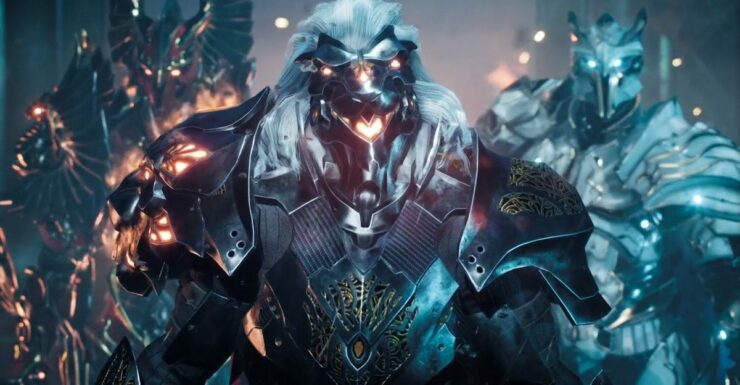 [Update] Counterplay Games has taken to Twitter to confirm that the gameplay footage that surfaced is indeed from an old internal PC build as part of a presentation.

Hey everyone! We can confirm that the circulating trailer is year-old PC footage used as part of an internal presentation. We are energized by your excitement and look forward to showing you just how far this game has come. Stay tuned for a more detailed look soon! ⚔️

Yesterday we covered a rather short gameplay clip from the upcoming next-gen title, and today we wanted to share more footage from the action-RPG. The footage that has been uploaded is substantial longer in length than yesterday’s gameplay clip.

Unfortunately, the quality of the uploaded video is pretty low. As such, the visuals aren’t representative of the game running on Sony’s PS5 and PC. According to the poster, the footage is from an internal early 2019 build of the title. Check out the 1:13 minute long footage down below:

Godfall is slated for a release on PS5 and PC in late 2020. Developed by Counterplay Games and published by Gearbox Publishing, the looter-slasher was announced during The Game Awards 2019.

Godfall retains the desire for offense-oriented, mastery-driven combat, rewarding you with head-turning, powerful loot that then inspires your next set of character builds. Godfall's third-person melee combat is fluid, dynamic and interactive, embracing offense over defense