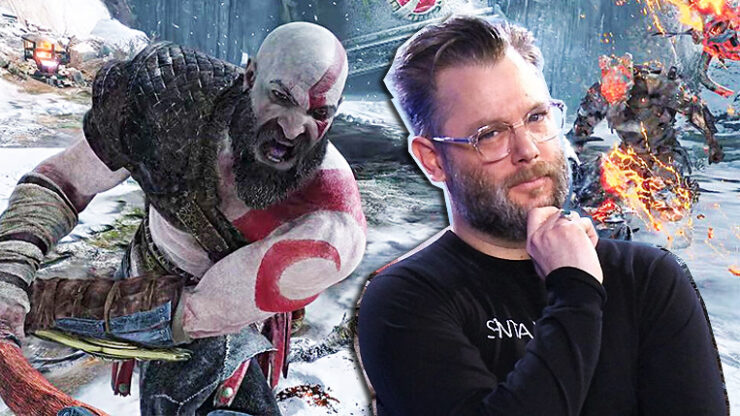 The new God of War has been a rousing success for Sony, picking up glowing reviews and dominating sales charts, but what does the future hold for the franchise? A lot of sequels it seems. God of War director Cory Barlog was asked about his plans for the series during an appearance on the Kotaku Splitscreen podcast, and he let slip that he has a whopping five sequels in mind.

That’s a whole lotta God o’ War, particularly considering the latest game was in development for five years, which really seemed to weigh on Barlog. Will the poor guy survive making five more God of Wars? Thankfully for all involved, Barlog believes making the sequels will be faster process…

“I want to figure out how to make these things faster, man. I think this [God of War] -- a big portion of the five years was, we had to start from scratch. We had a core engine, but we really redid a lot of stuff. Everything needed to be redone, because we just had torn the engine apart in so many different ways that when we finally brought the team together, everyone realized, ‘OK, this is not where it needs to be.’

So even when you see E3 2016, the rendering engine wasn’t there, the lighting engine was half-there, the atmospheric engine was half-there. The core mechanics were there, but a lot of the way we were streaming and loading everything was still getting worked out, and figuring out how we were going to get it logistically to work. We knew what we wanted, we just didn’t know technologically how we were going to get it in the right order.”

Sounds good in theory, but when asked how he would convince his team not to throw out the engine all over again with the next God of War, he didn’t really have an answer. So yeah, we’ll see how fast those sequels actually come out. Pray…for…Barlog.