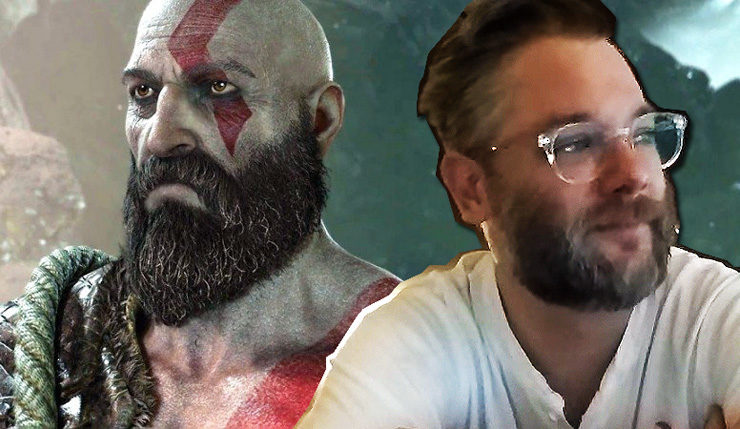 Five years is a long time to work on anything, but in the case of the new God of War, the investment paid off handsomely. In a recent interview, God of War director Cory Barlog teased he had recorded a video of himself reacting to his game’s reviews (check out Wccf’s perfect 10 here), but wasn’t sure if he was going to put it online as the emotion of moment “caught him way off guard.” Well, Barlog deserves some big props, because he went ahead and posted the video last night. The director explained it was his son who inspired him to release the raw footage to the world…

“I thought a lot about whether or not to upload, but then I thought of what my son, Helo, is going through.  He doesn't want us to be around when he is sad, opting to run in another room and yell at us if we try to come in.  It has been important to us to let him know that it is OK to be sad, it is OK to cry. There is nothing to hide.  I thought I would try to set a good example and show him that papa can cry in front of the world, or at least the 50 people who end up watching this. 🙂 This is for you, Helo.  Papa loves you.”

Needless to say, a few more than 50 people have watched the video. Check it out, below.

It seems hard to believe, considering the God of War is now a well-publicized critical and commercial hit, but at the beginning of the video Barlog seems genuinely nervous about the reaction his game might get. He then brings up the review scores, and, well, things get real. Barlog did his best to sum up why the moment was so moving (warning, a few bad words ahead…)

“I shouldn't matter, but I'm just so fucking proud. […] I'm not going to bullshit you, I was fucking freaked out man. I guess I didn't want to believe that others would see it as we saw it, so that's just awesome. I guess it means I don't know shit. Sometimes a crazy idea can make something special.”

The video game industry is an insular one, with most real emotions and reactions hidden behind a veil of PR, so it’s nice to see a prominent creator like Barlog being so open with fans.