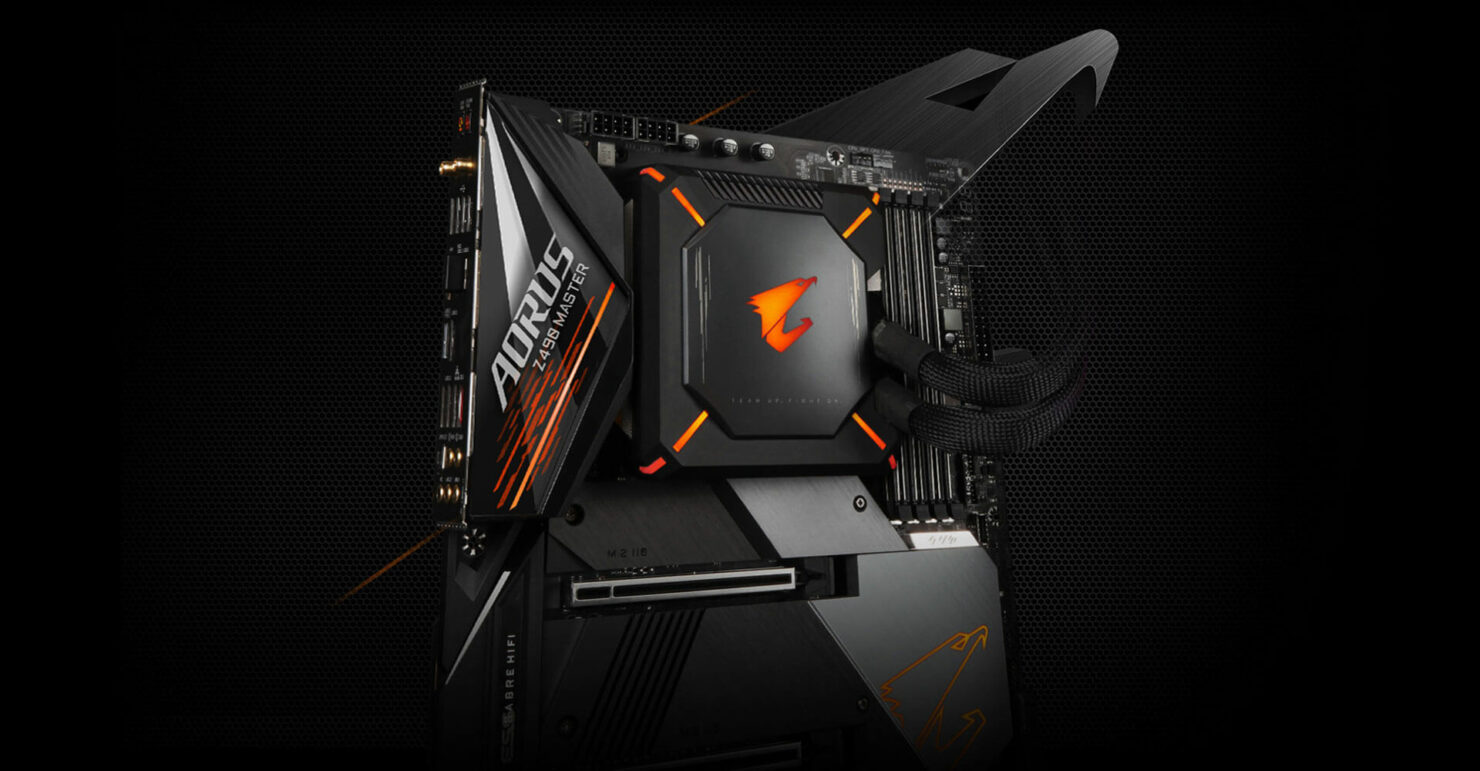 The 14-phase digital power design with each phase holding up to 90 amps unleashes extreme performance and optimizes overclocking ability on the new processor. The Z490 AORUS MASTER WATERFORCE offers innovations as top-of-the-line audio quality, and feature-rich I/O with an integrated I/O shield, and much more, check all the boxes for users on system performance, power management, thermals, and audio. 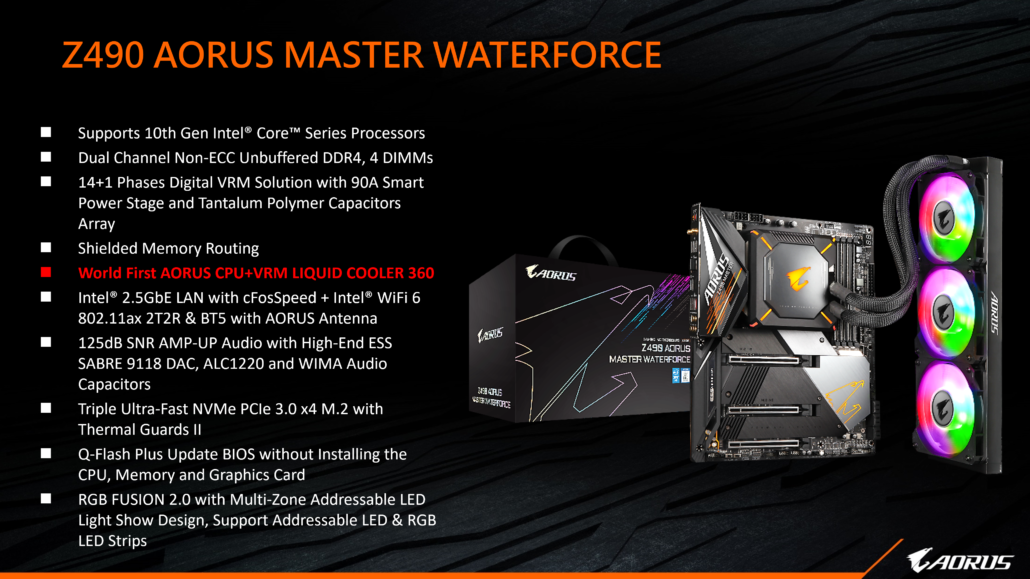 The 10th generation of Intel Core processors has been in the market, enhanced by up to 10 cores, 20 threads, and 20 MB total caches, the performance boost with the default TDP ramping up to 125 Watts. The excess heat and TDP also boost especially when overclocking on all cores. Many users choose liquid cooling to effectively dissipate excess heat generated from the high-speed operation, and further release the extreme overclocking performance of the processors. However, users often hesitate since general AIO liquid cooling cannot cover VRM dissipation, and the monoblock for the processor and VRM area of open liquid cooling is always difficult to purchase separately as well as raise the possibility to break the warranty. 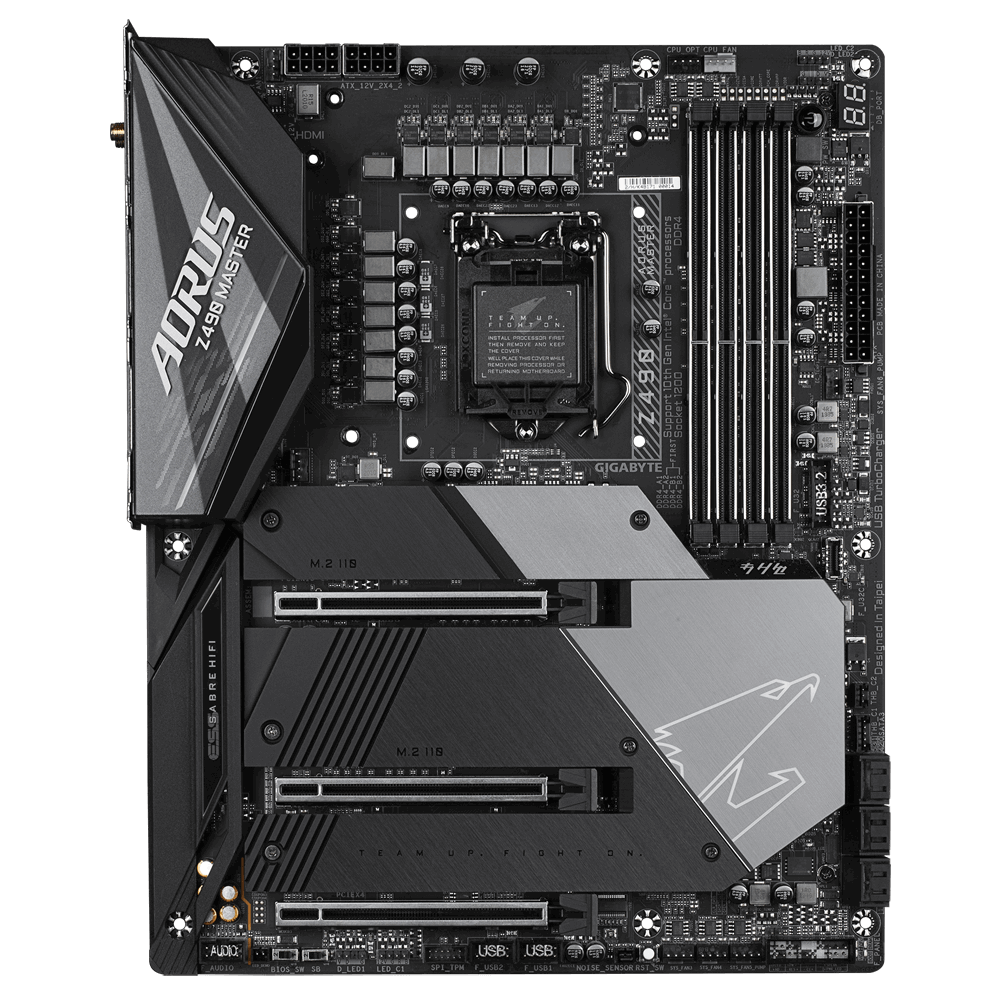 To provide users a convenient option without breaking the warranty, GIGABYTE released the Z490 AORUS MASTER WATERFORCE motherboard with a whole new design with AIO 360 liquid cooling which can dissipate the heat from the processors and VRM at the same time.

GIGABYTE Z490 AORUS MASTER WATERFORCE motherboard features a 14-phase digital power design in which each phase can hold up to 90 amps with its Smart Power Stage design, delivering up to 1260 Amps for the best power balance to prevent the processors’ performance drop from VRM overheating.

Solid power pin connectors on the addition of Tantalum Polymer capacitors improve the transient response of the VRM between high and low loads to reduce 22% of voltage wave, providing more stable and pure power to enhance the stability of the processor so that users won’t have to worry about overlocking failures caused by unstable power.

The signal stabilizing function of the tantalum Polymer capacitors at the base of the memory slots further enhances the stability of the board especially when overclocking at XMP high frequencies, enabling overclocked RAM performance at DDR4 5000MHz speeds and above according to the test results. 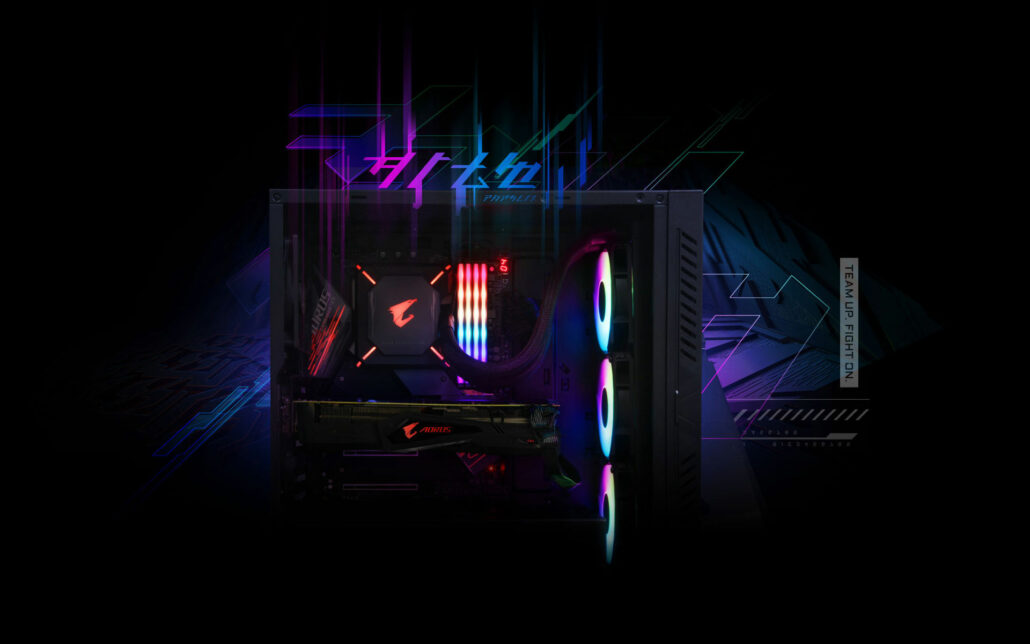 Z490 AORUS XTREME WATERFORCE is based on the Z490 AORUS XTREME, providing extreme power, a memory circuit, and expansion design. Through the AORUS All-In-One Monoblock, the heat from CPU, chipset, and even M.2 SSD can be dissipated at the same time. Enhanced by extra thick 7.5 W/mK LAIRD Thermal Conductivity Pad, the contact between the VRM, chipset, and monoblock is increased, providing superior heat conduction to avoid the instability from the system overloading. Meanwhile the fashionable outlook and embedded dual digital RGB lighting design furnish liquid cooling enthusiasts with the most premium liquid cooling system with a customized style.