Gigabyte has announced their latest GeForce GTX 980 WaterForce Tri-Sli system which will be making its way in the market this year. The WaterForce system is part of Gigabyte's latest AIO liquid cooling system bundle which was announced six months ago, featuring tri-SLI GeForce GTX 780 Ti GPUs. This time, Gigabyte has updated the design with three GeForce GTX 980 G1 graphics card which are cooled by a powerful 3-Way SLI closed loop H2O cooling system.

While the system may look a difficult piece of equipment to understand at first when judging through the images, the design is simply straightforward. Starting off with the graphics cards, we have three GeForce GTX 980 G1 Gaming cards which as we previously know are part of the non-reference design featuring one of the best PCB and cooling designs in the market. While the PCB sticks to the same design as featured on G1 Gaming, Gigabyte has updated the cooler shroud to make it manageable for the AIO liquid cooling setup. In terms of technical specifications, we are looking at 2048 CUDA Cores, 128 TMUs, 64 ROPs and a 4 GB GDDR5 memory running across a 256-bit interface. Each card is clocked at 1228 MHz core, 1329 MHz boost and 7010 MHz for the memory frequency. Display outputs on each card include Dual-link DVI-I, DVI-D, 3 DisplayPorts and HDMI outputs.

The external unit which looks like a casing of its own can be placed anywhere but Gigabyte has recommended to place it on top of a PC chassis so that the configuration controls are easily available. Gigabyte also intends to give gamers and enthusiasts alike greater control over their running environments. This can be seen through the elaborately designed main unit.Each card is cooled by a separate 120x120mm radiator and three of them are located within the system. Its huge in fact has three 120 mm fans on the top mesh panel to blow air towards the radiators at maximum operational speed. The are a total of six pipes leading through the front of the chassis to the cards where they are cooled off. Several other features of the system includes individual fan speeds and coolant pressure controls which can be adjusted through the front panel which also adopts a 5.25 inch front panel display where the readings for coolant temperature and fan speeds can be seen.

The cooling shroud as said earlier, has been modified with a clear mesh panel surrounded by a matte black shroud. A WaterForce logo is engraved in the middle of these cards and while the interior PCB is similar to GIgabyte's G1 Gaming offering, the GeForce GTX 980 WaterForce incorporates a contact base for the 120mm radiator and several copper heatpipes running through the metallic base plate which offer superior cooling in SLI operation. Accessories include a custom designed 3-Way SLI bridge, reinforcement beam for the three cards and several tube management knobs.

From previous numbers displayed by Gigabyte, the WaterForce solution is 42.9% cooler than traditional air cooled graphics cards which results in better overclocking potential and superior performance. Gigabyte hasn't yet announced the pricing for their GeForce GTX 980 WaterForce Tri-SLI system nor have the hinted at any launch date but we expect this to launch late this year. 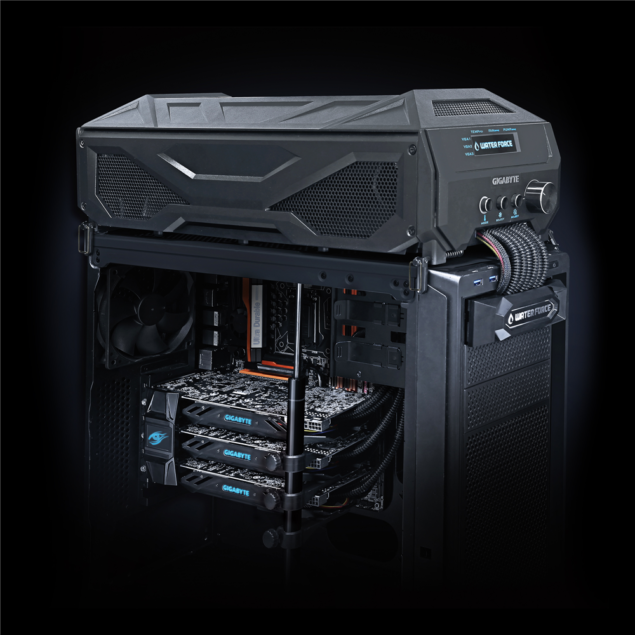 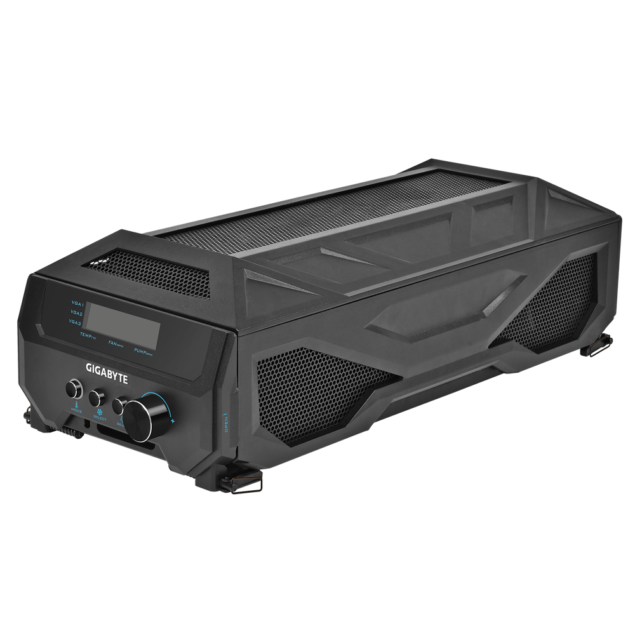 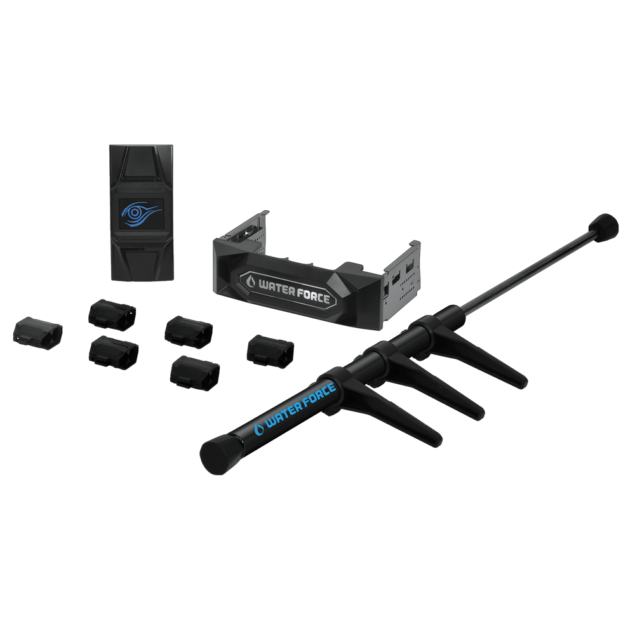