Taiwanese manufacturer Gigabyte just  added another impressive cooling system to its already large inventory. Already known for it's impressive WindForce coolers, the company just went a step ahead in announcing its new WaterForce design during a Tech Tour event on the 25th of this month. The new system released is a beast in its own right .

What first catches the eye at the demonstration of the cooler in China this week is the massive external module which sits on top of the chassis. The exact specifications and contents of this module are as of yet unknown. However, what is known is that it houses the coolant reservoir(s), a multiple fanned radiator and pumps and fans to further supplement the hardware inside.  Another important feature of the new system released by the Taiwanese manufacturer are ports for cooling tubes for individual GPUs. The tubes are connected to the main module through a hub requiring a 5.25 inch drive bay.

Gigabyte also intends to give gamers and enthusiasts alike greater control over their running environments. This can be seen through the elaborately designed main unit. As seen in the image above, the main unit displays temperatures for each of the coolant channels. It also seems to allow control over fan and pump speed. This should be worthwhile for any user willing to purchase the system, since the control offered here indeed does seem to be mouthwatering. The main unit also allows control of other performance features including temperature monitoring and noise levels. The tubes visible above then get connected to a WaterForce enabled GPU featuring full coverage waterblocks covering the VRMs, GPU and RAM.

The latest WaterForce was demoed using three GeForce GTX 780 Ti(s). It should be kept in mind that the system demonstrated by Gigabyte is not a final product. The company is expected to further refine the operating and manufacturing details on it. Also shown at Tech Tour was the latest Gigabyte WindForce, capable of handling thermal loads as high as 600W. The WindForce has recently debuted with company's GeForce GTX Titan Black. 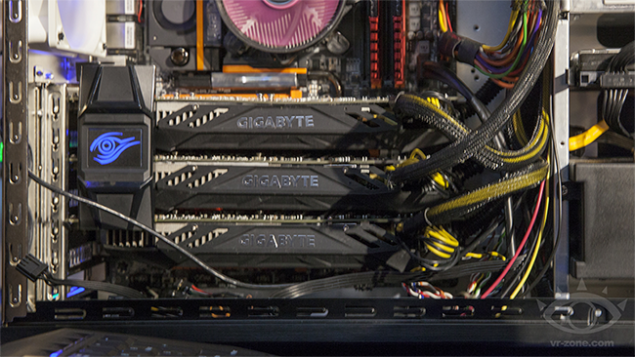 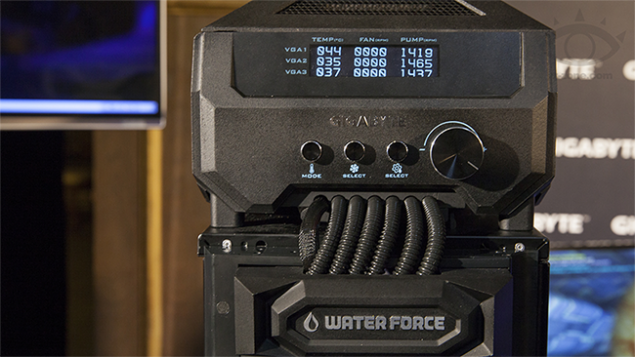 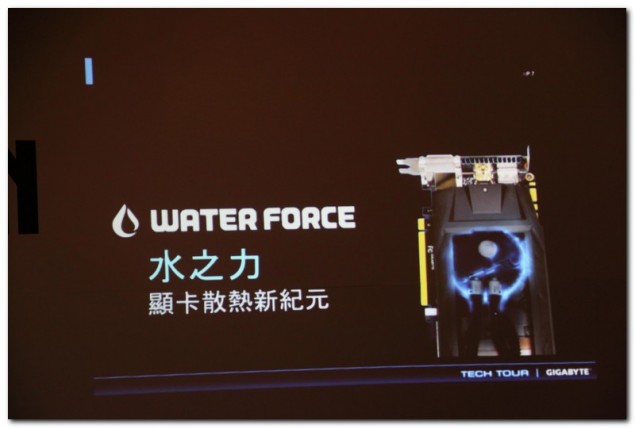 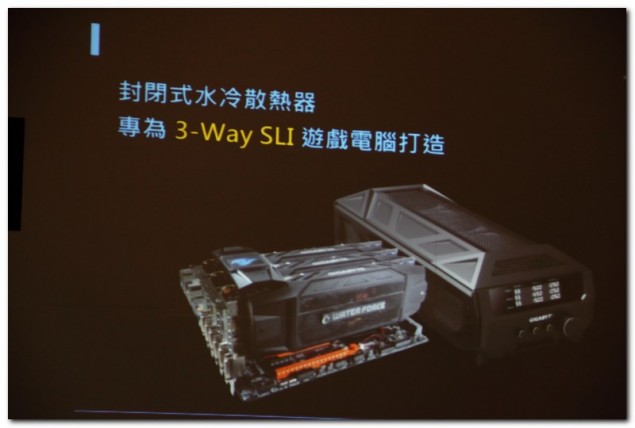 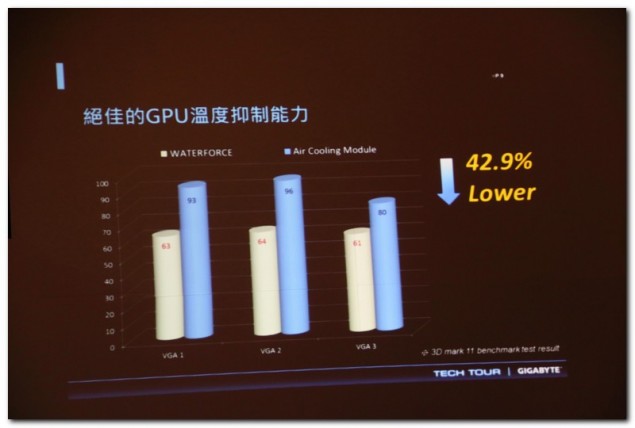 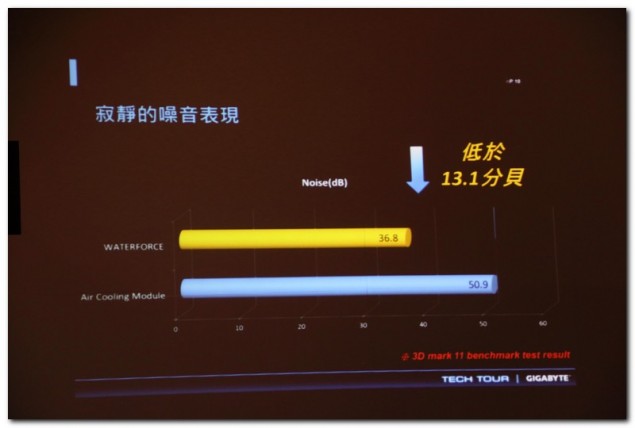 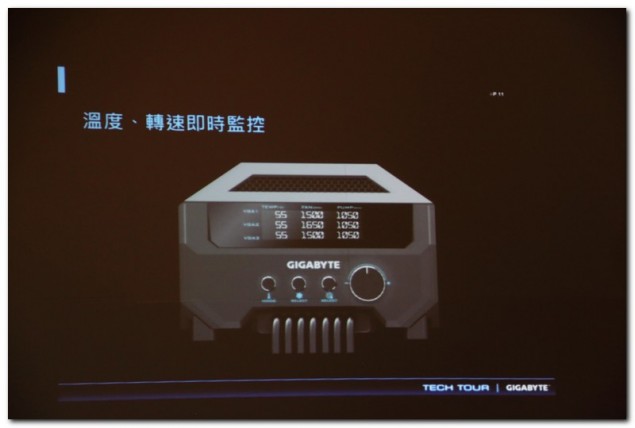 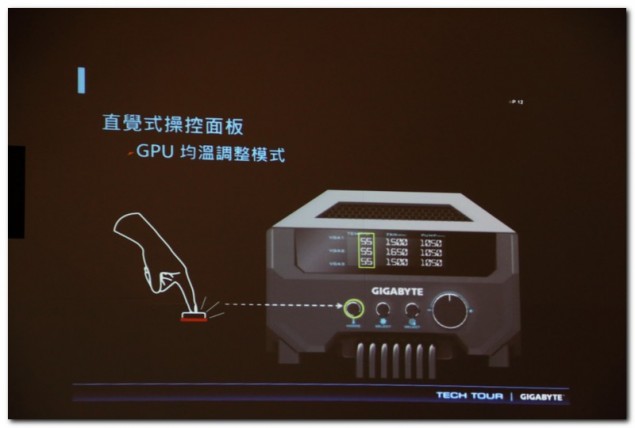 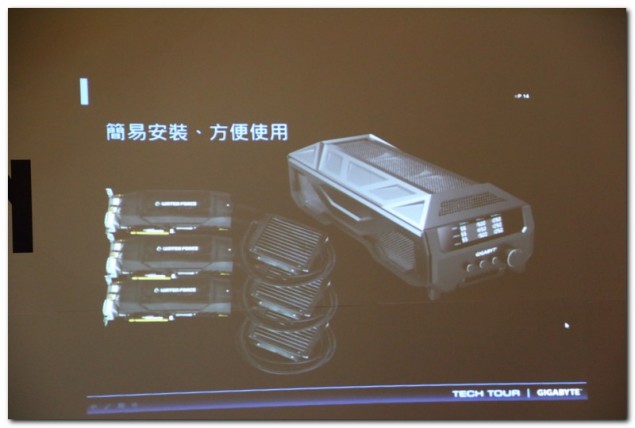