Gigabyte GTX 680 SOC “WindForce 5X” Pictured in all its Glory 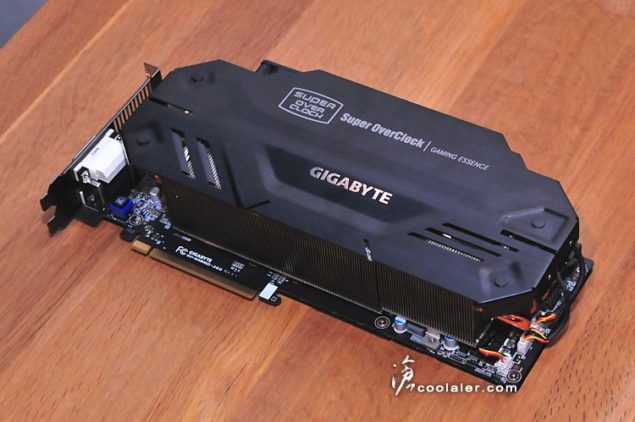 The Windforce 5X cooling design features a large densely packed aluminum heatsink array through which nine 6mm heatpipes run. Total cooling capacity of the heatsink is around 500W which makes it worth for extreme overclockers. To cool it all, Gigabyte has added five 40mm fans, though not a good move since the fans rather than blowing air out are located in the central chamber hence blowing hot air at the other PC components.

The base plate is copper plated and covers the GPU core and memory chips, power is provided through 8 + 6 pin connectors. Other features such as a strong custom PCB, Proselytizer film capacitors, dual BIOS technology, the Ultra Durable VGA r and display outputs include the reference two DVI, HDMI and Display port.

Clock frequencies remain unknown and so do the price and release date. 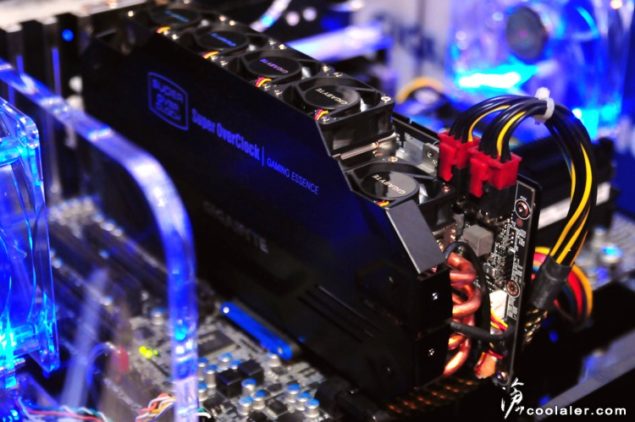 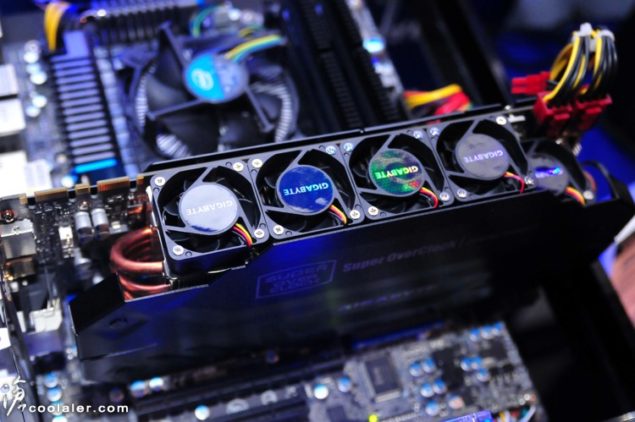 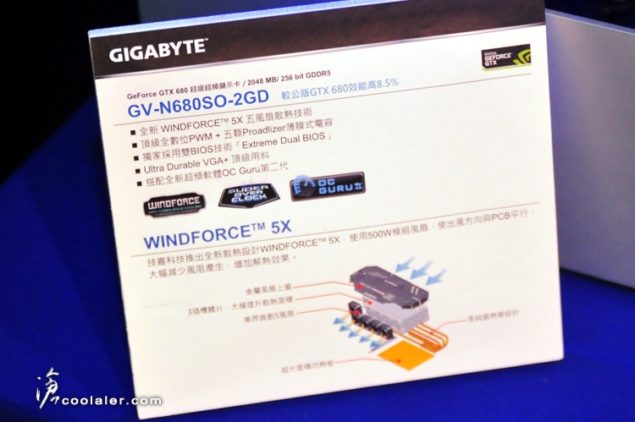 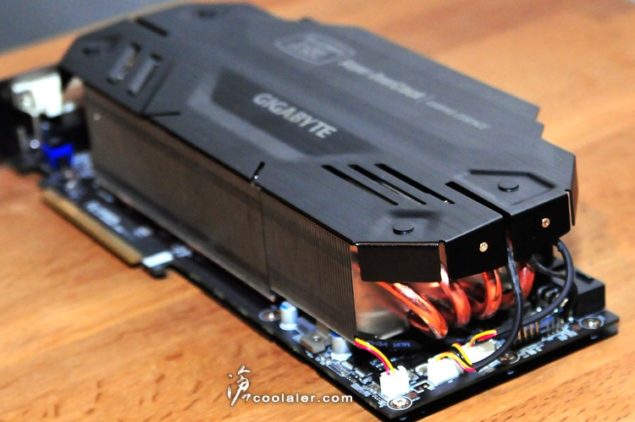 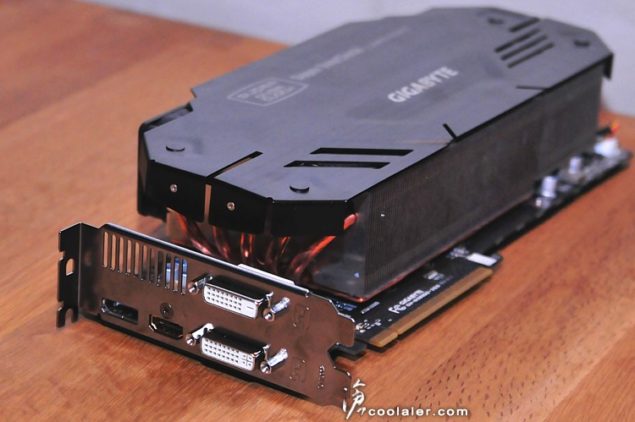 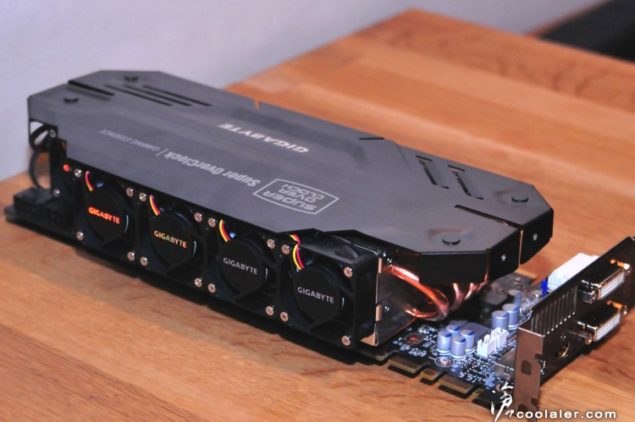 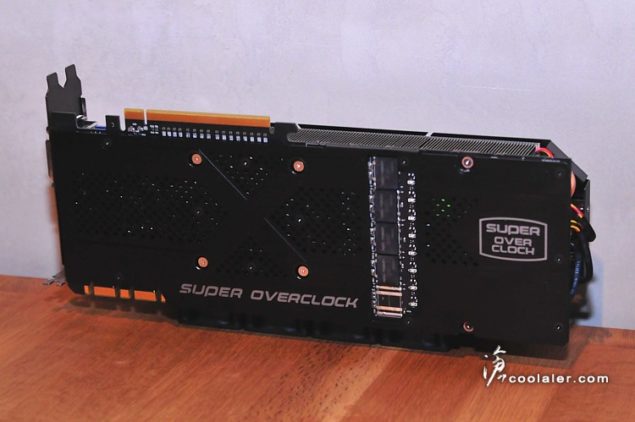 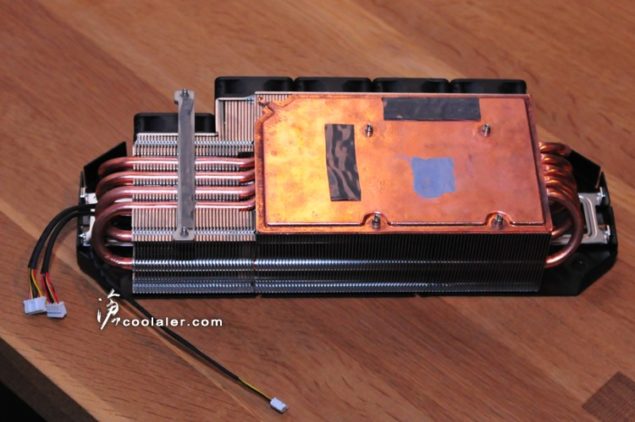 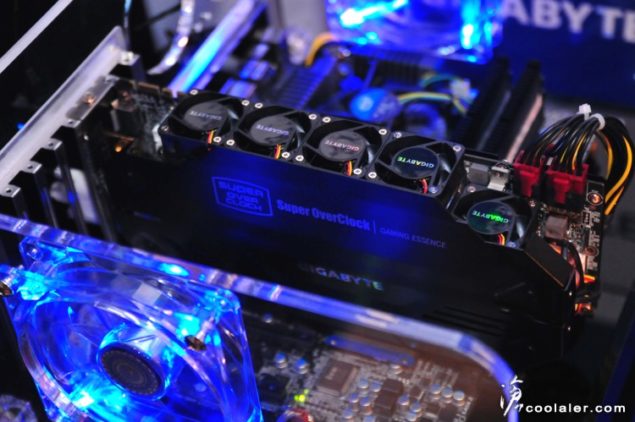