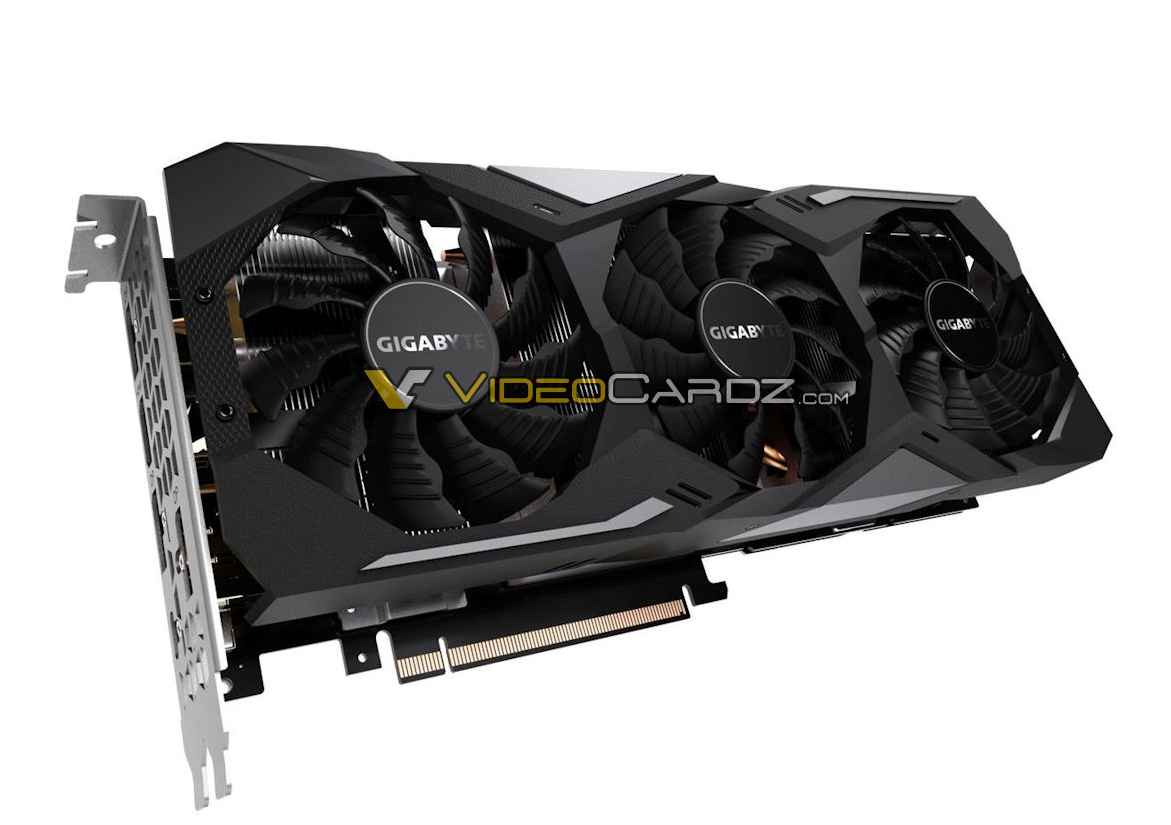 Looks like its GIGABYTE's turn to have their upcoming RTX-series lineup leaked by Videocardz. Both the Gaming OC and Windforce OC variants were spotted for the GIGABYTE RTX 2080 Ti and RTX 2080 graphics cards. NVIDIA is planning to launch the successor to the GTX-series in just a few hours but it looks like we have pretty much all the details leaked already. The bar for the element of surprise for NVIDIA's beforthegame event just got a lot higher.

Before I begin, anyone interested in going through the nitty gritty of the RTX series would be well advised to go through the RTX-series PNY leak which contains information of just about everything. The new series from NVIDIA will be the successor to the GTX-series (at least in the high-end) and will not only include a brand new ray-tracing engine but also contain VirtualLink - a USB-c shaped port that will help speed up VR adoption. You can see the ports on GIGABYTE's RTX series down below with 3x Display Ports, 1x HDMI, and 1x VirtualLink.

The 352-bit bus provides bandwidth of 616 GBPs which is more than adequate for even the most demanding of resolutions and even VR. The TDP of the PNY card was 285 Watts so the GIGABYTE OC version should have similar power requirements. Keeping in mind that the ray tracing engine takes up die space but won't be in use much of the time means that this power limit won't actually be hit under most use-cases (unless you are playing an AAA game that has RT enabled).

Finally, we have the RTX 2080 Windforce OC and Gaming OC variants both of which have 2944 CUDA Cores clocked somewhere above 1710 MHz. Do keep in mind that these are the "guaranteed boost clock" speeds and the actual clock speeds with dynamic overclocking in NVIDIA's drivers will be much higher - anywhere from 100MHz to 200 MHZ increment. The 256-bit bus provides bandwidth of 448 GBps and interestingly, the power consumption apparently remains constant.