While Ubisoft announced earlier last year that Ghost Recon: Future Soldier would be a console exclusive they have had a change of heart and decided to release the game for PC too but don't get excited just yet, Since this IS Ubisoft we are talking about they are going to release Future Soldier on the PC a few weeks (or a couple of months?) After the console version releases. This won't be the first time the company has done this to their PC fans but at least Ubisoft is finally showing some love to the PC yet again.

The only question on my mind is whether we will see a new form of DRM installed on this game? I mean this is Ubisoft after all. 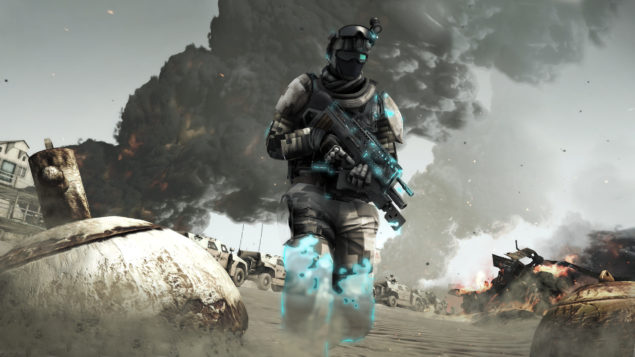 The Ghost Recon series started off on the PC and was one of the first few games to introduce the world to Physx, while it was buggy as hell the game was far superior on the PC than it was on the consoles but soon afterwards Ubisoft changed its mind about focusing on PC and instead starting delaying almost all their games to the PC until a few weeks (or at times months) after the console version of the game had released. Ubisoft is still continuing this regiment but this time they are giving the treatment to something that isn't an Assassins Creed game.

Future Soldier is going to be a truly remarkable game with all the multiplayer options and the coop campaigns thrown in this is definitely going to be an amazing game from Ubisoft, the game is hitting May 2012 for the XBOX 360 and the PlayStation 3 and on a later (and unannounced) date for the PC, with a multiplayer BETA for the consoles coming in April (Sorry again PC guys).

It's a shame that many gaming companies today have strayed off the PC and are more focused on releasing games for consoles instead, there used to be a time when Rockstar, Ubisoft AND EA used to release games on the PC and Consoles simultaneously but those days are long gone and now PC players just get shoddy ports of the popular studios games.