The highly successful and unorthodox Geometry Wars franchise is going to be adding an updated third member to its stable. Geometry Wars 3: Dimensions Evolved has been confirmed vi a new trailer released earlier today. 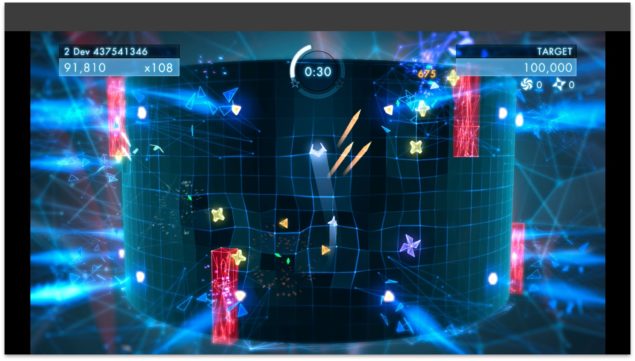 This particular update is ambitiously adding 40 brand new stages to the Adventure mode of the game. In addition to that, Sierra has added several new bosses some new 3D grid shapes and a few new gameplay types as well. Sierra has also heard your pleas about the somewhat difficult leveling system that was implemented in the original, and have made it a bit easier to progress.

All in all the entire game will feature 100 different levels with 20 dedicated levels for the Hardcore mode.

If you've never played it and perhaps even passed it up for the basic premise that it presents then that's okay. I still urge you to try it. It's fantastically made and certainly beyond addicting. Geometry Wars really makes time pass quickly around you while you struggle to survive in the fast-paced grid environment. Geometry Wars 3: Dimensions is a unique shooter that's worth a look.

And now for that new trailer that details all the new things you can expect in the update.