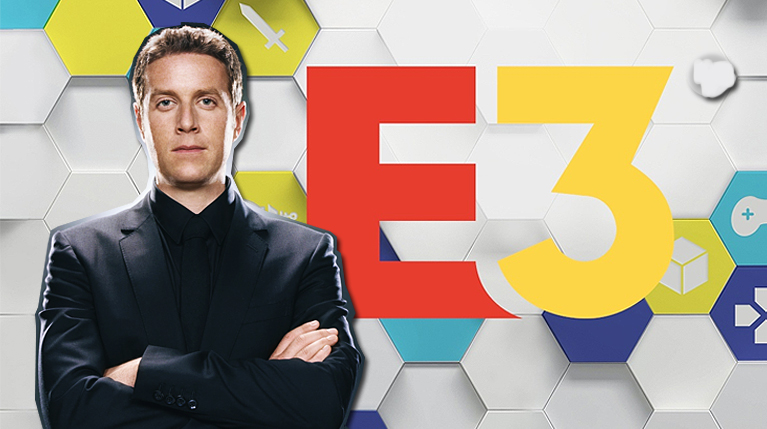 The fading institution that is E3 has been dealt another blow. Sony has already announced they won’t be attending the conference for the second straight year, despite launching a new console in 2020, and now The Game Awards head honcho Geoff Keighley has announced he's also no-showing. Keighley has been a presence at the show for 25 years and since 2017 has produced the E3 Coliseum live stage show. Whether Coliseum goes on without him remains to be seen.

Keighley announced he’d be sitting out E3 on Twitter…

I wanted to share some important news about my plans around E3 2020. pic.twitter.com/EhrreKV9oR

For the past 25 years, I have attended every Electronic Entertainment Expo. Covering, hosting, and sharing E3 has always been a highlight of my year, not to mention a defining part of my career. I've debated what to say about E3 2020. While I want to support the developers who will showcase their work, I also need to be open and honest with you, the fans, about precisely what to expect from me. I have made the difficult decision to decline to produce E3 Coliseum. For the first time in 25 years, I will not be participating in E3. I look forward to supporting the industry in other ways and at other events in the future.

Keighley’s departure comes as E3 faces challenges on multiple fronts – publisher pull-outs, concerns about information security, and general declining interest and attendance have put the future of the show in question. For their part, E3 organizers the ESA have dropped a press release promising an “all-new experience” this year.

E3 has been reimagined to include new stage experiences, experiential zones, and live events to showcase new titles and innovations in video games and to celebrate video game culture. E3 2020 will feature special guest gamers, celebrities, and digital programming on the show floor while connecting with global audiences through extended livestreaming. A highlight will be the debut of an all-new floor experience that will be streamed to bring exclusive conversations with leading industry innovators and creators to attendees and fans worldwide

Based on Keighley’s reaction, it seems like some of the changes may be rather divisive! The idea of the show floor being constantly livestreamed doesn't exactly excite me. Meanwhile, Keighley has confirmed he’ll still be producing the Gamescom Opening Night Live show later this summer.

Yep we will be doing Opening Night Live in August!

In related news, it seems E3 organizers accidentally leaked a partial (at least I hope it’s partial) list of companies who will actually be attending the show this year. They’ve since confirmed Xbox, Nintendo, Ubisoft, Bethesda, Sega, Capcom, Square Enix, Take-Two, Bandai Namco, and Warner Bros. Interactive and more will be at the show.

The first list of participating companies at E3 2020 has been published. It will be updated with additional attendees in the future.

Sony has already confirmed it's not attending this year. https://t.co/BOZBwSdr7C pic.twitter.com/rRoMkayZEb

What do you think? Is E3 done for? Will something new take its place, or is Gamescom or some other convention going to become the big gaming event of the year?