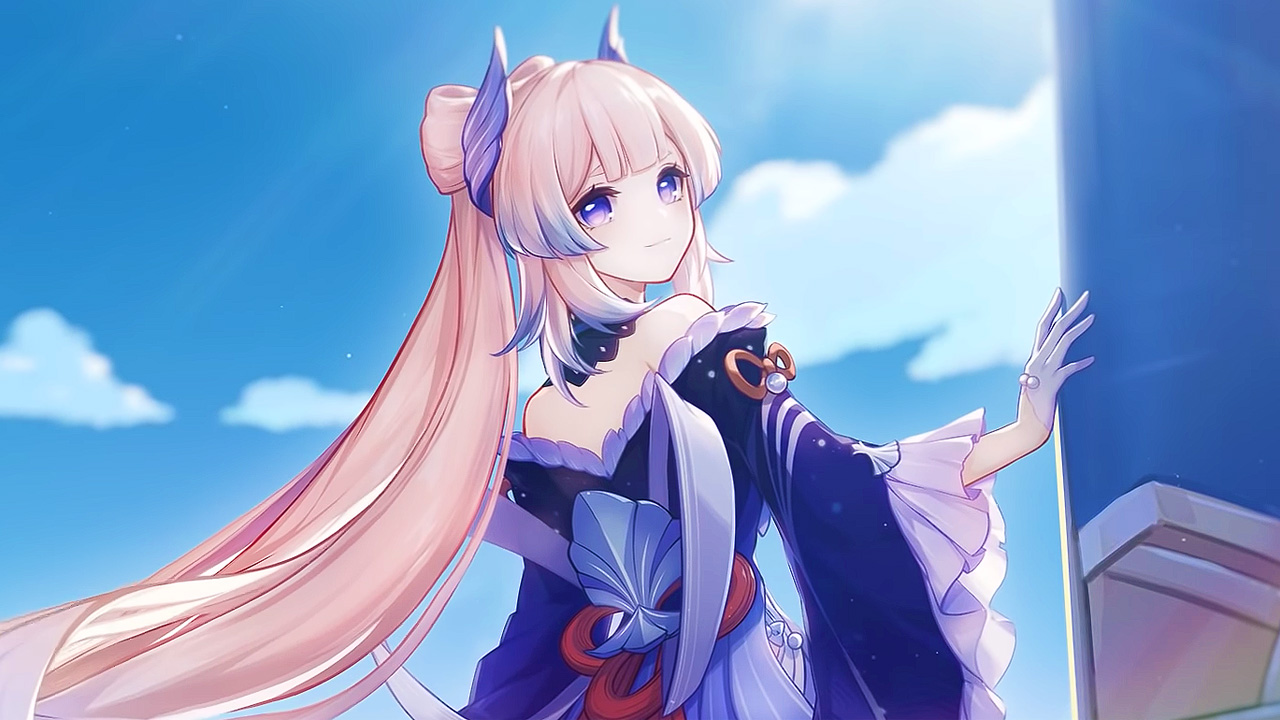 The next major Genshin Impact update following version 2.1 won’t arrive for a while yet, but miHoYo is still refreshing the game with a new character, story quest, and more today. The new character is the 5-star Sangonomiya Kokomi, who brings excellent healing capabilities to the fight, at the cost of offensive strength. You can get a quick look at Kokomi in action, below.

Here’s a deeper dive look at Kokomi abilties and her homeland of Watatsumi Island.

Here’s everything you need to know about Sangonomiya Kokomi…

Sangonomiya Kokomi is a support character with excellent healing abilities.

Her Elemental Skill, Bake-Kurage, provides sustained healing to nearby party members, while dealing Hydro DMG to enemies with its AOE. While Kokomi activates her Elemental Burst and enters her Ceremonial Garment state, her Normal Attack, Charged Attack, and Bake-Kurage DMG are increased based on her Max HP. When her Normal and Charged attacks hit opponents, Kokomi will heal all nearby party members.

Normal Attack: The Shape of Water

Summons the might of Watasumi, dealing Hydro DMG to surrounding enemies, before robing Kokomi in a Ceremonial Garment made from the flowing waters of Sangonomiya.

Kokomi will be available later today (September 21) at 3pm PT. You’ll need to buy wishes for the “Drifting Luminescence” banner in order to unlock her (you can get more information on how Genshin Impact’s gacha system works here). Kokomi will be accompanied by the new Dracaena Somnolenta story quest, which requires players to be at an Adventure Rank of 40 or above.