GeForce RTX 2080 Ti Cards Are Dying And There Are Different RTX 2070 Chips. 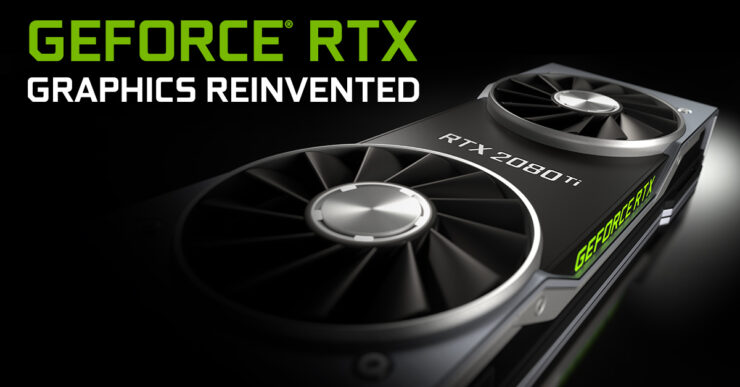 NVIDIA and the GeForce RTX 2080 Ti and the rest of the RTX family can't seem to stay out of the headlines these days. But, all press is good press right? Maybe not always in this case. The RTX 2080 Ti is apparently having some issues staying alive and there are multiple variants of the RTX 2070 floating about that offer up very different performance levels under the same branding name.

Reports sprang up just before Halloween regarding an unusual amount of RTX 2080 Ti's being reported on the GeForce forums indication a rather high number of cards dying for a new launch.  Defects and DOAs aren't exactly uncommon and do happen at launch and with a GPU with such a massive die it's quite possible for some to slip through QA and make it out into the wild, only to be found by the unfortunate person it was shipped to. 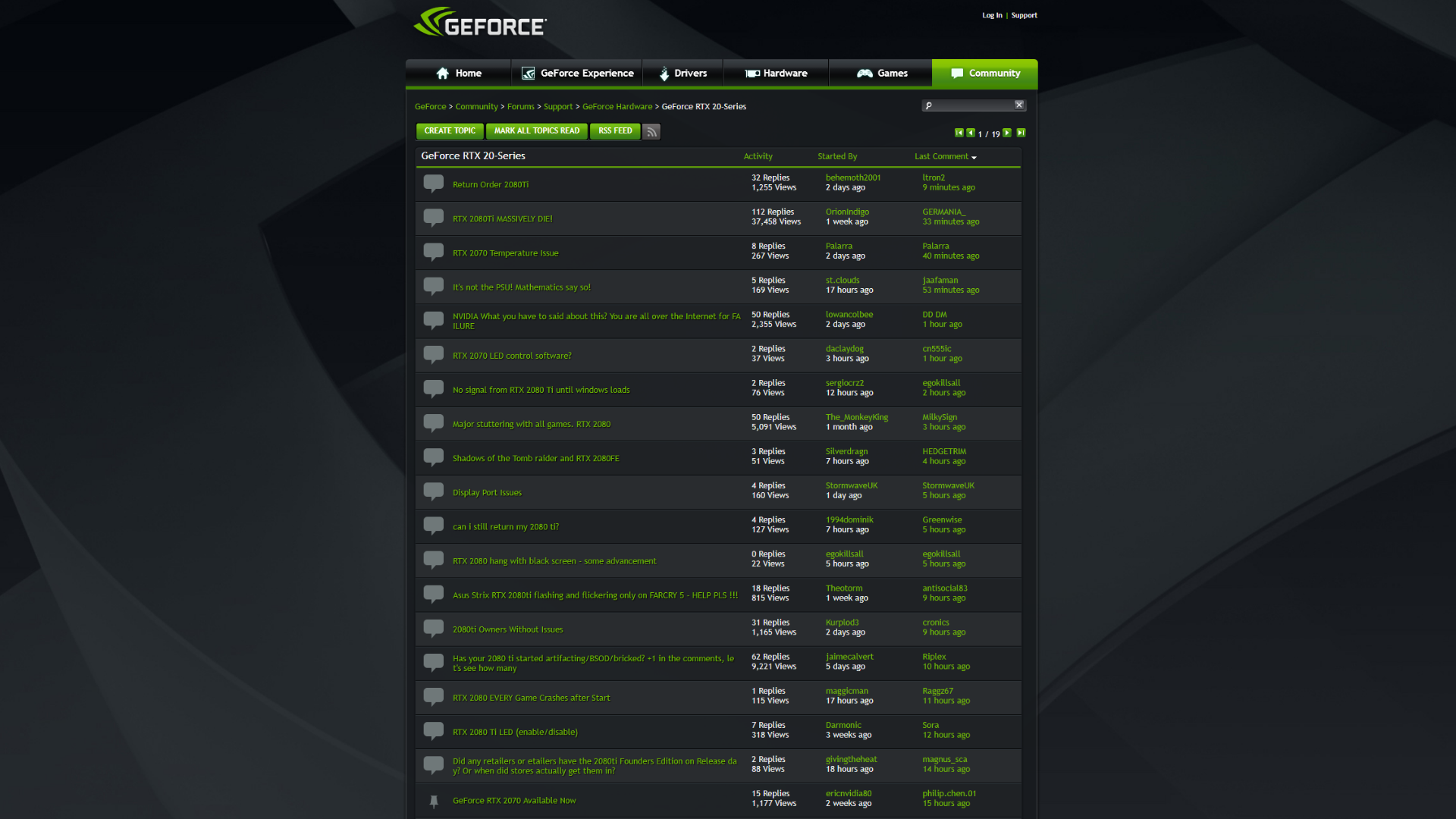 But this time the numbers appear, based on reporting so far, that there are quite a few more than normal.  Visiting the GeForce forums unveils quite a few threads regarding dead or dying RTX 2080 Ti or tales of RMAs gone wrong.  The most common occurrence seems to be related to artifacts appearing on screen and ultimately crashing to black and never recovering.  Artifacts like shown in the threads are typically results from unstable memory overclocks, or just bad memory, which has caused quite a bit of finger pointing towards the GDDR6 memory used on the RTX 2080 Ti.  But that's kind of a hard sell to some since the issues appear to be pretty isolated to the RTX 2080 Ti Founders Edition and not the other AIB variants and cards that also carry GDDR6.

I personally have a friend who's card died on him just this morning after being hit with massive artifacts even on the desktop.  I've actually spent the past several days trying to confirm whether ours was dying or not, thankfully our test card is okay since it turned out to be nothing more than a bad M.2 drive, odd that it would function fine with other cards but the test bench is rock solid again.

Over on the GeForce forums one user has compiled an open spreadsheet to document the problematic cards with serial numbers, issues, RMA status.  Looking over the spreadsheet does indicate that the issues are pretty similar.

NVIDIA did issue this statement to Digital Trends:

NVIDIA is “working with users individually but we are not seeing any broader issues.”

So what about the RTX 2070? Well, there are two of them it turns out.  Both are essentially the same TU106 at heart, but binned differently.  The TU106-400A and the TU106-400 with the A at the end carry all the same specifications except the base and boost frequency.  The TU106-400A is the better binned die that NVIDIA sells to the AIB partner card makers for their more premium versions of the cards while the TU106-400 is the die that you'll find under those few 'budget friendly' $500 versions of the RTX 2070.

Paul of Paul's Hardware found that he was able to get his TU106-400 chip to perform quite well showing the value that could be had by overclockers who would rather play the lottery than buy the better binned chips, give his video a watch as it's really well done and just generally fun to watch, over here.

Meanwhile Steve over at Gamers Nexus found there's quite a large delta between the TU106-400A and the lower binned TU106-400.  They used the $500 EVGA RTX 2070 Black and the same EVGA RTX 2070 XC Ultra to show the differences and I urge you to read or watch their coverage of these two cards to see just how different two RTX 2070s can be.

Long and short of it really is that these are two very different performing chips under the same name, enough so that it would be beneficial to the end user and buyer to know which chip they are buying.  But, there is the flip side argument that you know by buying a better version of the card you're also getting a better binned chip.  Thankfully in either instance you're still getting the guaranteed clock rate listed on the package of the card you bought, so as with all things the silicon lottery still exists.   Sound off in the comment section on either of these topics and let us know what you think about it.