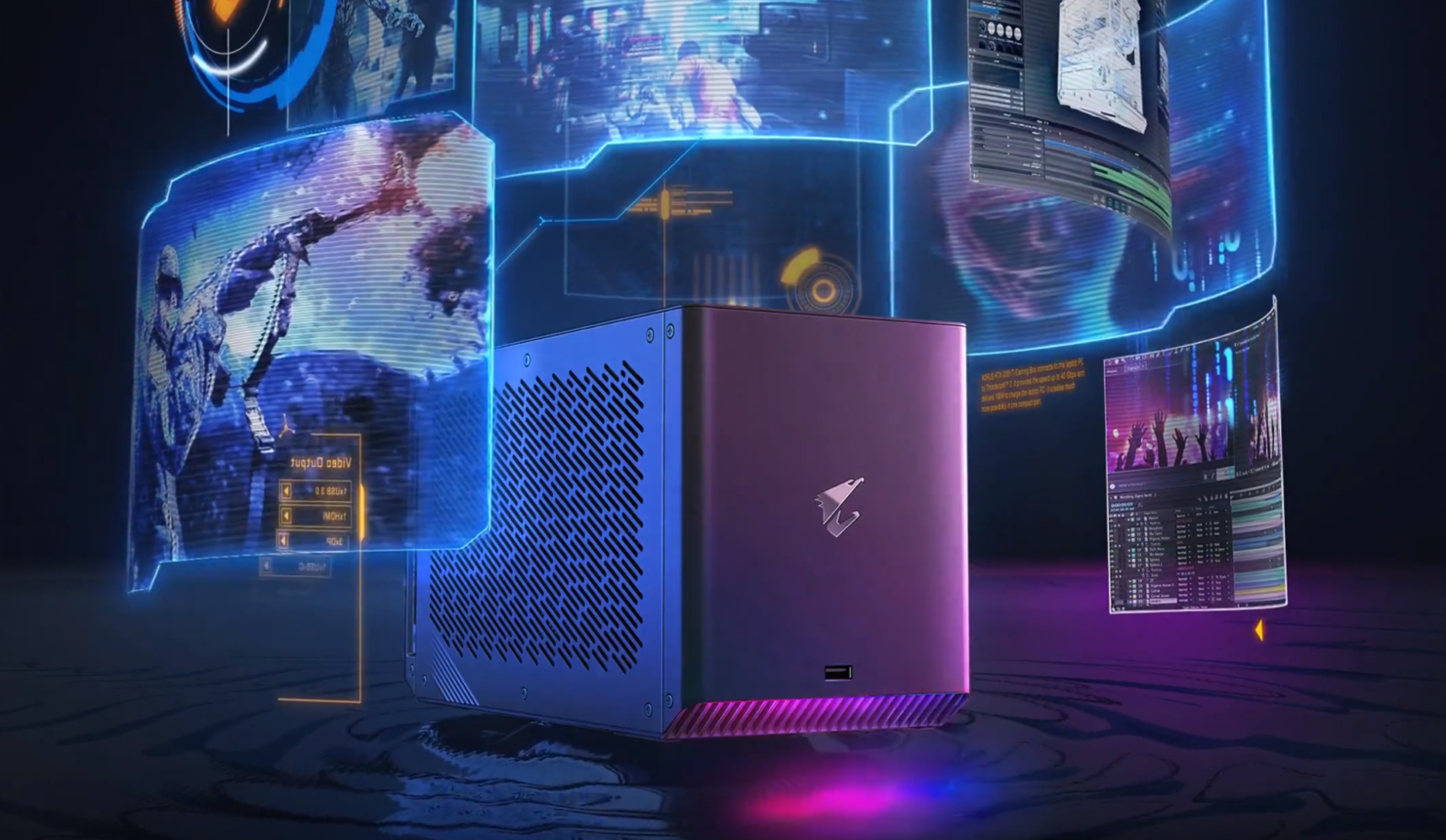 Since this box is completely external, it does not need to stay plugged in to the computer, meaning this box would be perfect for a student (or someone who only has a laptop/notebook but wants an amazing gaming experience) who needs to have the mobility of the laptop but the upgraded gaming experience.

The graphics card that is installed into this gaming box is an AORUS RTX 2080 T Waterforce, which as of now is only beaten by the RTX Titan in terms of raw performance. This TU102-powered GPU is a bit uncommon and you would expect an AORUS gaming GPU(a TU104 or Polaris-based GPU) to be installed in this. This graphics card is not overclocked in any way even though this GPU is water-cooled, The water-cooling is an AIO kit with a copper base plate and a two separate 120mm fans. The specifications of the graphics card are listed below:

It looks like the AIO cooler inside the gaming box is the Aorus Waterforce, which consists of a 240mm aluminum radiator and two 12mm fans, this allows for more than accurate cooling for the RTX 2080 Ti, so in theory, one could easily manual overclock the RTX 2080 Ti.

This gaming box is going to be very expensive compared to other gaming boxes on the market, The price of an RTX 2080 Ti alone is almost $1,200. Compared to the RTX 2070 gaming box by Aorus is listed as $685.00 on Amazon (currently).

I can't recommend this Gaming box to the average user / PC maker because of the prospective price being high above a normal RTX 2080 Ti and the limiting feature as the graphics card will be bottlenecked by the transfer speed of the connection. This does look to be connected by USB Type-C which would still bottleneck the graphics card, but the severity would be dependent on the type of USB Type-C that the is plugged into the Laptop or Notebook, on top of that the laptop or notebook would need to have a CPU that is able to not be that harsh of a bottleneck for the graphics card.