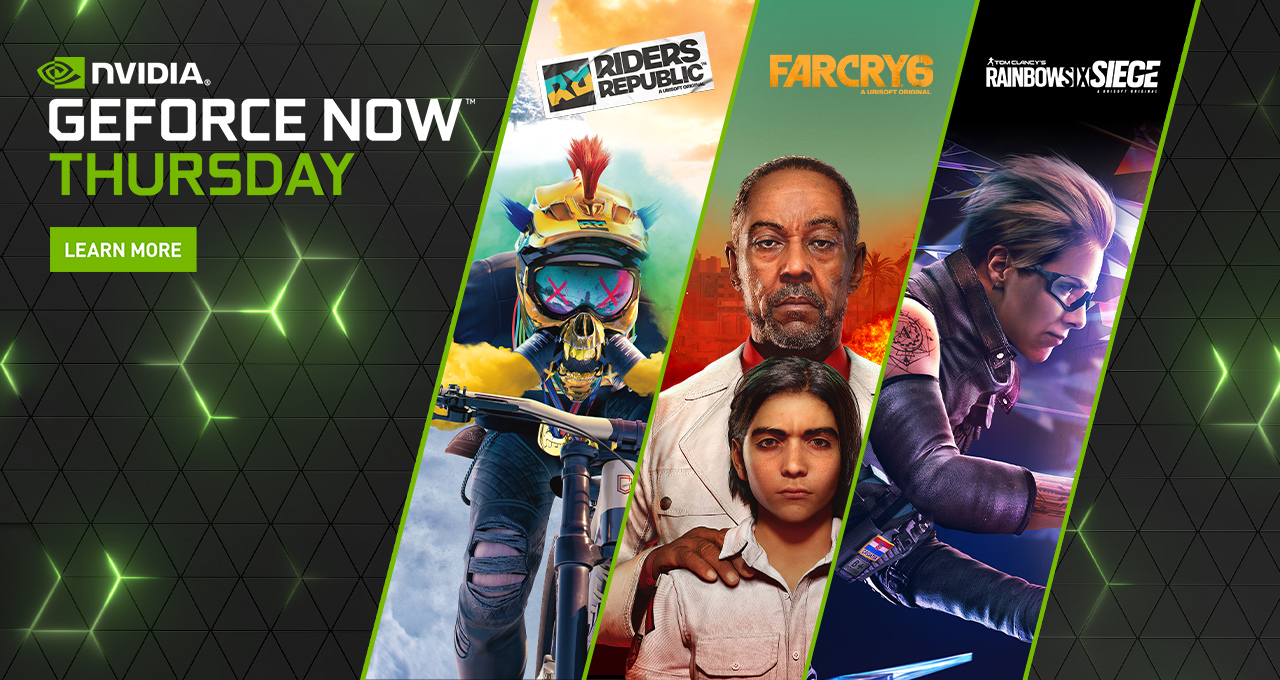 Today's GFN Thursday brings big news to GeForce NOW members. Two of Ubisoft's games — Far Cry 6  and Riders Republic — will be joining NVIDIA's Cloud Gaming service when they launch in October. This means that even gaming rig owners that don't meet the suggested requirements will be able to play the games on nearly all of their devices.

in Rider's Republic, players join a massive multiplayer playground and enjoy a wide range of outdoor sports and high-speed action. With more than 50 players in real-time, you can play solo or squad up with friends to take on downhill races, dominate maps in team vs. team competitions or challenge yourself in PvP modes and Events.

Alternatively, Far Cry 6 will let players become part of a revolution as Anton Castillo's promise to restore the former glory of the island of Yara becomes a reality. Players will take on the role of Dani, a Yara resident set on fighting against a corrupt regime and taking down a brutal dictator with the aid of the Yaran Guerrilla Fighter Rebels.

In addition, from September 9-12, GeForce NOW users will be able to play Tom Clancy's Rainbow Six Siege for free in preparation for the new Crystal Guard Update. The update features a revamp of three maps, balance updates on several Operators, a new way to customize Elite uniforms, and more. You can read all about this update here.

Of course, since this is GFN Thursday, there are still a few more game titles to announce. 10 more games will be joining the GeForce NOW library this week. The list of games includes: