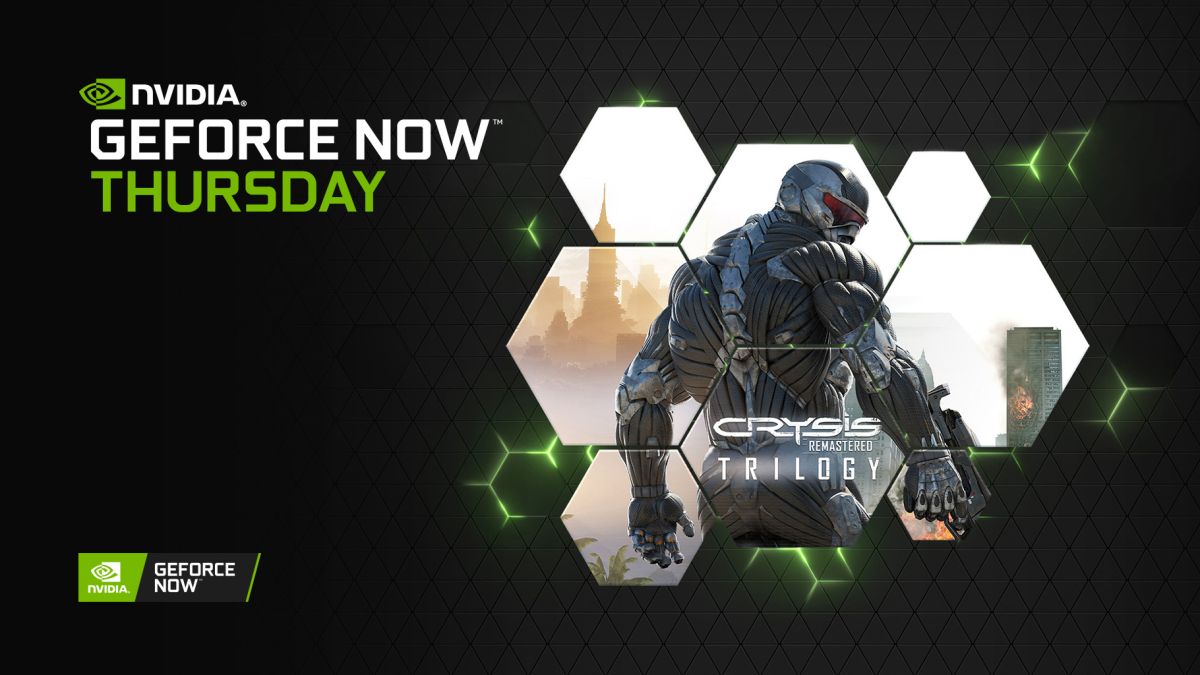 Another week, another GeForce NOW Thursday packed with releases for the platform that allows low-end PCs (and nearly any device, for that matter) to become a gaming rig. This time, NVIDIA added several Crysis games including the newly released Crysis Remastered Trilogy. Crysis Remastered will come complete with support for RTX ON and DLSS for Founders and Priority members.

Steffen Halbig, project lead at Crytek, had the following to say:

Thanks to GeForce NOW, players everywhere can experience Crysis Remastered at the quality we always envisioned. When someone asks, ‘But can it run Crysis?’ countless more players will be able to say a resounding ‘yes,’ streaming from the cloud.

The Steam and Epic Games Store versions of the first game's remaster will both join GeForce NOW today. The Full Remastered Trilogy will stream from the cloud at launch tomorrow. The trilogy, as the name implies, consists of the remastered versions of Crysis, Crysis 2, and Crysis 3. Like before, Founders and Priority members will have access to RTX and DLSS support.

The full list of games that will be included on GeForce Now includes:

GeForce NOW has added support for several games including Beyond Contact, Kena: Bridge of Spirits, Sable, World War Z: Aftermath. Oher high-profile additions include games such as Far Cry 6, Riders Republic, and Rainbow Six Siege.  One can only wonder what new titles will be added to GeForce NOW in the coming weeks... Or if any of the listed entries in the leak happens to be real.