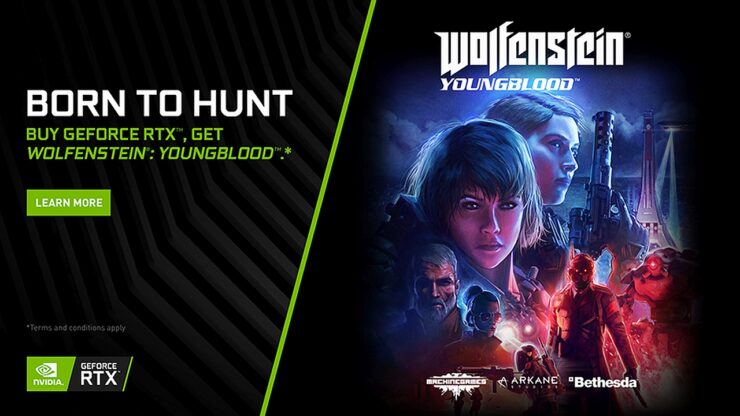 NVIDIA pushed a new GeForce driver out today, version 431.60. This GeForce driver is optimized for the upcoming releases of Wolfenstein: Youngblood, Wolfenstein: Cyberpilot (for VR), Madden NFL 20 and the first Metro Exodus DLC. Titled The Two Colonels, here's what the DLC will include:

Coming in Summer 2019, the first story players will follow, The Two Colonels, is that of Colonel Khlebnikov, just below the surface, under the dead city of Novosibirsk, as he makes his way home to his son, Kirill, for New Year’s Eve.

But all is not well with the people here: the slime is further consuming the tunnels, mutant attacks appear to be on the rise and the precious ‘green stuff’ that protects the people from radiation poisoning is running low. In order to secure the survival of the people, those in charge may need to take drastic measures …

Following the journey and experiences of Khlebnikov during the last days of life in Novosibirsk, which Colonel Miller retraces a year later, players can expect the classic story-driven gameplay of the Metro series in this new linear chapter, complete with a brand new weapon, the deadly flame-thrower; claustrophobic environments; and the all-too-familiar hair-raising tension.

As usual with any new driver release, NVIDIA also packed in a few extra fixes and additions. Check out the highlights below, or read the full changelog right from the official driver's document.