Geekbench 5 Is Here With New CPU and GPU Benchmarks 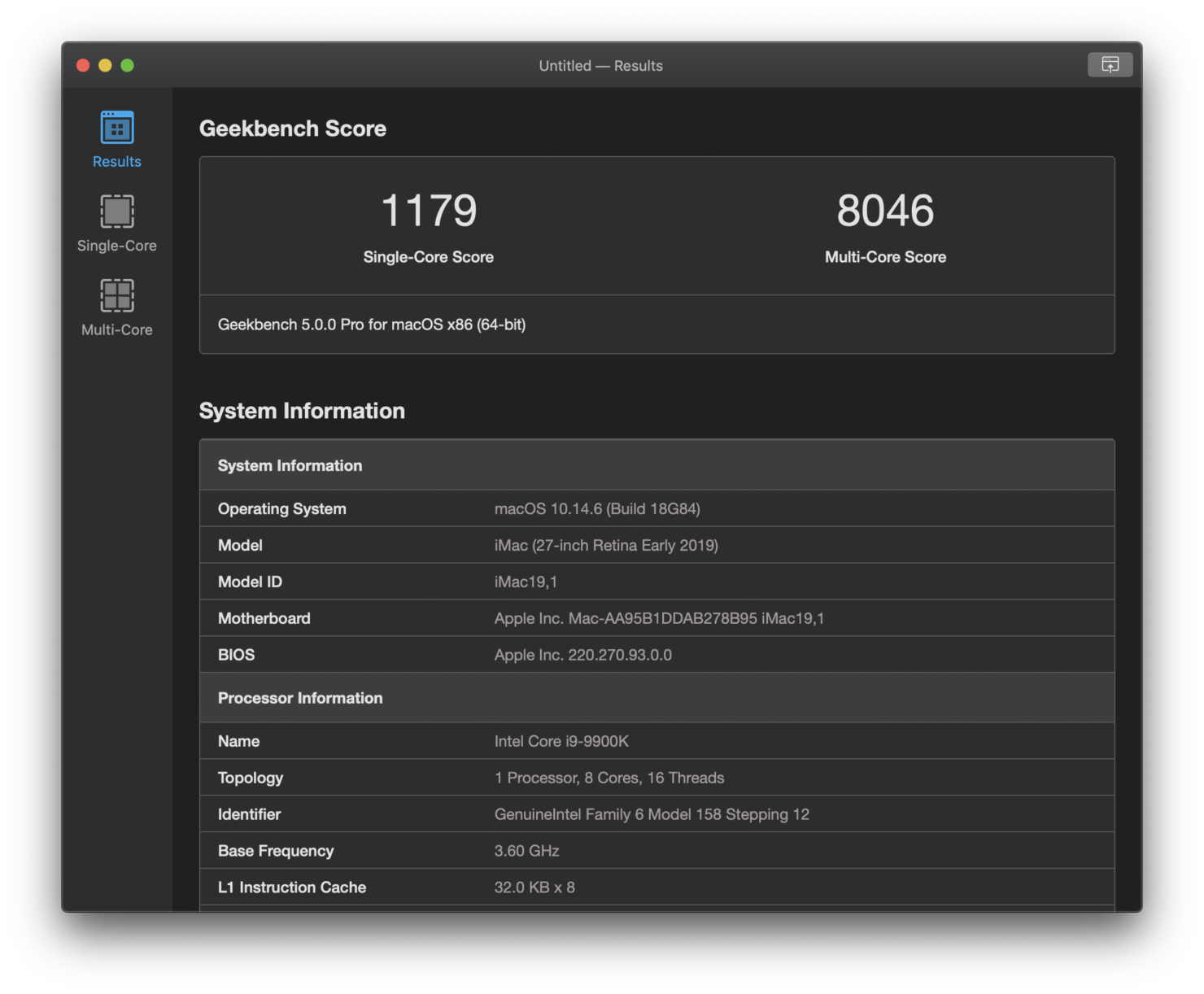 Primate Labs, the developers behind popular benchmarking app Geekbench, announced a new version of the software today. Geekbench 5 comes with a host of new tests Dark Mode (because that's a necessity now) Here are some of the new features that the software brings, according to the official website.

Geekbench 5 introduces brand new CPU benchmarking tools which analyze your system based on different types of loads such as Augmented Reality and Machine Learning. Existing tests have also been optimized to improve performance and have been extended to include larger data sets. The scores are calibrated against a baseline score of 1,000 (which is the score of a Dell Precision 3430 with a Core i3-8100 processor). Higher scores are better, with double the score indicating double the performance. It provides two composite scores: single-core and multi-core. These scores are computed using a weighted arithmetic mean of the subsection scores. You can read more about it in detail here.

The GPU benchmark now includes support for the Vulkan API, along with CUDA, Metal, and OpenCL, across Windows, Android, and Linux. Geekbench 5 provides one overall score for the Compute Benchmark. The overall score is the geometric mean of the scores of the individual Compute workloads. Each Compute workload has an implementation for each supported Compute API. Due to the nature of Compute APIs, the performance difference can be due to more than differences in the underlying hardware. Find out more about it here.