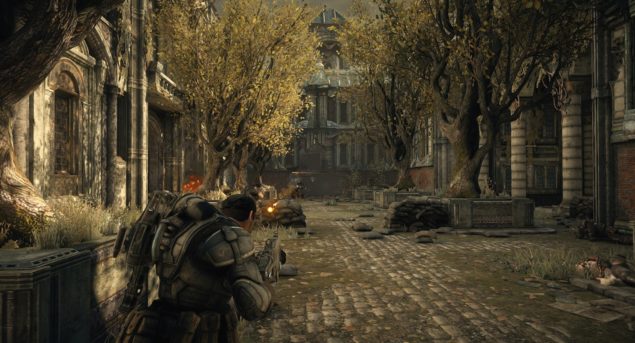 Gears of War Ultimate Edition PC has been sneakily listed on Windows Store. You can't search for it currently, but somehow Twitter user @M578Fury managed to catch the page, which features nine Gears of War Ultimate Edition PC screenshots. We have grabbed them for your viewing pleasure; they're not rendered at 4K resolution, but they still give a pretty good idea of what we can expect.

There's a lot more on the store page, though, such as the file size - a whopping 52.76GB, which will occupy a fair portion of any hard drive.

Of course, possibly the most important information is the one detailing the requirements for Gears of War Ultimate Edition PC. Interestingly, Microsoft has added another type of specs to the usual minimum and recommended: ideal specs. You'll need Windows 10 and specifically the 1511 build to play the game, too, though that was expected since the game has been remade for DirectX 12.

There's nothing about the release date, but Microsoft might reveal that information later this week in a press event, so stay tuned. In the meantime, you can check our review of the Xbox One version.