A month ago, we reported the words of The Coalition's Director of Community Adam Fletcher, who urged fans not to worry about Gears of War Ultimate Edition PC. 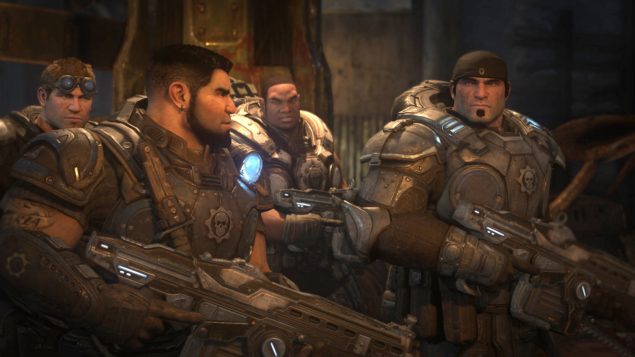 According to Fletcher, the team had been working on polish and performance specifically for this version. The game was originally expected to hit the platform before the end of the year, but at this point it's clear that fans will have to wait 2016.

Still, Xbox Head Phil Spencer mentioned yesterday that it should be released "not too far into 2016".

@therealdealadam @brycethatoneguy Haven't announced dates yet but won't be too far into 2016.

Considering that Gears of War Ultimate Edition PC was announced alongside Killer Instinct, which will be debuting on PC in March (coinciding with the start of Season 3), there's hope that it will launch within Q1 2016.

When it comes out it should be worth it, though. As reported three months ago from an interview with Eurogamer, the developer is making the game a proper showcase: Gears of War Ultimate Edition PC will support 4K, unlocked frame rate, DX12 and async compute.

We have put significant effort into making the Windows 10 version a showcase at 4K, geo and textures were re-authored with 4K in mind so the visual fidelity will really scale up on higher end hardware. We plan to uncap the frame-rate and will ship with a built-in benchmark mode. For anti-aliasing we’ll support MSAA and FXAA.

We are still hard at work optimising the game. DirectX 12 allows us much better control over the CPU load with heavily reduced driver overhead. Some of the overhead has been moved to the game where we can have control over it. Our main effort is in parallelising the rendering system to take advantage of multiple CPU cores. Command list creation and D3D resource creation are the big focus here. We’re also pulling in optimisations from UE4 where possible, such as pipeline state object caching. On the GPU side, we’ve converted SSAO to make use of async compute and are exploring the same for other features, like MSAA.

Gears of War Ultimate Edition came out for Xbox One earlier this year. You can read Jeff's review here and a list of features below.