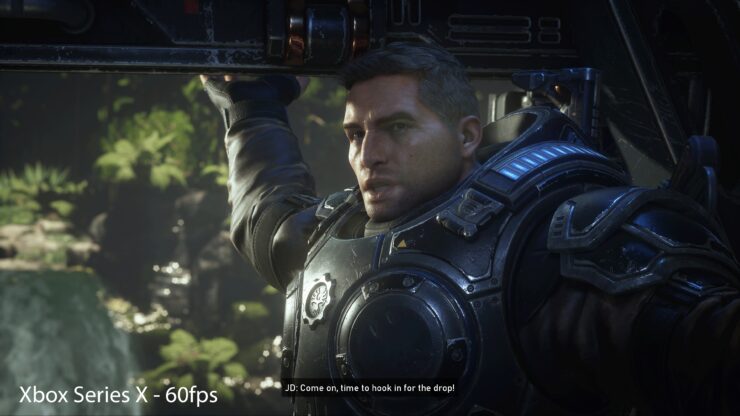 Gears 5 was the first already released Xbox Game Studios title to be confirmed for Xbox Series X enhancement. The developers revealed their plan to use the full PC Ultra settings as a baseline while running at 60 frames per second and adding a 50% higher particle count on top of that. The subsequent Digital Foundry analysis confirmed that the Xbox Series X preview build of Gears 5 already delivered RTX 2080 Ti levels of performance.

Now, in an interview with Windows Central, Gears 5 developer Mike Rayner (The Coalition's Technical Director) expressed his excitement for the I/O improvements enabled by the Xbox Series X. He then added that Sampler Feedback Streaming is potentially a game-changer that can further increase texture detail.

As a game developer, one of the most exciting improvements that far exceeds expectations is the massive I/O improvements on Xbox Series X. In the current generation, as the fidelity and size of our worlds increased, we have seen download times and install sizes grow and increasing runtime I/O demands, which have made it challenging to maintain load-times expectations and meet world streaming demands without detail loss. The Xbox Series X has been holistically designed to directly address this challenge.

With the Xbox Series X, out of the gate, we reduced our load-times by more than 4x without any code changes. With the new DirectStorage APIs and new hardware decompression, we can further improve I/O performance and reduce CPU overhead, both of which are essential to achieve fast loading. As we look to the future, the Xbox Series X's Sampler Feedback for Streaming (SFS) is a game-changer for how we think about world streaming and visual level of detail. We will be exploring how we can use it in future titles to both increase the texture detail in our game beyond what we can fit into memory, as well as reduce load times further by increasing on-demand loading to just before we need it, instead of pre-loading everything up-front as we would use a more traditional 'level loading' approach.

However, Microsoft might have quite a few software tricks up their sleeves between the DirectStorage API, Sampler Feedback Streaming, and the new BCPack compression system tailored for GPU textures.

On a related Gears note, the XCOM-like spin-off Tactics made by Splash Damage is about to come out on PC (Microsoft Store and Steam), with an Xbox One port due later this year. Look forward to our review next Monday.