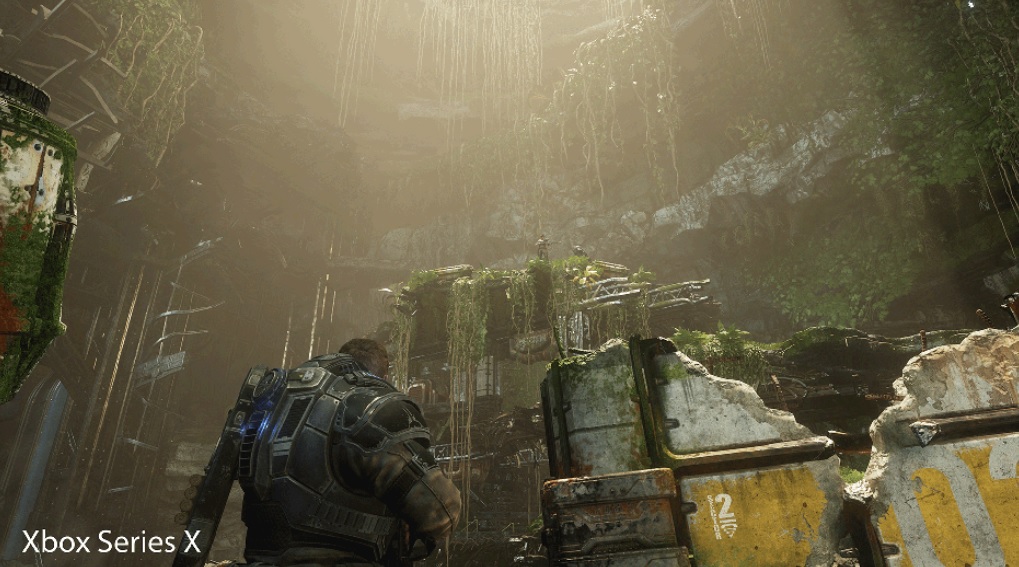 The Coalition and Microsoft have announced that a free Gears 5 Xbox Series X Upgrade will be available for those who own the game on Xbox One.

In addition, Gears 5 developer The Coalition also showed off how it’s optimizing its latest Gears installment for the Series X, which will offer vastly improved visuals, extremely fast loading times and framerates well over 100fps. Last but not least, it was announced that this Xbox Series X Optimized version of Gears 5 will be available upon launch, and those already owning the game on Xbox One will receive the optimized version for free. We’ve included an animated gif showing the difference in visuals between the Xbox One X version and Xbox Series X version down below.

According to The Coalition, the optimized version of Gears on the Series X will be using the full PC Ultra settings with "higher resolution textures and higher resolution volumetric fog, as well as a 50% higher particle count than the PC Ultra Specs allowed." In addition, the game's opening scene was shown off running in 4K resolution at 60FPS.

Aside from higher resolution textures, volumetric fog and particle counts, the power of the Xbox Series X also allowed the team to turn on previously implemented features that had to be turned off for the Xbox One X version, including contact shadows and self-shadow lighting on plants and grass.

Last but not least, it was shared that The Coalition already has the game running in framerates over 100fps and is looking to implement 120fps gameplay for the game's multiplayer modes.

The Xbox Series X is slated for a Holiday 2020 launch. An exact release date, as well as the console's pricing, has yet to be announced.