GDC, the yearly Game Developers Conference, will be held once again at the Moscone Center in San Francisco, California, between March 16th and 20th.

As usual ahead of GDC, the organizers have conducted a survey among game developers. The report just came in, and it's very interesting to look at. For instance, it seems like among consoles interest for the upcoming PlayStation 5 is higher than Xbox Series X (38% vs 25%), and the PS5 even manages to narrowly beat the Nintendo Switch (37%). PC remains king, though, with 50% of the preferences. 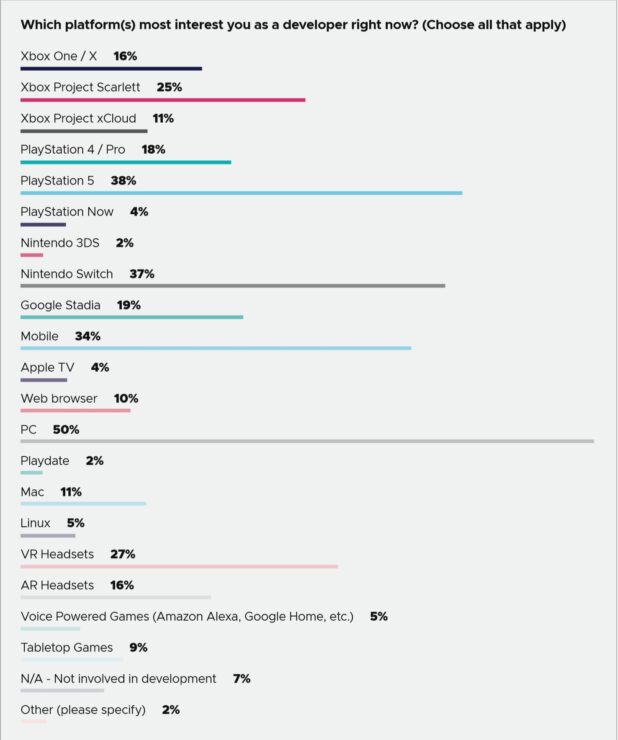 The GDC survey also asked developers whether they are focused on next-generation platforms, current-generation platforms, or both. Perhaps unsurprisingly, the latter two options still dominate the results with 22% and 34%, respectively, while only 5% of the participants in the survey are developing a next-gen only game. The remaining 39% replied that they don't know yet at this time.

A section of the survey was specifically dedicated to the ongoing PC digital stores war. The GDC report suggests developers believe 15% would be an adequate fee for Steam, instead of the current 30%. Only 6% of the developers are okay with the current deal. 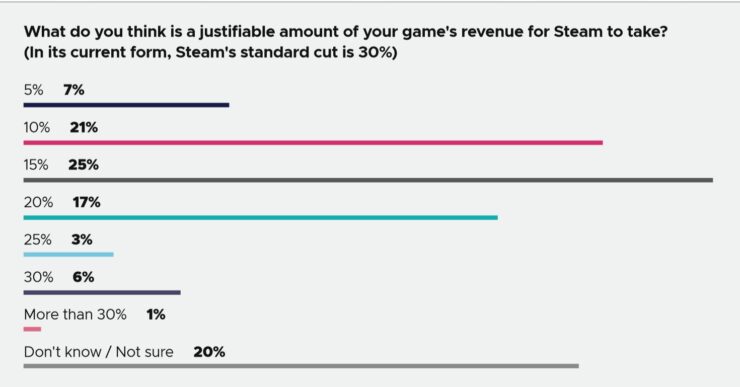 Additionally, 40% of the participants in the GDC survey are convinced the Epic Games store will turn out to be a success in the long run, while 35% replied 'Maybe', 18% 'Don't Know', and only 7% said no outright.

On the mobile front, Android remains slightly more popular than iOS with 50% vs 48% preferences, though interestingly there seem to be fewer developers working on mobile titles as 43% of the respondents (up from 39% last year) said they were not making games for mobile platforms.

Lastly, on the Mixed Reality front, 25% of the respondents believe Virtual Reality will be the dominant technology in the next five years; 32% picked Augmented Reality instead, while 19% said they'll be about the same in importance and 16% said neither will be important at all. The remaining 8% wouldn't commit to any of the aforementioned options.

The greatest interest in a VR or AR platform lies by far in the Oculus Quest, though, which is again expected after the runaway success of the wireless, untethered device. 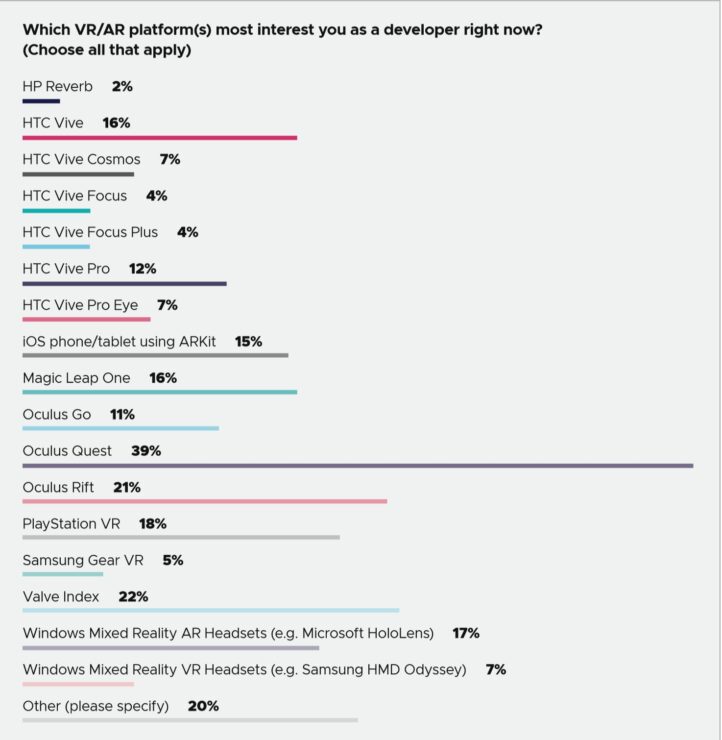