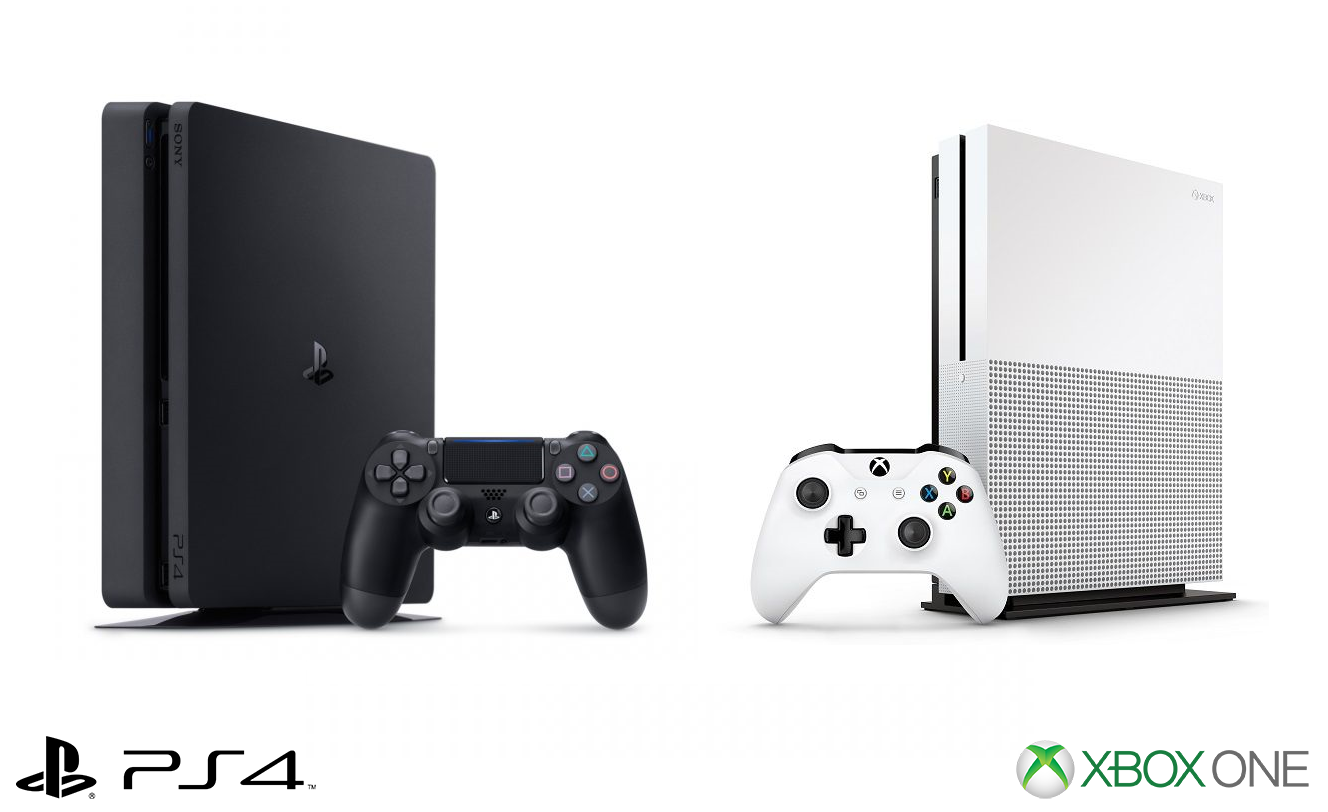 Now that the slimmer, more aesthetically-pleasing versions of Sony and Microsoft’s eighth generation video game consoles are out, electronics retailers have started to offer easy-to-avail deals for those who are looking to upgrade from their current standard PlayStation 4 and Xbox One consoles. GameStop has announced a new trade-in deal that allows consumers to get their hands on either PlayStation 4 Slim or Xbox One S for $175 only by trading-in either of their current system.

The American video games retailer is apparently the first one to come up with a trade-in deal for the new systems. Normal retail price of a standard 500GB PlayStation 4 Slim is $300, the same goes for a 500GB Xbox One S system. If you bring your current PlayStation 4 or Xbox One to your local GameStop (find a store here), the retailer will pay you $125 in credit that will go toward the purchase of either of the new consoles, this means your new PlayStation 4 Slim or Xbox One S will cost you $175 only, before tax. 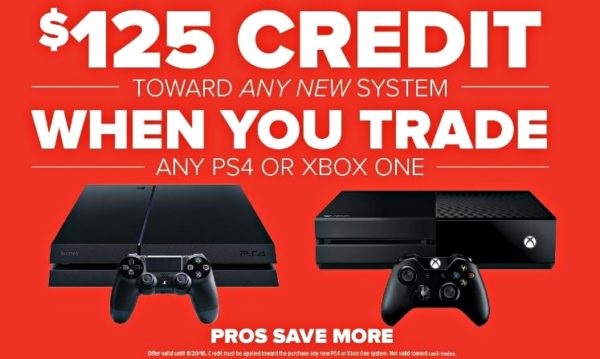 Of course, this is a limited-time offer that runs from now through September 20. So, if you are interested, make haste and contact your local GameStop to learn more about the full terms and conditions of this trade-in deal and find out how exactly you are going to avail it.

The Xbox One S launched back in August, and the PlayStation 4 Slim released just a few days ago on September 15. Besides being slimmer and sleeker, the Xbox One S features slightly better hardware capabilities that allow players to experience video and Blu-ray in vibrant 4K resolution. It also delivers enhanced gaming experience with HDR (High Dynamic Range) technology 4K upscaling. The PlayStation 4 Slim, on the other hand, only features HDR.

Which new console would you rather upgrade to? Share you thoughts in the comments section below.