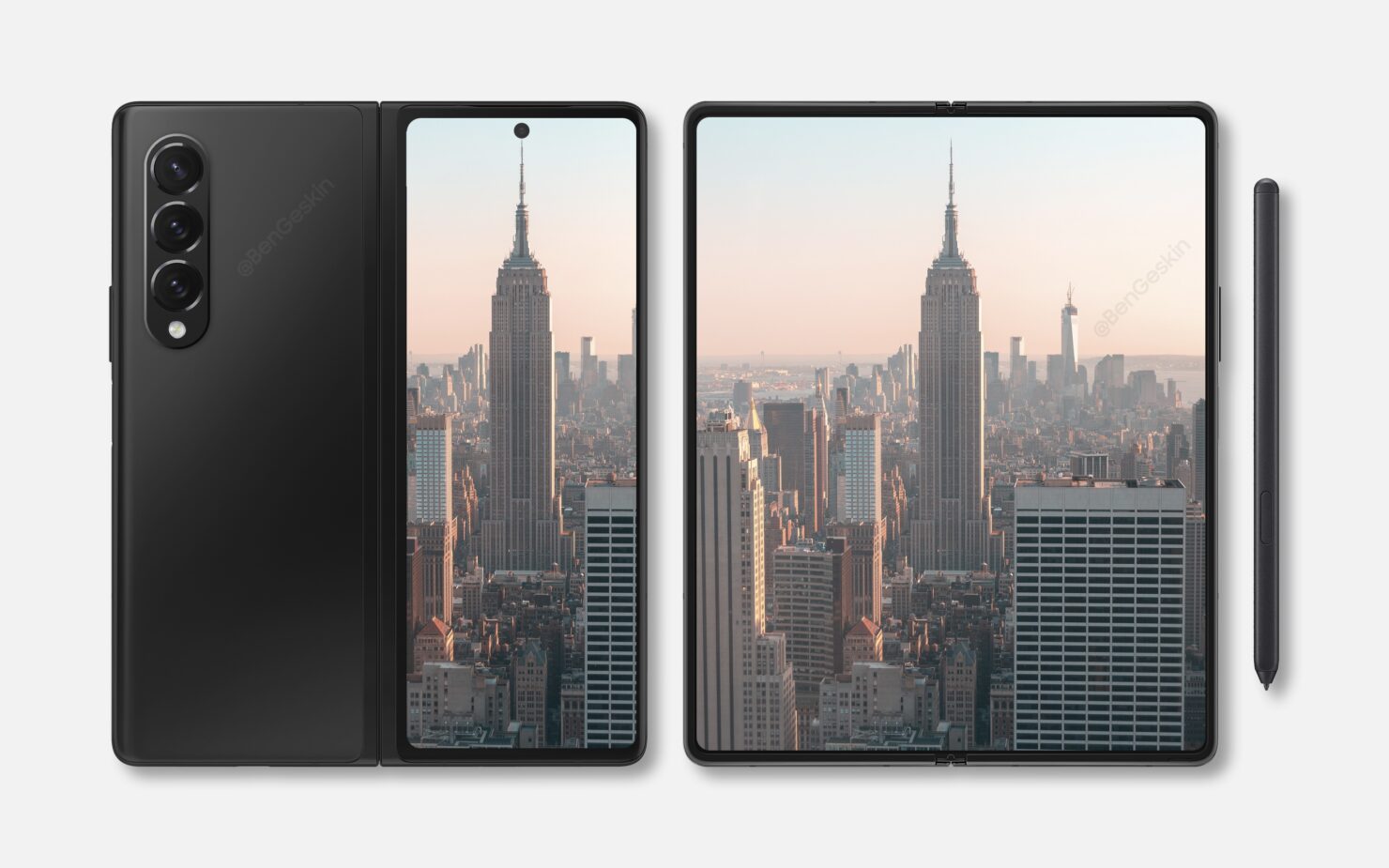 Only yesterday, both the Galaxy Z Fold 3 and Galaxy Z Flip 3 went through massive leaks via promotional marketing material that Samsung had potentially prepared for the devices. After all, they are launching in July, so some preparation is in order. However, the images were poor in quality and, therefore, failed to prove a lot.

Some artists have taken it upon them to create some concept renders in high quality based on the leak from the promotional material, and the results are surprising and accurate. These renders are made by various industry insiders, including Ben Geskin, The Galox, and LetsGoDigital, and shed light on what the devices are going to look like.

Let's first look at how the Galaxy Z Fold 3 will be looking like.

It is safe to say that the Galaxy Z Fold 3 will be the more expensive and more superior device of the two. Still, I love how Samsung has decided to use an entirely different DNA this time around rather than basing this foldable on a previous device. With that said, the phone does look gorgeous, and for anyone who is looking for the most advanced foldable, this is the one that you should be going for. I would point out these renders because they show a punch-hole camera while the marketing material has revealed that the Z Fold 3 will ship with an under-display camera. So, I would like to see how that plays out when proper renders stop dropping.

The Galaxy Z Flip 3 is a bit more conservative than the Galaxy Z Fold 3 but still manages to hold up its own. Obviously, Samsung is not pitting these devices against each other, so there's that. We know both devices will bring some ingress protection but what we do not know at this point is whether the Galaxy Z Flip 3 will also support S-Pen or an under-display camera because the marketing material did not reveal anything.

Whatever the case might be, the release date is getting closer and closer. So, you should expect to see more information on these phones drop.