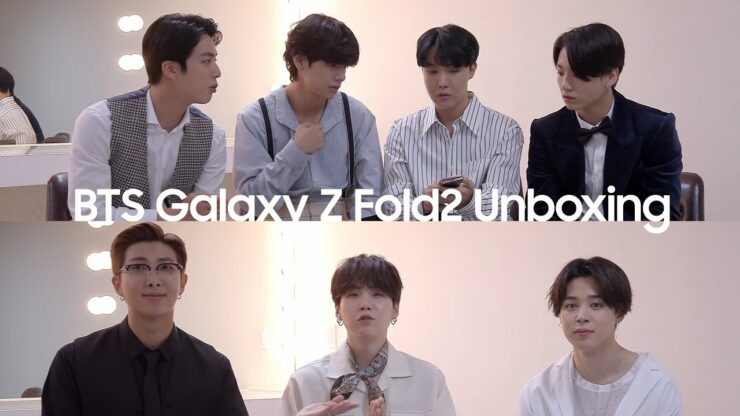 It has been less than 24 hours since the Galaxy Z Fold 2 was launched and in all honesty, Samsung has truly outdone themselves this time. The original Fold was definitely something to drool over, but it was marred by some flaws that made it little less than pleasing, but the second generation of the device is looking much better in overall build quality and looks, as well. It packs powerful hardware and is definitely something many people would be getting.

Samsung has appointed BTS, the K-Pop group as their brand ambassador and it makes sense, as well. BTS happens to be one of the largest bands in the world, with a massive fan following, and they originate from the same country as Samsung does. Samsung even unveiled a BTS Edition of the Galaxy S20 Plus recently, but this time, things are different.

Samsung handed the Galaxy Z Fold 2 device to the BTS stars to unbox and give their first impressions, and we cannot have enough of it. The video was posted on the official Samsung channel last night and people are loving it. You can look at the video below.

Now the video is obviously in Korean, but it does not take a genius to understand that BTS are definitely very excited about the phone. Now, obviously, it can be said that they are the brand ambassadors, so it makes sense, but such reactions are not scripted in any way. They are genuinely excited about how the phone is, and in all honesty, as am I. Not because I love BTS, but because the phone has genuinely intrigued me to the max.

The Galaxy Z Fold 2 is one of the finest options available in the smartphone market, if you are looking to pick one up, you can pre-order the device this very moment. Let us know what you think of it.